I want more ferns for our fern wall and some of our ferns are ripe for dividing. After breaking the bank with our flat renovations and garden last year, I’m keen to save money by propagating from the plants we have (it’s also much more interesting and, as you probably know, I’m a propagation geek…). Dividing ferns is pretty easy, and below is how I do it.

Step forward one of my three year old Dryopteris filix-mas, a native fern that is beautiful and tough as old boots. Well, beautiful except after winter… 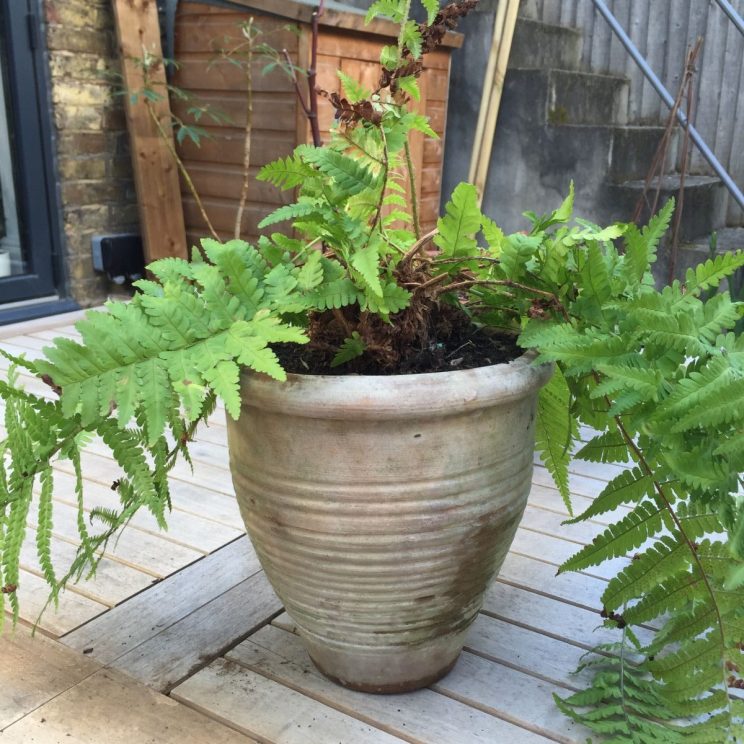 This Dryopteris had five new crowns this year where it previously had one. You can see them easily, it’s the circles of fronds around growing points. Below is a really clear example from another native fern, Asplenium scolopendrium. 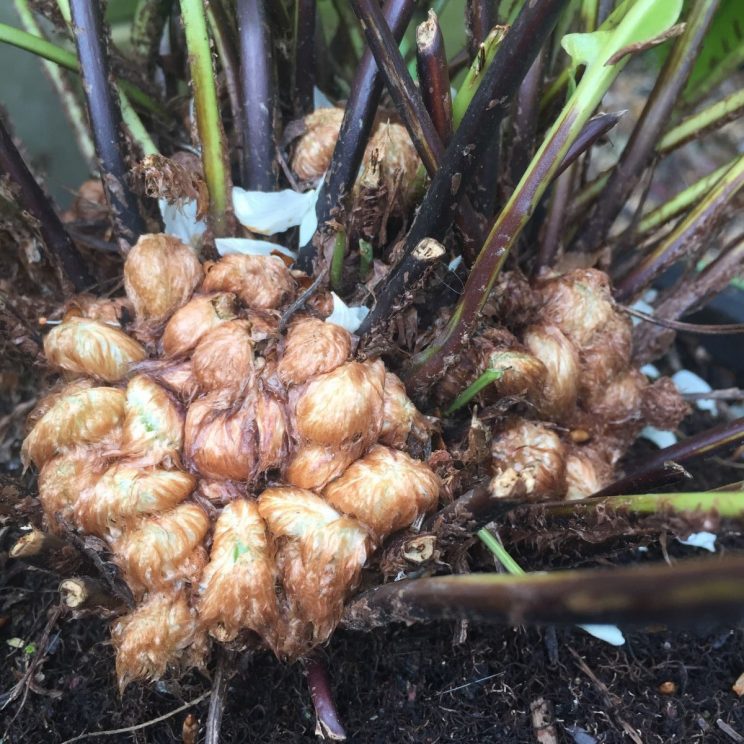 Other ferns, like our native Polypodium vulgare, grow from rhizomes which are above or below ground roots that run through the soil with fronds growing off them every few centimetres. These are even easier to divide because you just take a segment of rhizome with a frond attached. Early spring is a good time to divide a fern before its fronds unfurl, before it comes into growth (or in Autumn apparently). 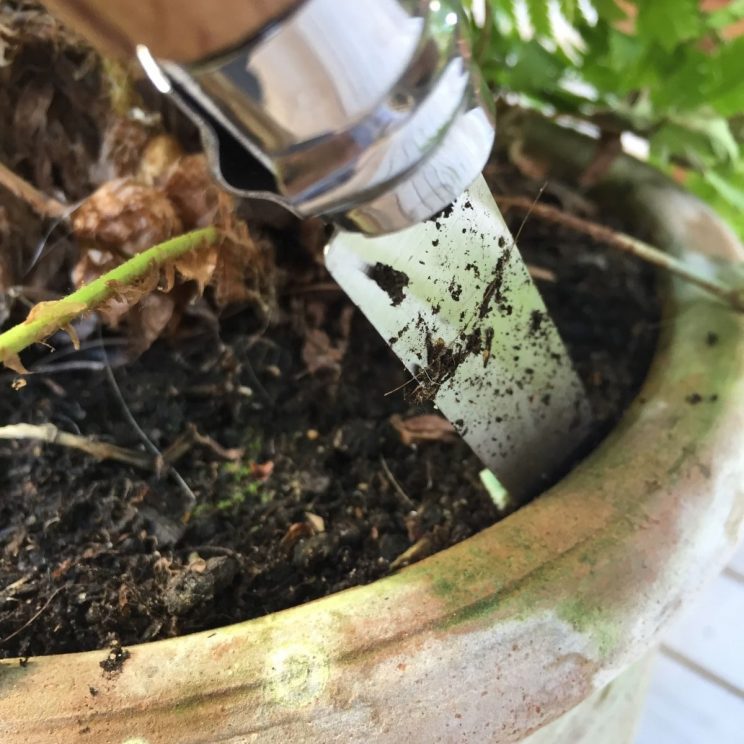 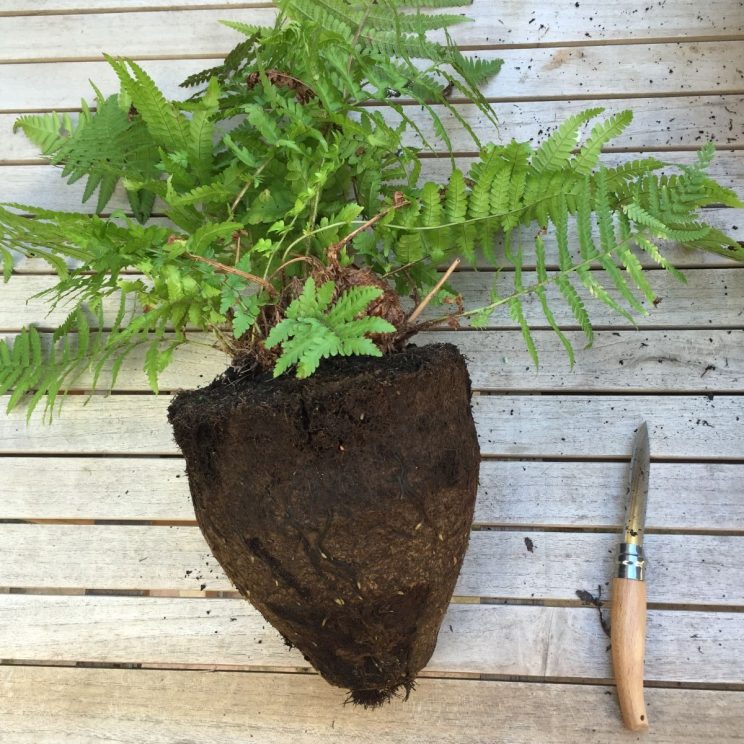 Step 4: Divide the fern with a clean, sharp knife

Next, with a sterile and sharp garden knife, I cut through the middle of the roots and through the join between the largest crown and the other smaller ones. Making sure they each had a good rootball. 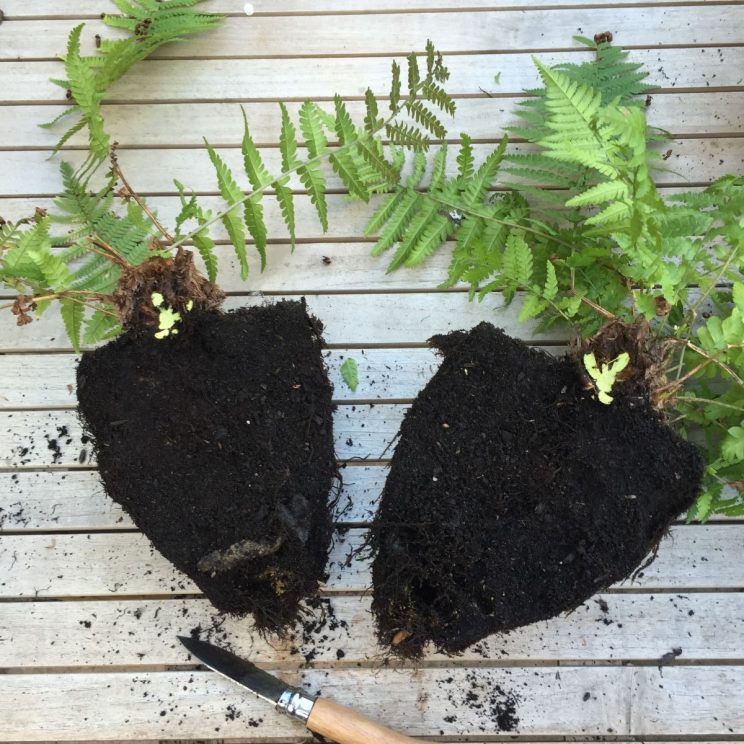 They still have a good root mass each

That would probably do it for most people and you would have two good size plants instantly. Because I was feeling cavalier (and cheap) I wanted more plants, so I cut out two of the smaller crowns too. I know Dryopteris filix-mas is one tough cookie and should continue to grow well as long as the crowns have good roots. 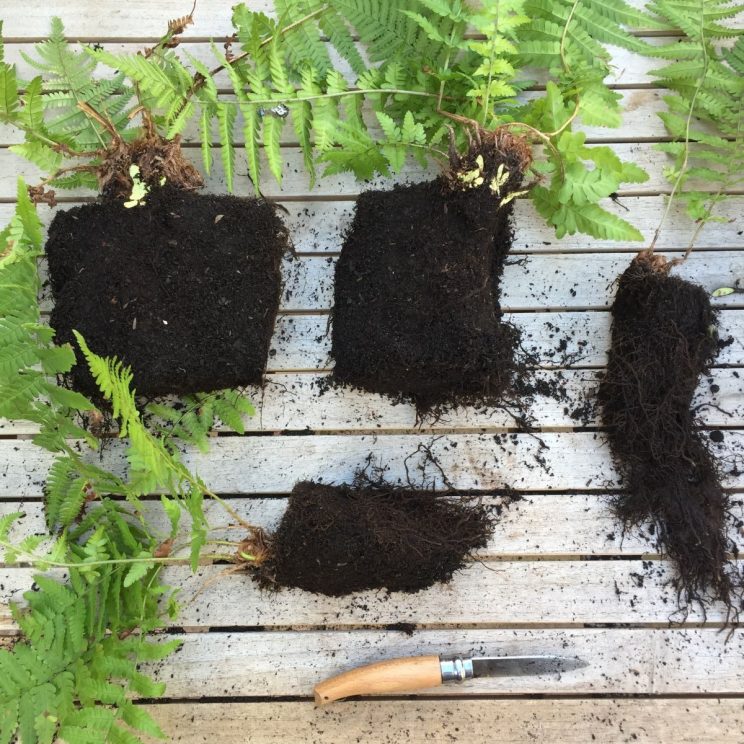 Step 5: Plant up with good compost and water well

Make sure they don’t dry out for the next few months while they establish. Ferns prefer moist media anyway, although Dryopteris filix-mas can withstand some drought once established.