If like me, you may have been coasting along on a post-summer ‘put your feet up’. Well, I’ve got news for you and me, put that cup of tea and newspaper down, there’s work to do!

As we enter Autumn plants generally put on extra growth in a variety of ways. Weed seeds germinate again with gusto, evergreens give a second burst of growth, buds swell, soft stems on shrubs and trees turn woody, late season flowers go into overdrive. This is our signal that while leaves start to turn brown, the garden is in a similar state to spring with warm, damp conditions perfect for miraculous growth.

Things  to do in October…

Across my London based allotment, our courtyard garden and my clients’ gardens I’m making the most of the Autumn weather with the following tasks (if you’re north of Birmingham you should start this right about… a month ago…): 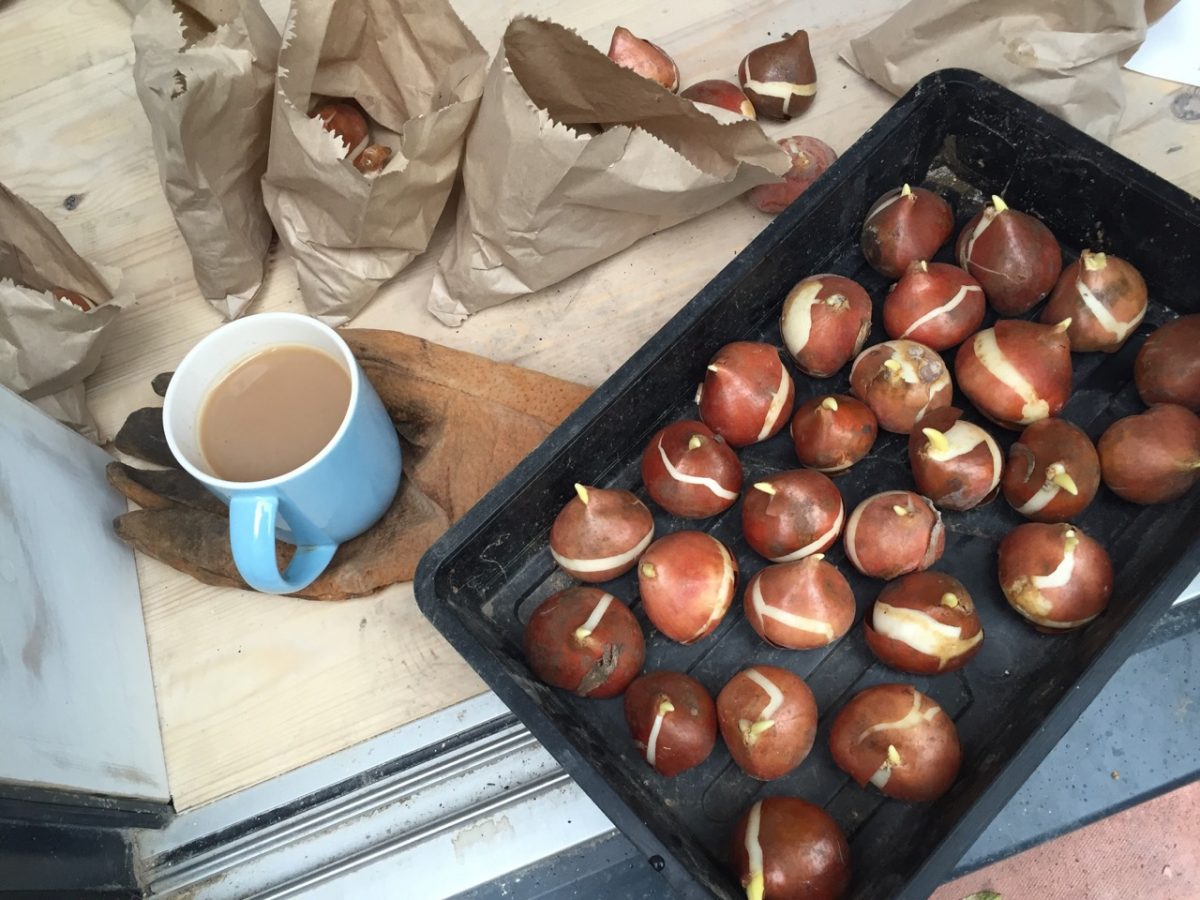 All spring flowering bulbs should really be planted in October except for Tulips which benefit from being planted later in November when the temperatures plummet to ‘Brrr it’s freezing’. This is to help avoid fungal problems on Tulips by planting in cooler weather less favourable to fungus.  Remember that bulbs store moisture and energy so with very few exceptions bulbs like free draining soil (i.e. doesn’t remain soggy). Alliums and Tulips especially like things very free draining. In our garden I’m topping up our purple Alliums and white Fritillaria. On the allotment I have some new Tulips, topping up my purple Fritillaria – I have a lot of bulbs already in our garden and allotment so it’s more about looking after what we have than adding new plants. In client gardens I’m in the process of planting thousands of bulbs across them all. On the vegetable plot, garlic needs planting now too. I’ve kept a number of cloves from last year for this purpose. 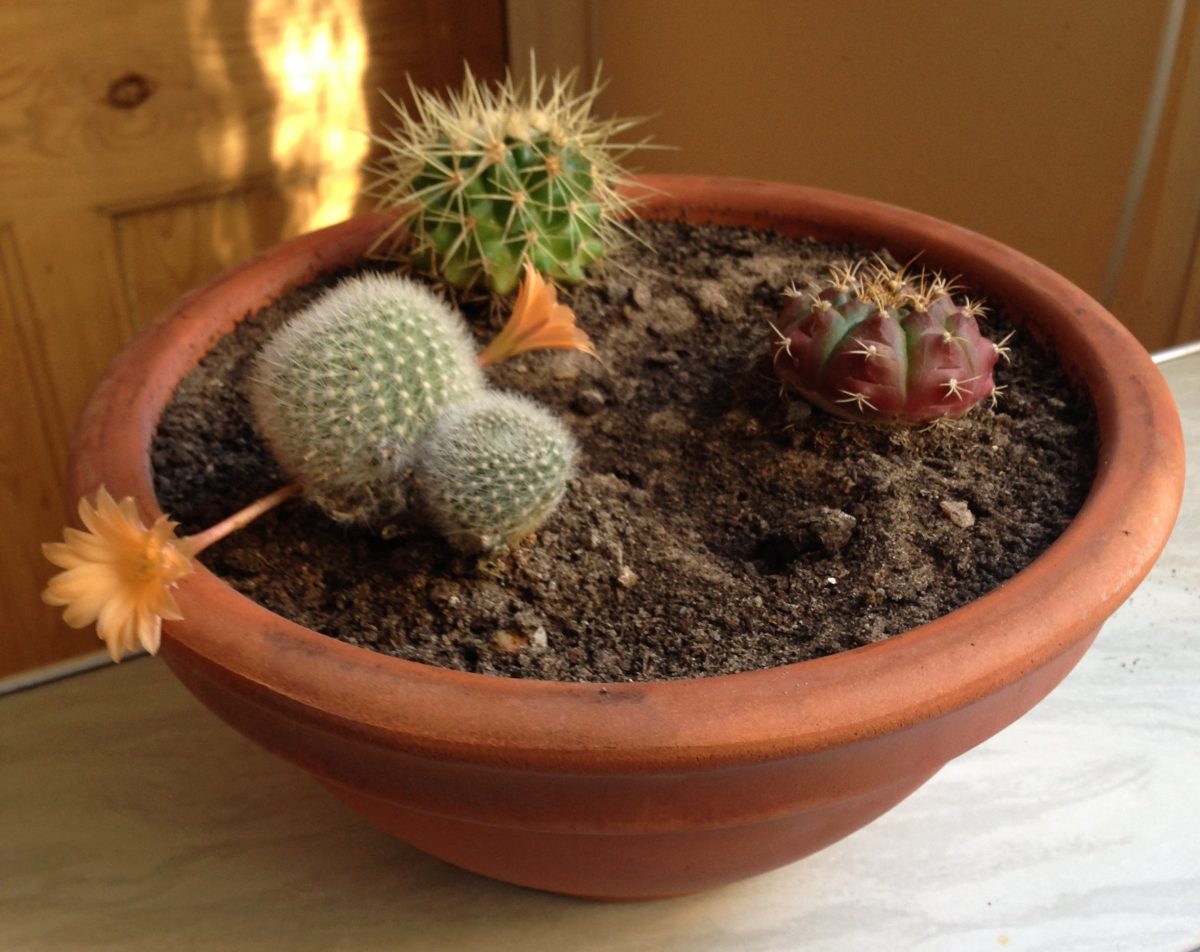 You need to be planting your indoor bulbs asap too now, I’ve just planted my annual display of Hyacinths. My Hippeastrum, now a few years old, has been forced into dormancy. It’s bursting at the seams to get out of its pot because it has developed a couple of bulblets which I now need to divide from the parent bulb. I’ve been looking forward to this job because the Hippeastrum is notorious for being tricky to look after while mine has flowered every year and grown well – something is clearly working. All of our other house plants are going through the cycle I’ve observed of bulking up now. Their growing points have all stopped growing but their leaves and stems are noticeably filling out. Everything just gradually looks stockier whether it’s a cactus, succulent, Begonia or other plant, like my Zamioculcas, Beaucarnia or Tillandsia. 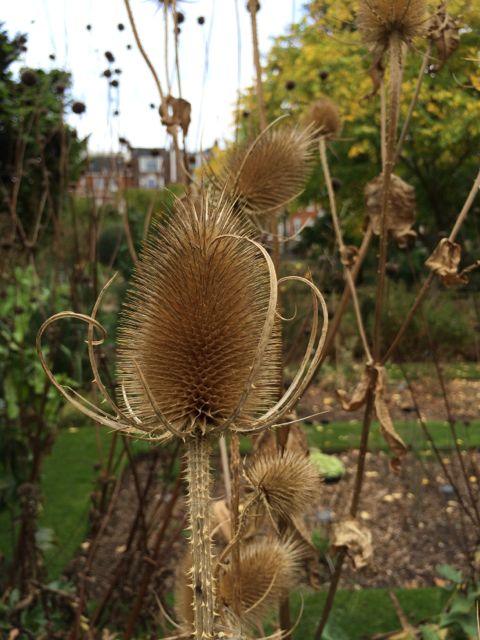 In the past I’ve always dismissed collecting seeds to some degree. I mean, the obvious ones like Nasturtium I saved but little else – I’m not sure why, it always felt too complicated or I’d worry cultivars would not come back the same colours. Well, this year I’m gung-ho and collecting as much as possible. It’s actually incredibly easy, you just keep an eye on flowers as they go over and check regularly for the moment that the seeds come away easily. Then you pop them into a brown paper bag (it must be paper to remove moisture), label and store in a cool tin or cupboard to exclude light, lower temperatures and reduce oxygen levels. Last year I did this successfully with broad beans, peas and Calendula. This year I’m growing almost everything with seed from this season’s plants, including Ricinus, Papaver, Astrantia, Alliums (of many types), Armeria, Centaurea, Ammi, Cerinthe, Leonotis, Foeniculum, Sweet peas and more. Why I ever bought so many seeds before I’ll never know. 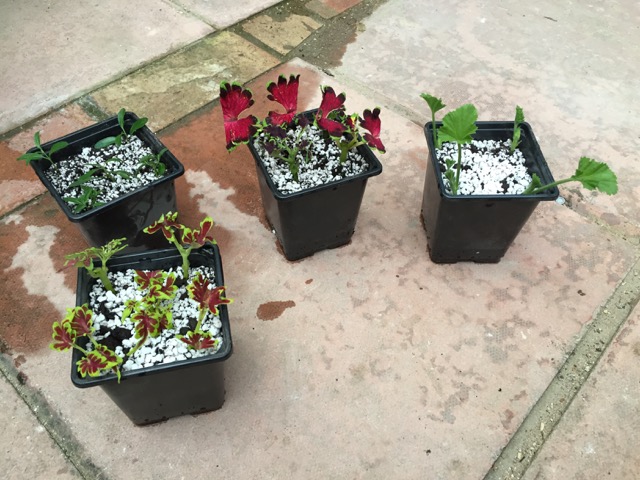 I’m also cheaping out on some of the annual bedding we have by taking cuttings of my Solenostemon. I experimented earlier in summer and was amazed at how easily they root in water. It’s so easy I’m going to try rooting lots in this way. This year I’ve successfully propagated many plants from cuttings. Salvias are particularly easy from cuttings. 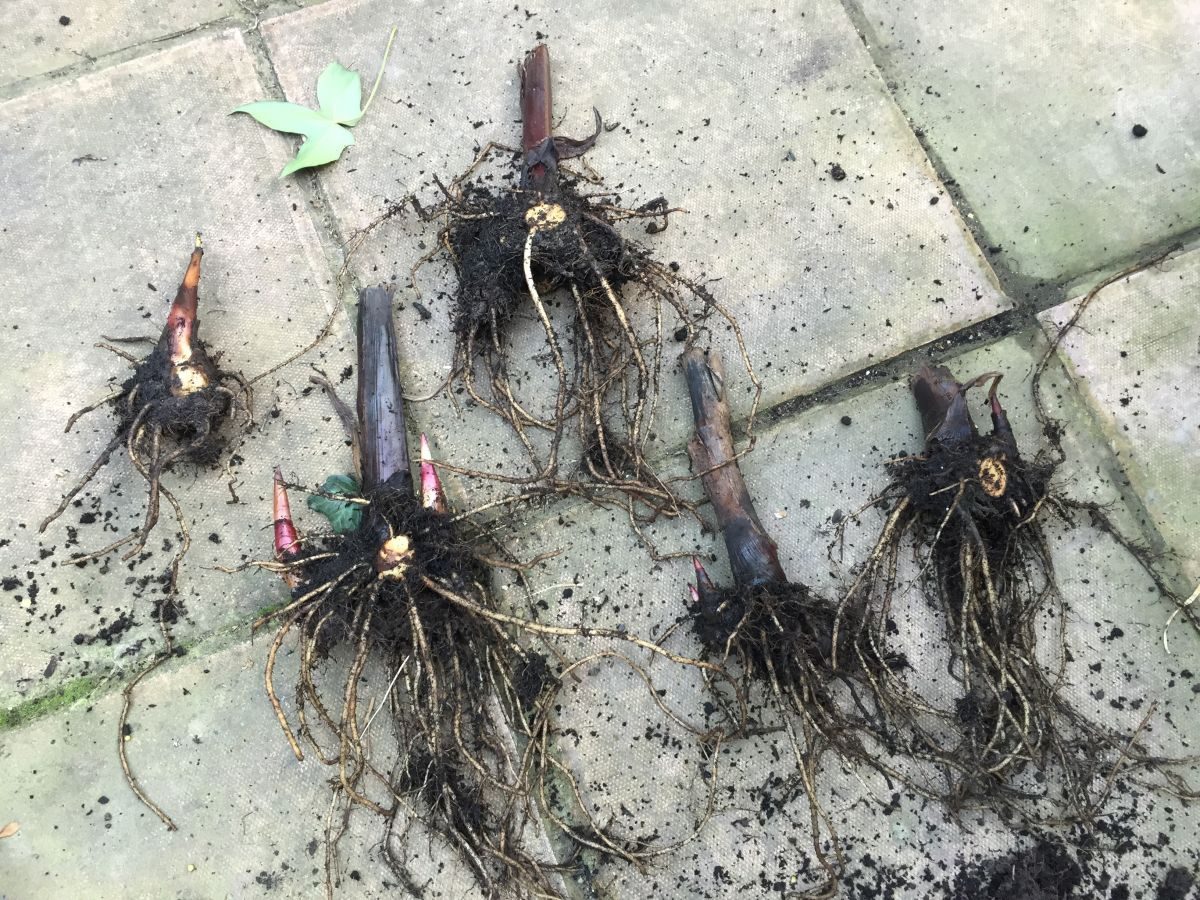 The easiest way of increasing your plant stock. It can be done in spring or just as easily right now in early to mid-Autumn while ground is still warm. Almost any plant that divides itself, creating multiple crowns can be divided easily once they’re fairly large. This year I have divided my fairly unique Astrantia, Brunneras and Monarda. I love my new Geranium but that needs another year at least to bulk up. 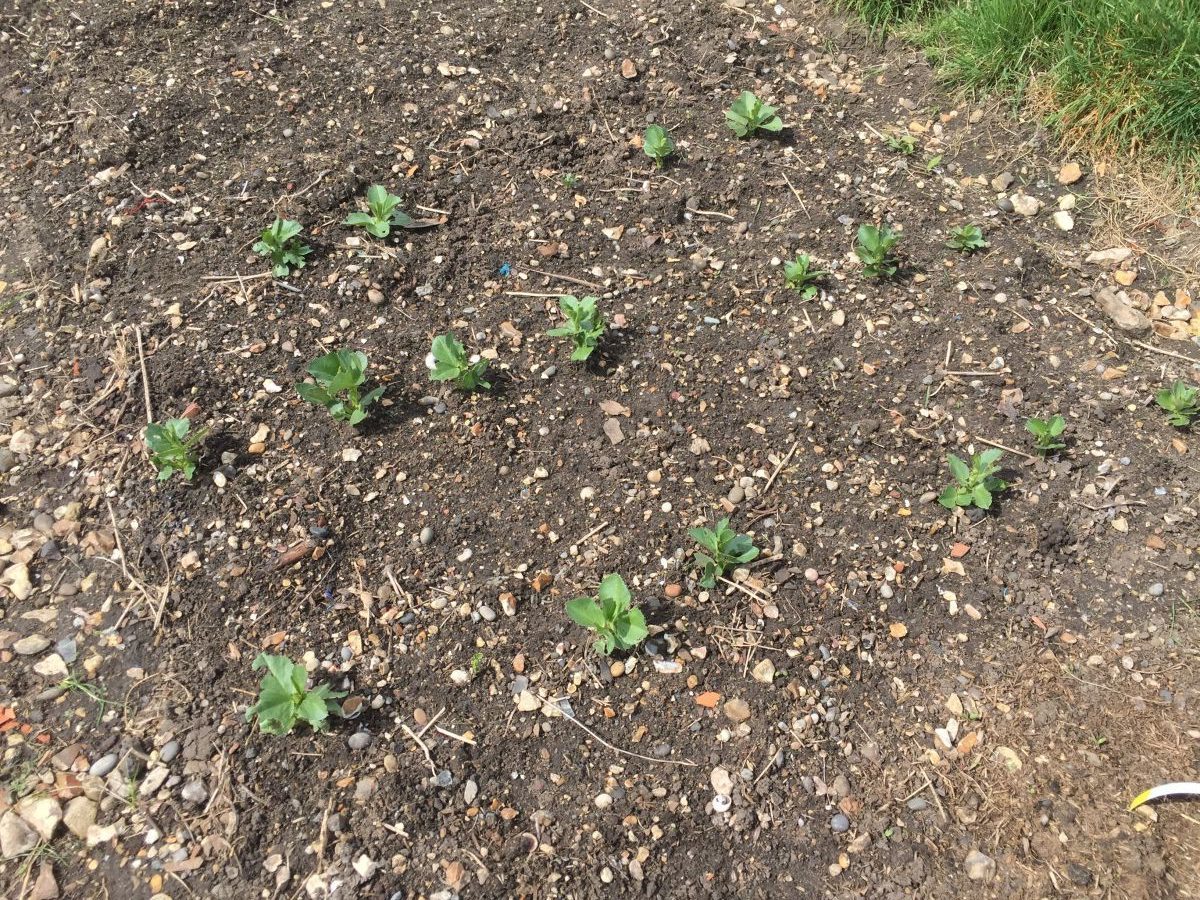 Autumn seed sowing really snuck up on me this year, now is the time to hurry and sow hardy annual seeds. Flowers like Cerinthe, Papaver and others can be planted now. Sweet peas too are traditionally sown around now, although I’ve found a January sowing works best for me here in Clapham, London.

One thing I learnt about gardening early on is that nothing makes as big an impact as good tidy. Autumn is when nature is throwing everything at you to create a mess, like a careless teenager. Keep on top of sweeping up the leaves and dead heading flowers. There may be less green but it will be neater.

Harvest and store (or eat…) 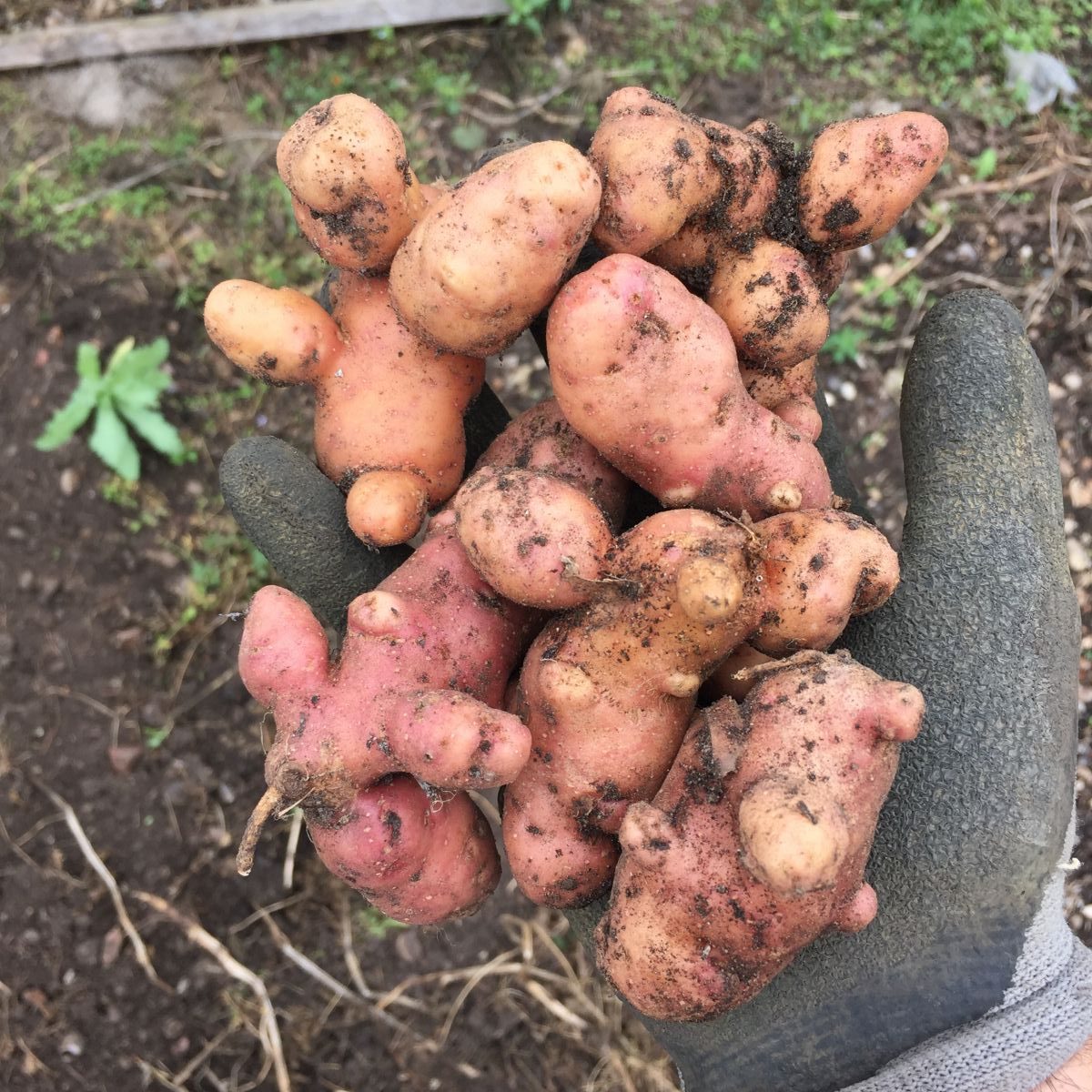 We’re coming to the end of the harvest period so now’s the time to really make the most of what’s left and dispose of anything past its best to keep diseases at bay. My apples on the allotment were perfectly ripe and delicious this week. Sweetcorn is finally ripening for me. Tomatoes were completely finished, as were the beans pretty much so last week I removed all of those. I still have carrots, beetroot, potatoes, celeriac and parsnips in the ground. The parsnips will stay in to be frosted for flavour and the celeriac I’ll be making sure avoids the frost – though I’m leaving it to the very last minute to bulk up as much as possible. The rest we are now digging and eating as much as possible to make the most of them, though the potatoes do of course store.

Autumn really does highlight the conveyor belt of life. While some plants are plumping up their seeds to reproduce, others are slightly behind giving their peak of flower, while some are ahead with germinating seedlings at the base of their dying parent. It’s a rich and heartening time in the year.