The popcorn plants on my allotment are (later than normal) finally flowering and I thought I’d share some photos of the flowers. I’m betting most people have never seen popcorn flowers! 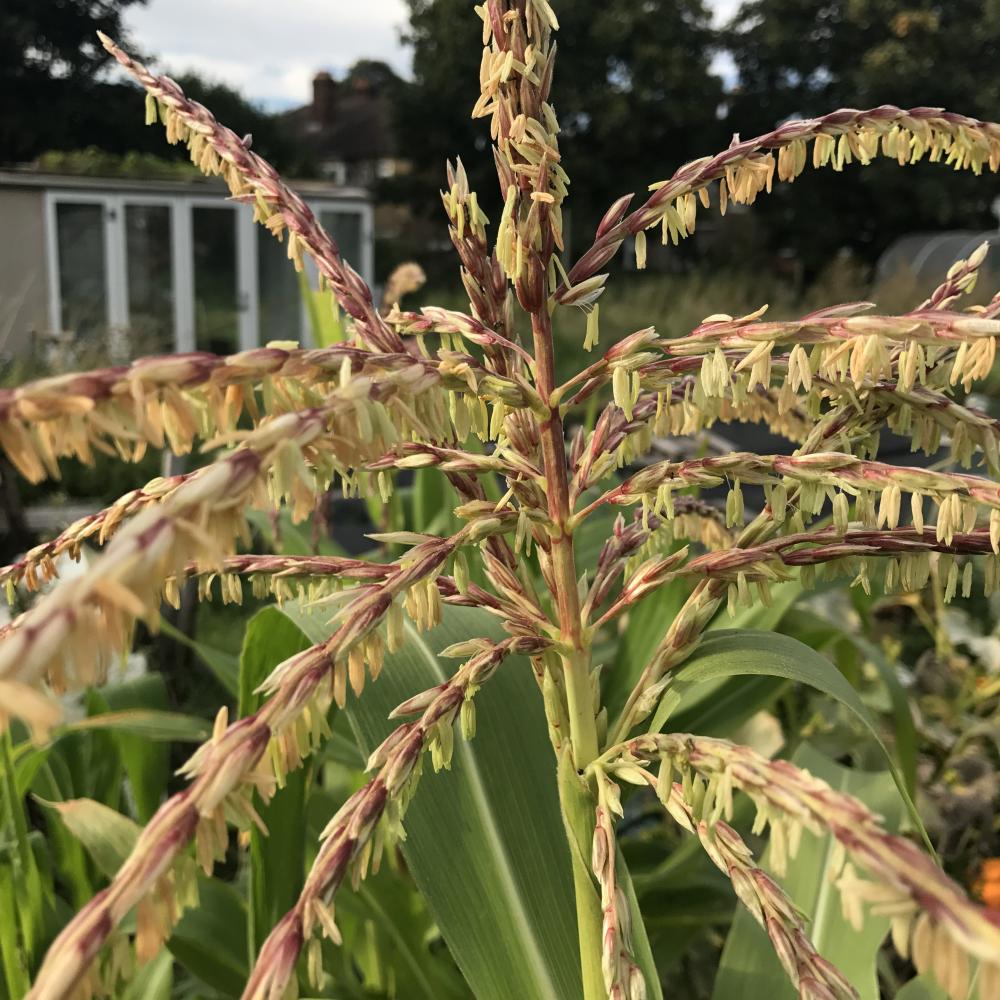 First, it’s worth noting that popcorn and sweet corn are both grasses, in fact different subspecies of the same grass Zea mays. Sitting in the Poaceae grass family. This means they are wind pollinated. They are also monoecious, which means they bear male and female flowers (or technically inflorescences) on the same plant.

The magnificent tasseled structure you see above are the male pollen bearing flowers. They’re amazing. They open as tight paint brushes and then open into that branching tassel about 20-30cms wide and tall. If you tap them, dust clouds of pollen puff out. You can do this with all grasses and also many conifers. 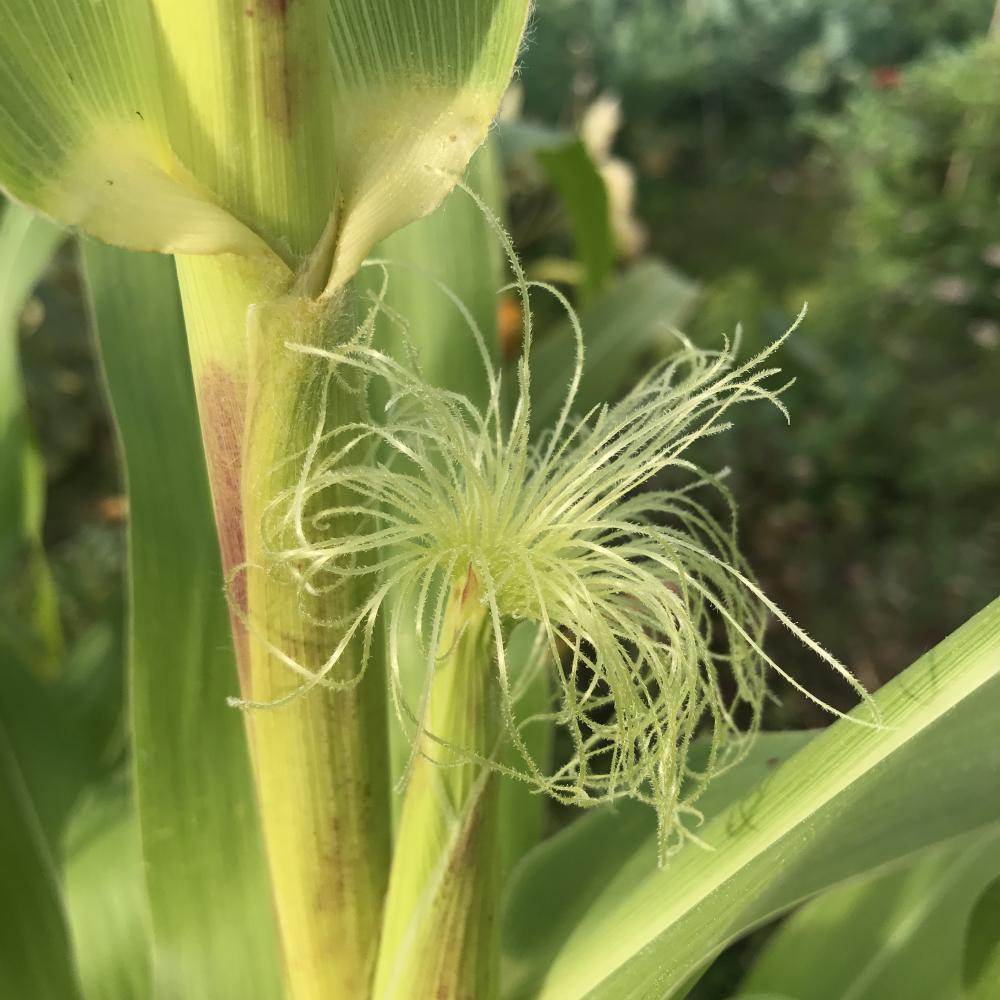 This second picture is of a female flower, you may recognise some of those stringy bits from the ends of corn on the cob. It’s these that catch the pollen dust from the male flowers of neighbouring plants. Female flowers appear from joins of leaves to the stem. The ovary is held in the wrapped area beneath which will expand after pollination to form the cobs.

It’s all pretty amazing and a lot of fun to watch grow. There are some more amazing things about these plants, for instance they grow prop roots at their base to help support the tall narrow plant, making it really strong and able to stand upright. 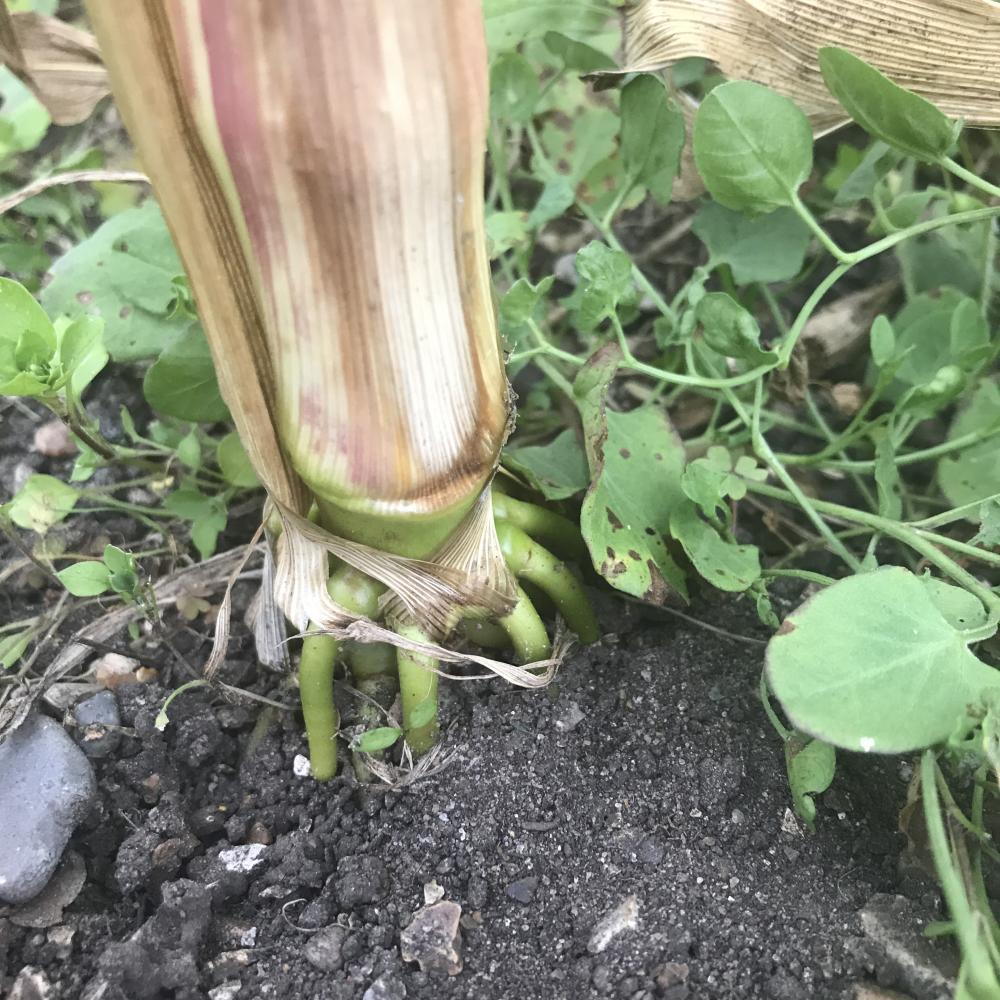 This popcorn is ultra special too because it will produce rainbow coloured cobs. I’ll share photos of those when they are ready.