A couple of years ago RHS Chelsea Flower Show was filled with a new flower, Lysimachia atropurpurea ‘Beaujolais’. Grown among grasses, the foliage dissolves with snaking purple and pink spires rising from the froth. Everyone was talking about it and I was hooked, ordering seeds from Chiltern Seeds to sow last spring. 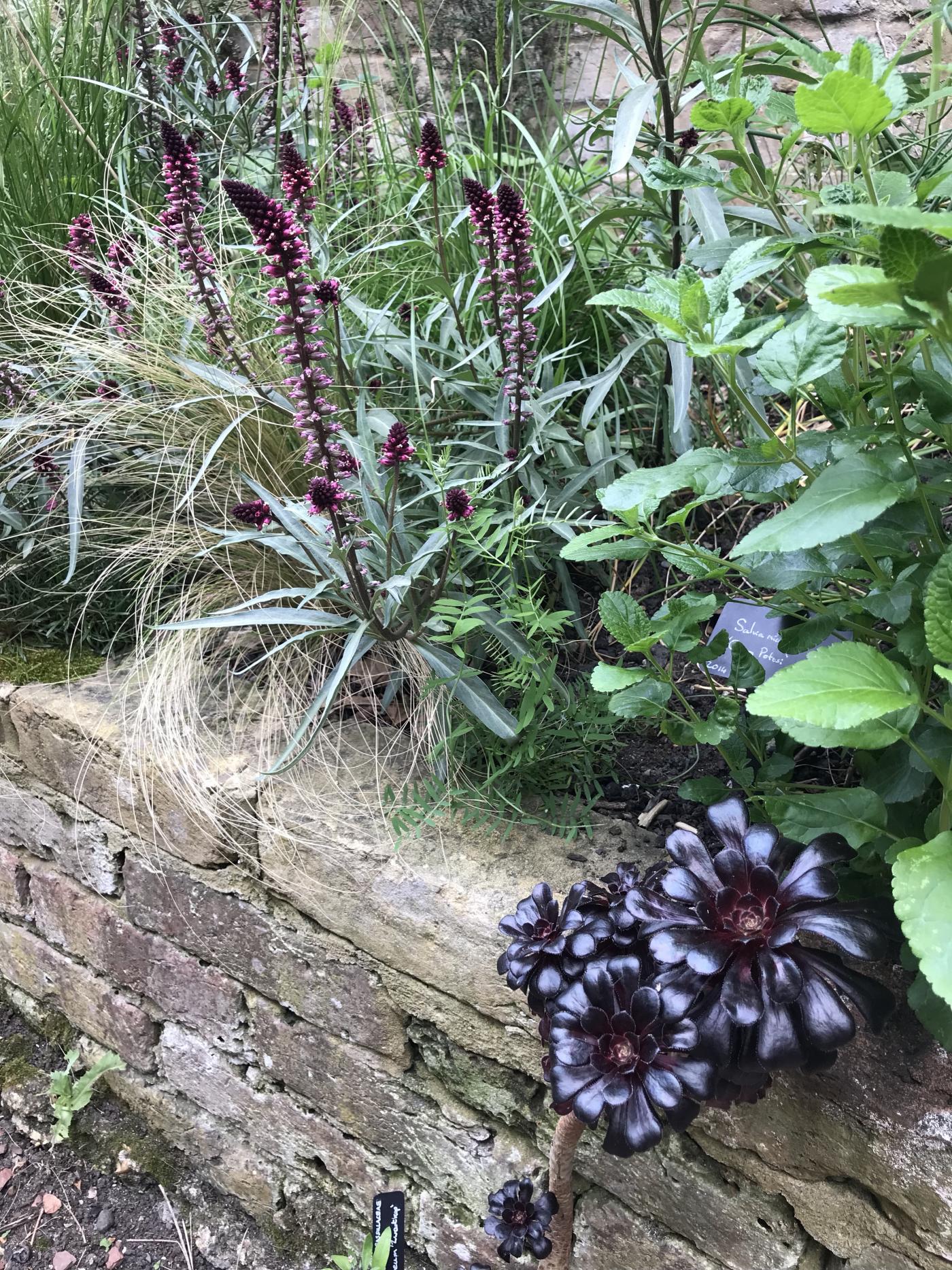 In our own garden, close up, I find the colour more vibrant. I particularly love the rich berry purple buds. 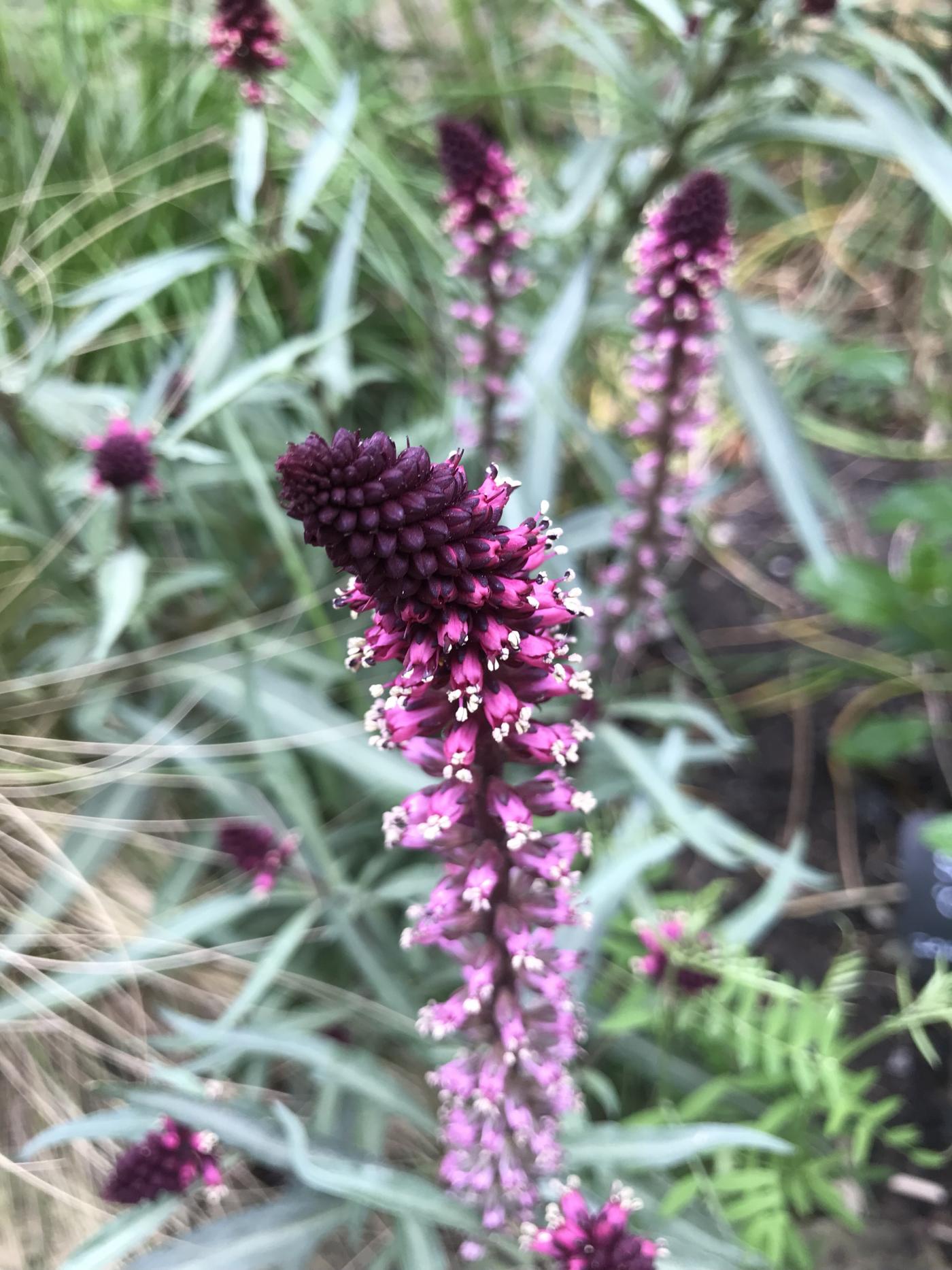 Growing Lysimachia atropurpurea ‘Beaujolais’ from seed is easy but they take a year to flower so you need to start in Autumn for next summer (order seeds soon!) In September, when temperatures start to cool slightly and we have more rain, sow the seeds onto the surface of compost into 7cm pots, perhaps giving a light dusting of compost or vermiculite. You can sow into trays and pot on but I found they grew fairly quickly making pot sowing a timesaver. They’re hardy and can be left outside over winter with some protection from a cold frame or greenhouse. 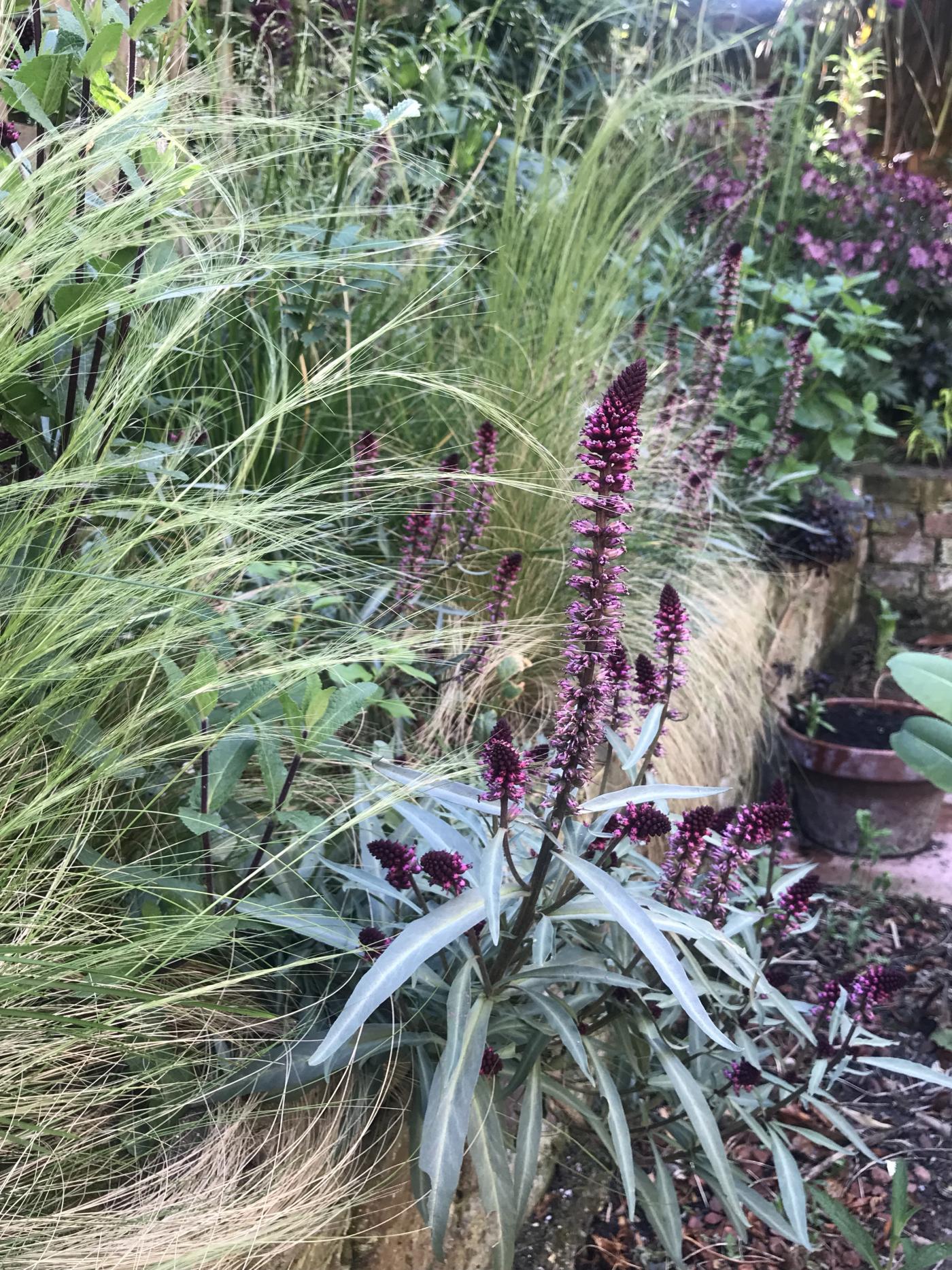 Plant them out in the following spring allowing about 50cm space per plant. They like full sun in rich, moisture retentive soil. Not boggy but enough water that they never dry out. I’m finding they sprawl around the border in a way that I like, though you can no doubt stake them to keep them more upright. 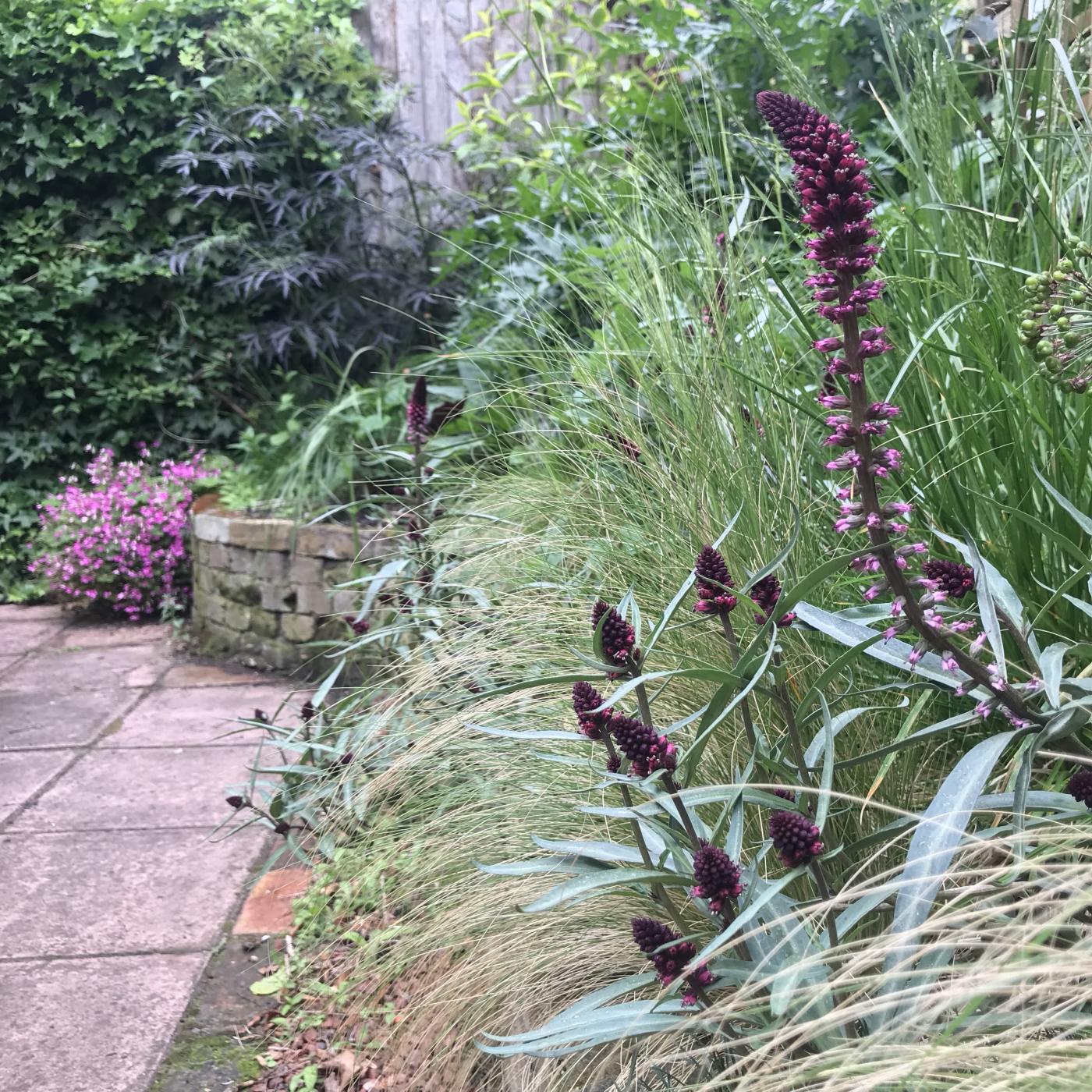 I actually sowed mine in spring 2017. By autumn they were so large I planted them into the border and they were fine, surviving even the Beast from the East and -7C temperatures. The leaves were scorched by the frost however. 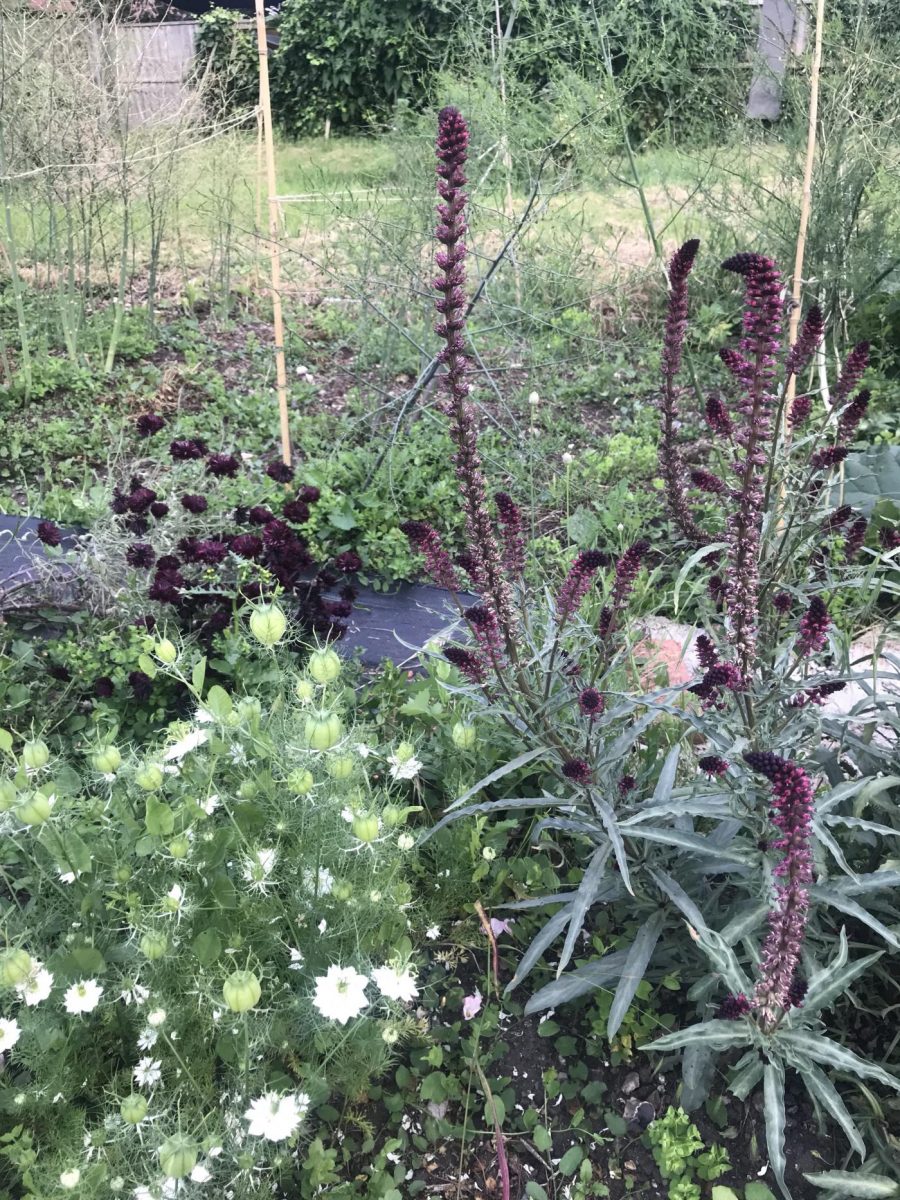 Down on my allotment (above) I planted one spare plant as I had quite a few. This one has done particularly well with the extra space. It’s planted in my cut flower patch as Lysimachia atropurpurea ‘Beaujolais’ reportedly make good cut flowers. Something I’m yet to try quite yet because it looks too pretty to cut but I’ll update this blog with results when I do. It will be interesting to see how they react when deadheaded too as I haven’t seen info on this. 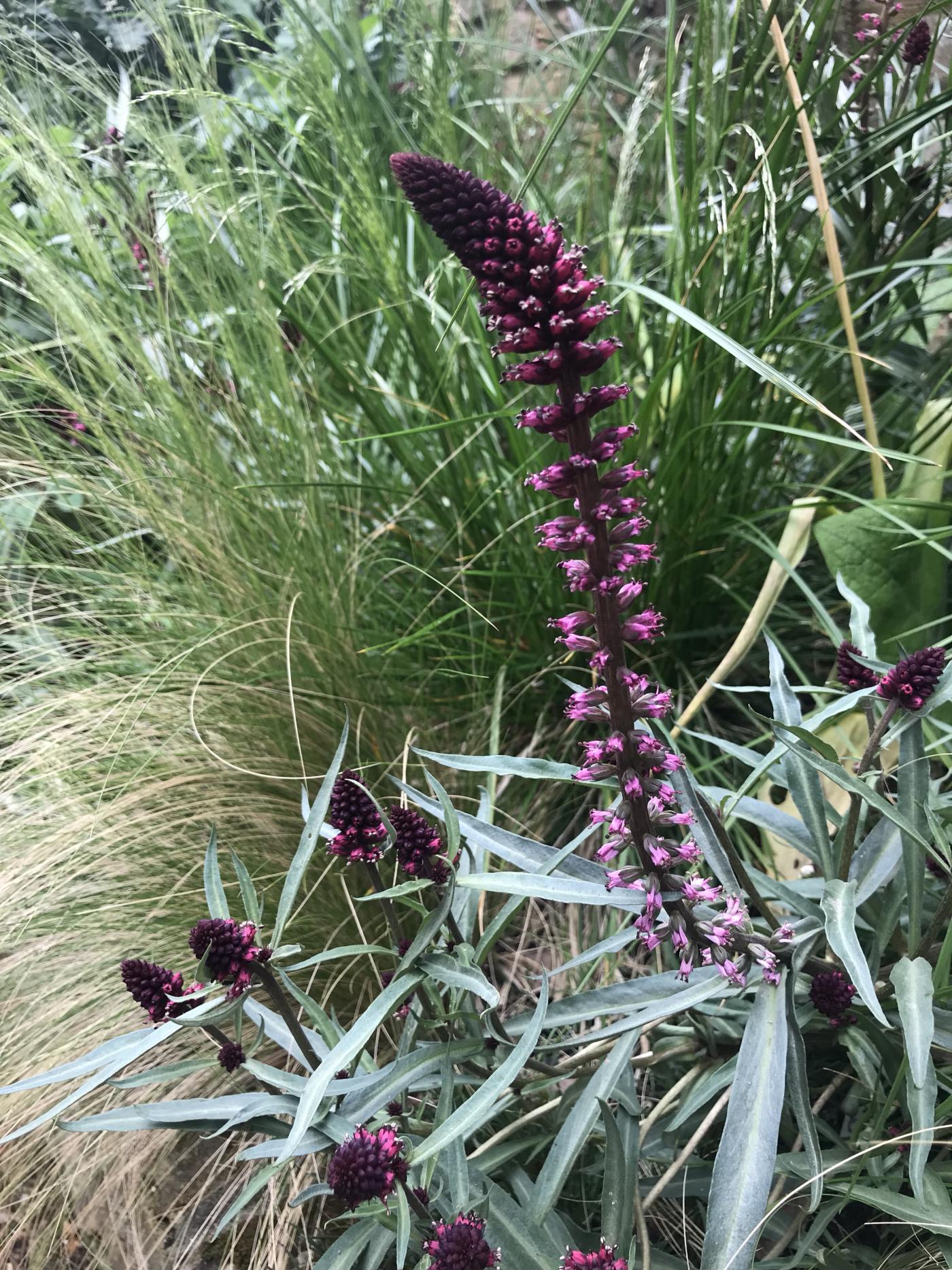 The other thing I’ve heard is that Lysimachia atropurpurea ‘Beaujolais’ is a short-lived perennial. I haven’t found any details on this online, I’m guessing because it’s quite a new plant on the market. I’ll see how it performs next year and in years to come, reporting back on performance.

Lysimachia atropurpurea ‘Beaujolais’ is such an easy plant to grow from seed and a beautiful one in its first year as a foliage plant, and even more so in flower the following year. I’m very glad I grew some, it’s already a little star of our garden.

7 thoughts on “How to grow Lysimachia atropurpurea ‘Beaujolais’ from seed”