A year ago I experimented with nipping out the growing point of my Aeonium ‘Zwartkop‘ to make it branch. It worked and this is a little update on progress. Here’s the plant 13 months on: 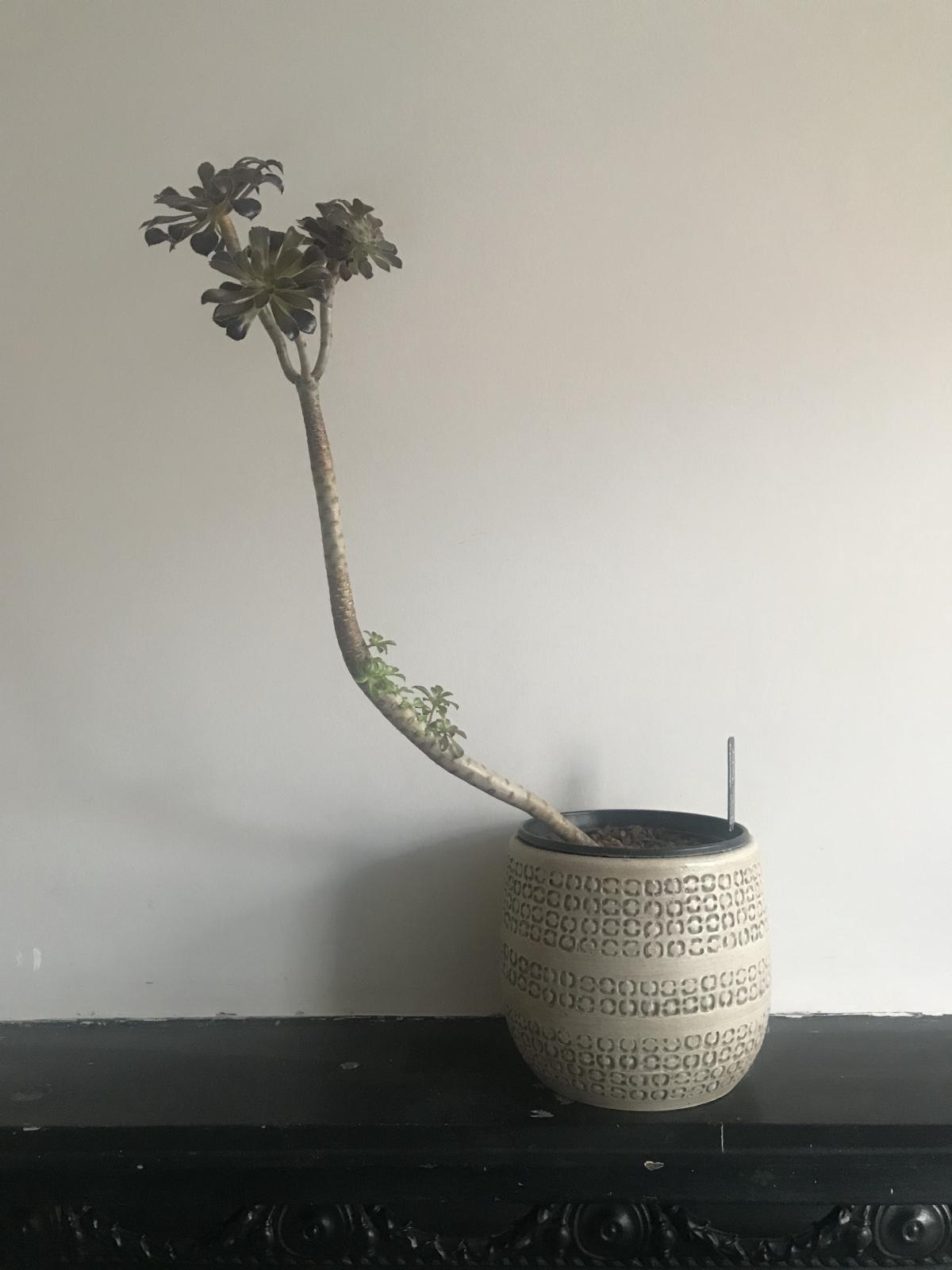 The whorls of leaves on my plant have always been quite small, so that’s not an effect of the branching. I may be keeping it too dry as the leaves shrivel up and fall off quickly, any tips on that appreciated. As you can see it has formed three nice little branches – one of which naturally died back in summer and has again split in two (on the right, see below). 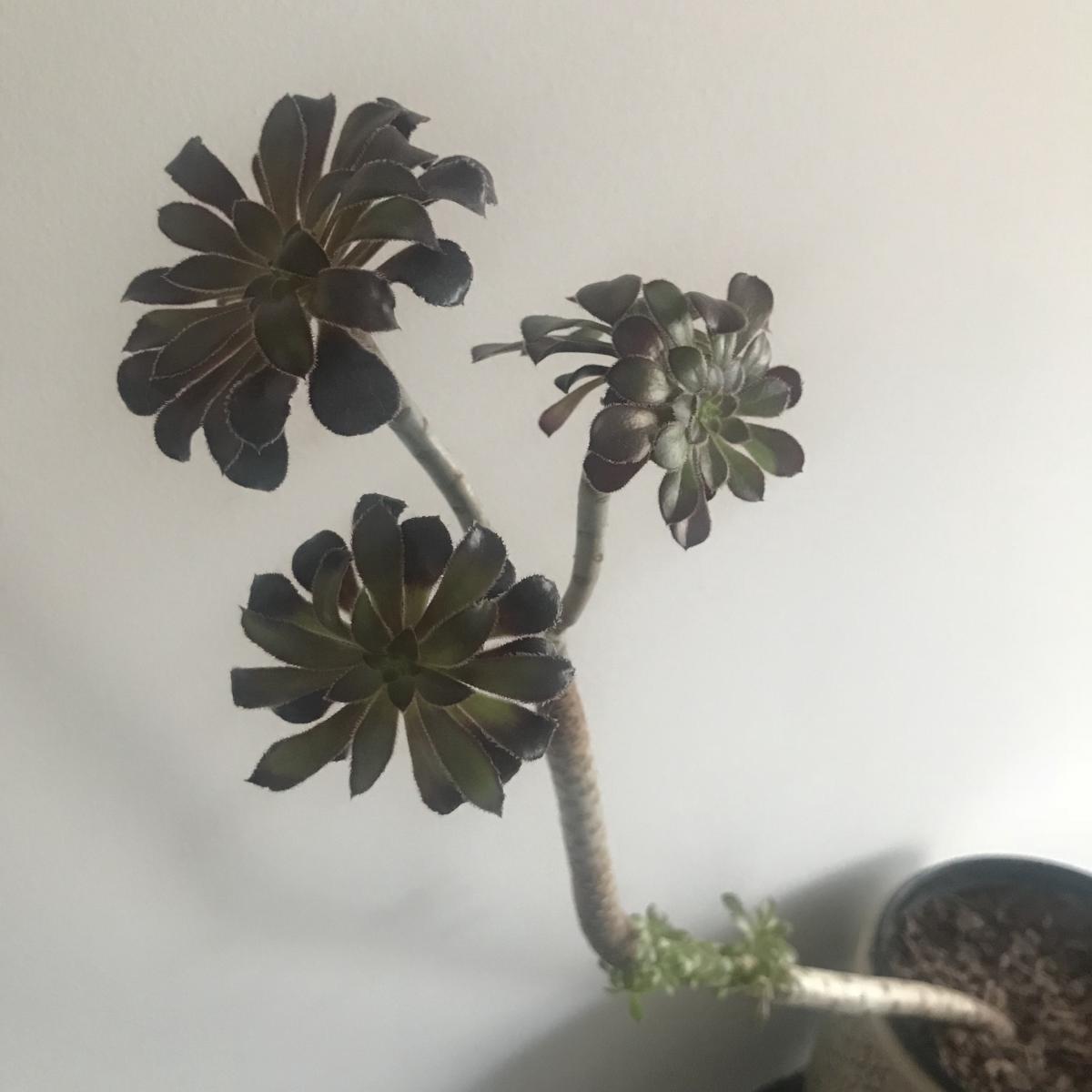 You’ll also have noticed that the plant has adopted a jaunty angle. It just kinda flopped gradually because it’s top heavy. Originally I was staking it upright but I hated the look and I like jaunty-angled things so I let it flop over. This had an interesting effect on the plant you probably already noticed, lots of shoots along the more horizontal part of the stem. 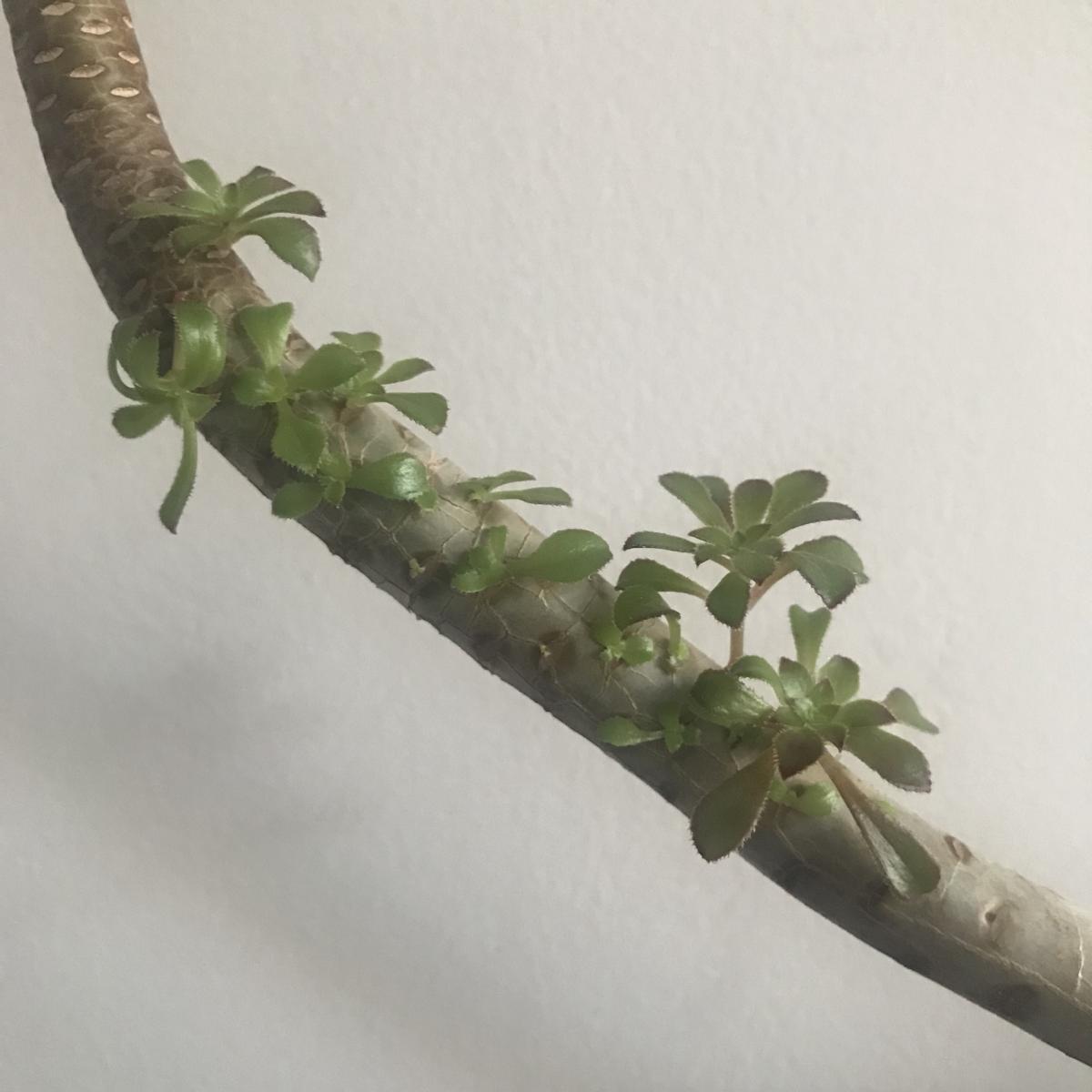 This was unexpected though perhaps shouldn’t have been because for most plants, if you force their leading growth over, energy will be directed into lateral shoots that themselves attempt to become new leaders. It’s a common trick used on roses and espalier fruit trees.  Something worth trying on other plants evidently.

One day when I was watering my houseplants, I knocked a couple of those shoots off. They snap off the Aeonium extremely easily so be careful. Thinking ‘why not’ I popped them into the compost of another houseplant and left them. 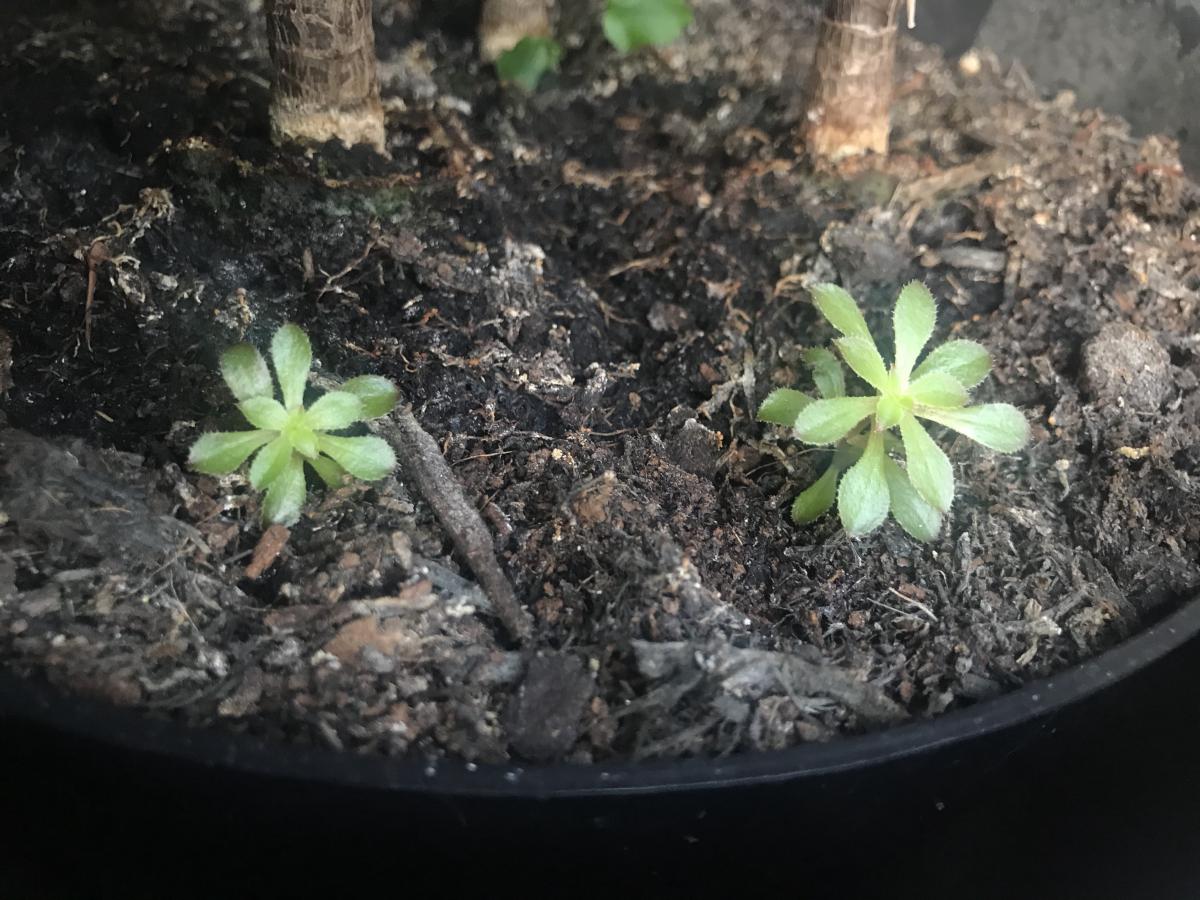 To my delight, within a couple of weeks they had rooted and are themselves growing as new plants. I’ll repot them in spring.

Tempted to snap off and grow on a few more, I’m currently holding out because I really want the main plant to be a big bushy Aeonium. This year I’m going to try keeping it better watered and increase the fertilising levels slightly.