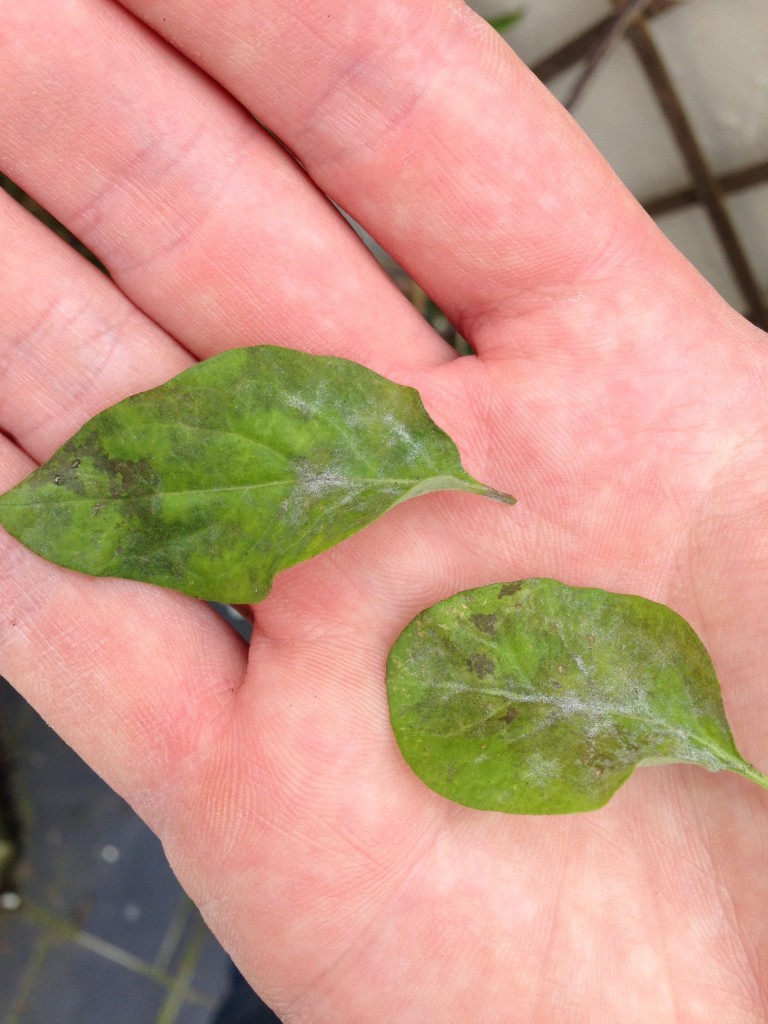 For every positive in the garden this summer there has been a pest or a disease to eat it. It’s been depressing.

The antirrhinum developed rust early on, powdery mildew on the Lonicera, slugs and snails have been a constant pain, eating everything in sight, and in recent months vine weevils have been showing their faces at night all over our cyclamen and astilbes. Tonight, I think I spotted sclerotinia blight on the new Echinecea purpurea ‘Fatal Attraction’. Groan. Either that or it’s just more vine weevil in the flower bed. Double groan.

Rather foolishly, I thought our mini Clapham based garden in London would be near immune to pests and diseases but of course, it’s been the complete opposite. The warmer inner city climate, the vast majority of shipped in plants in the many gardens and the general lack of garden hygiene in the area, not to mention cats scaring off (or eating) all bug eating birds and toads appear to have created a melting pot of problems.

I am hoping that it’s also the result of the fact the garden hasn’t been patrolled for pests for a number of years, combined with the mild winter last year. So 2015 may see slightly fewer little bugs.

I’ve learnt a lot though, having faced all of these problems, especially as I have tried to be organic and wildlife friendly until pushed to a chemical based last resort. Here’s a list of what has and hasn’t worked:

Slugs and snails – our biggest pest problem in 2014

So, all in all, for such a small garden I’ve faced what is more than my unfair share of problems. I am hoping that next year things will be better because I’ve made a dent in some populations this year. Also because some plants that survive winter will be stronger and more established, thus more disease and pest resistant.

I’ll be gutted if the new Echinecea does have sclerotina, I love this particular plant and lots of advice is to just dig up and bin immediately. Fingers crossed…