Ground Zero. I’ve always loved our garden. It’s a good size for a London flat garden, shared with our upstairs neighbours and, in the summer, pretty private considering we’re surrounded by other homes and just minutes away from the bonkers Clapham High Street. As my dad put it, it’s a little inner city oasis.

Over the five years we rented our flat, we didn’t really do much to the garden. In fact, our upstairs neighbours Jenne and Peter did everything, something I feel a bit guilty about since we ended up buying the place!

As we aren’t ready to do anything inside the flat, I decided to channel all my excitement around owning a Clapham pad into the outside.

My first move was to tidy up the dark and unused alleyway, which this post is about. First, straightening up some slabs. Then I went a bit crazy… 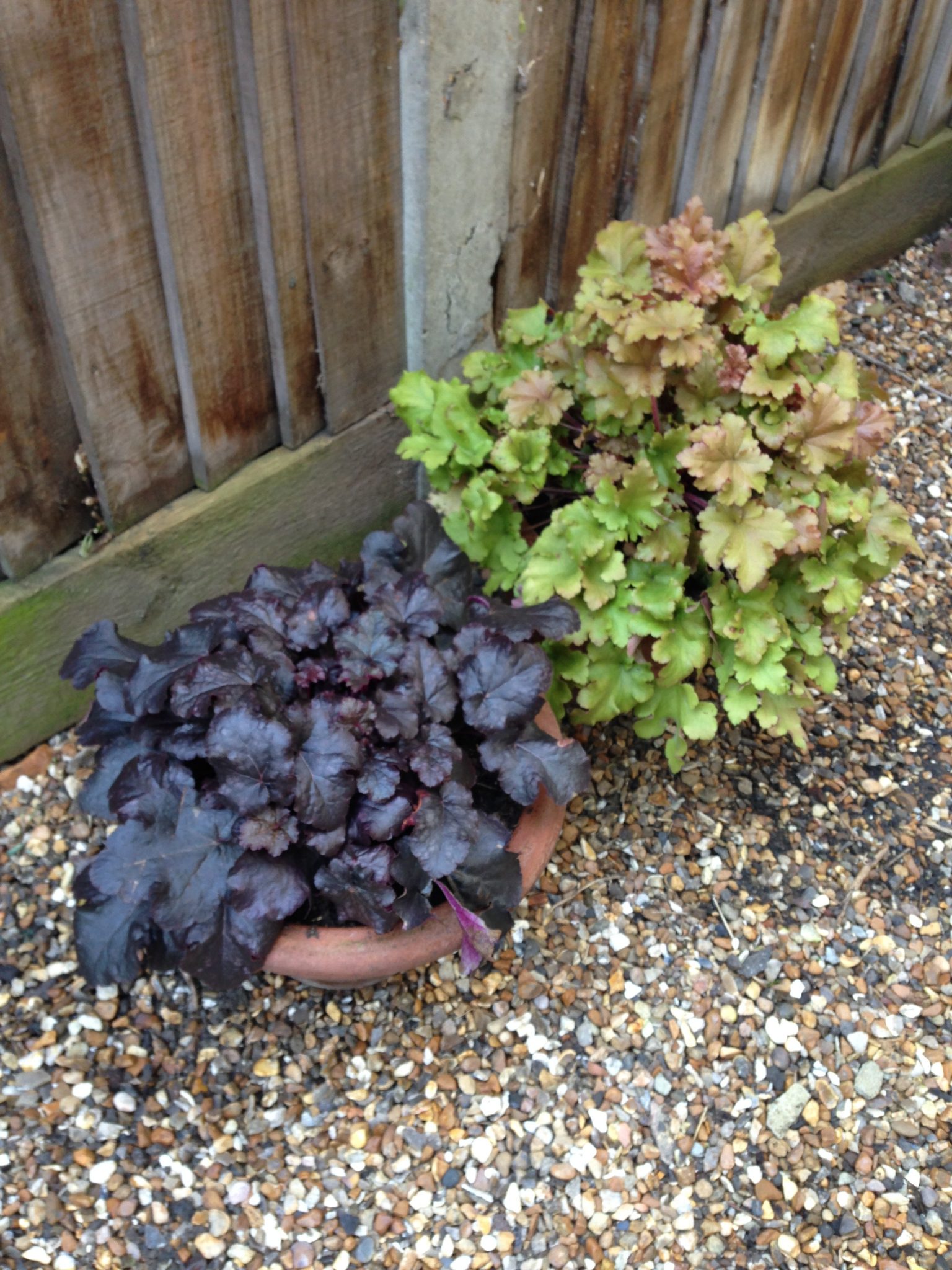 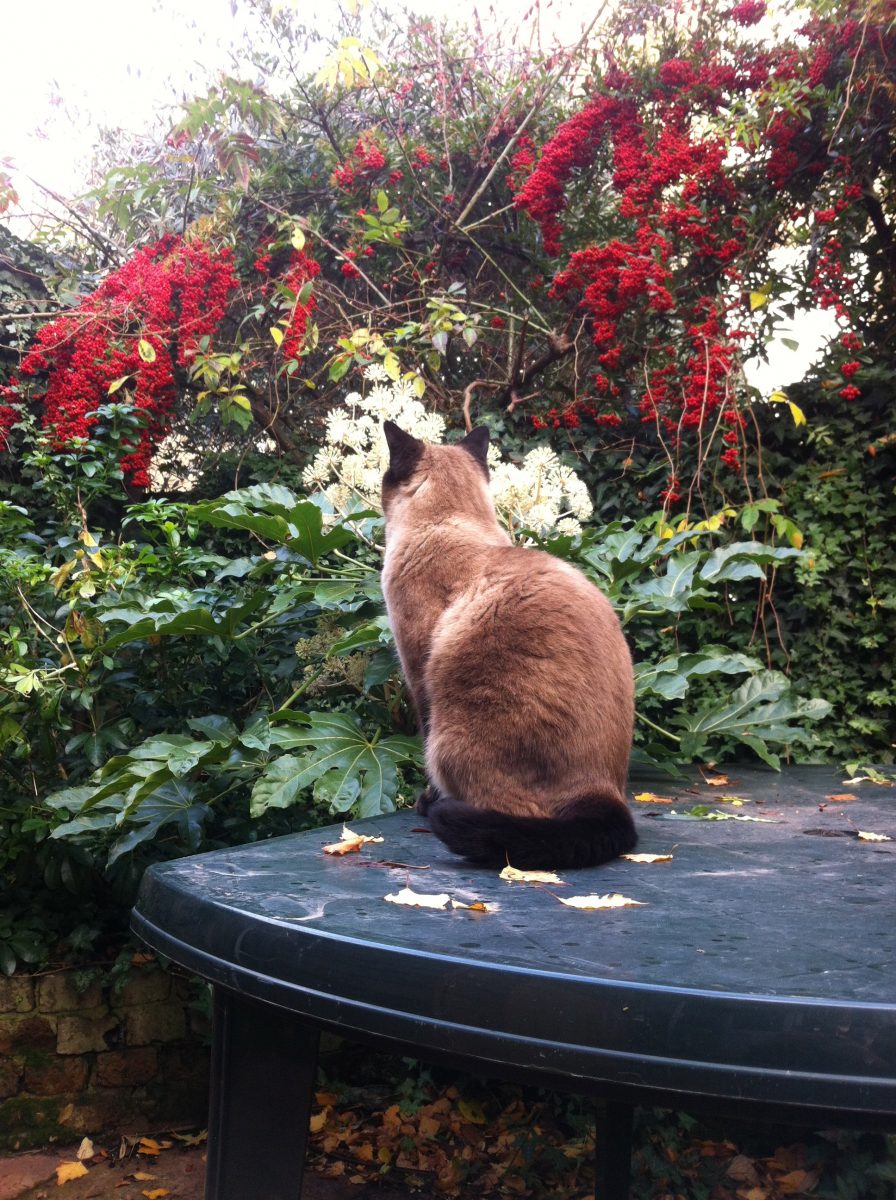 My dad came down with his Landrover and I took the opportunity to create a blank canvas, removing everything to create as much space as possible for plants and social areas.

Removing the shed to make room for a bench and planters in the sun. Removing two 10 foot scafolding polls that must have been down the side of the house for a decade or so. Vaporising all ivy (although Jenne had already done the bulk of the work on that last year, thank you!) Getting Chris to remove his internet cable 😉 My dad chopped back loads of branches to get as much light into the garden as possible. He also fixed two fences back upright.

As luck would have it, as we took everything to the dump, a lady turned up with a truck of unwanted pots. We took the lot! Well, most of them. 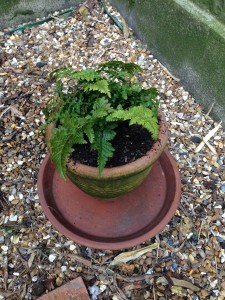 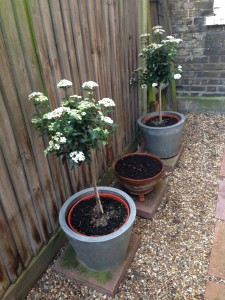 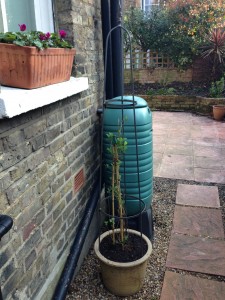 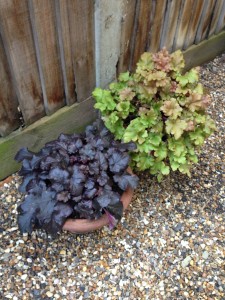 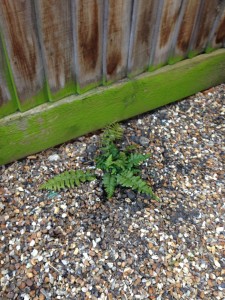 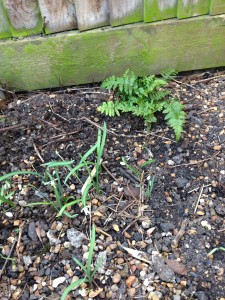 Finally, in came the plants. Vibernum Tinus, Hostas, Heuchera, Ferns, Snowdrops. Plus a pretty special Hellebore. I also repotted the Cyclamen from Jenne’s window boxes into some of the terracotta ones we picked up. Finally, I added a Honeysuckle into one of Jenne and Peter’s old pots, adding a steel obelisk. In the house at the moment I’m growing Alyssum and Lobelia from seed to take over from the Cyclamen when it dies back in the summer. 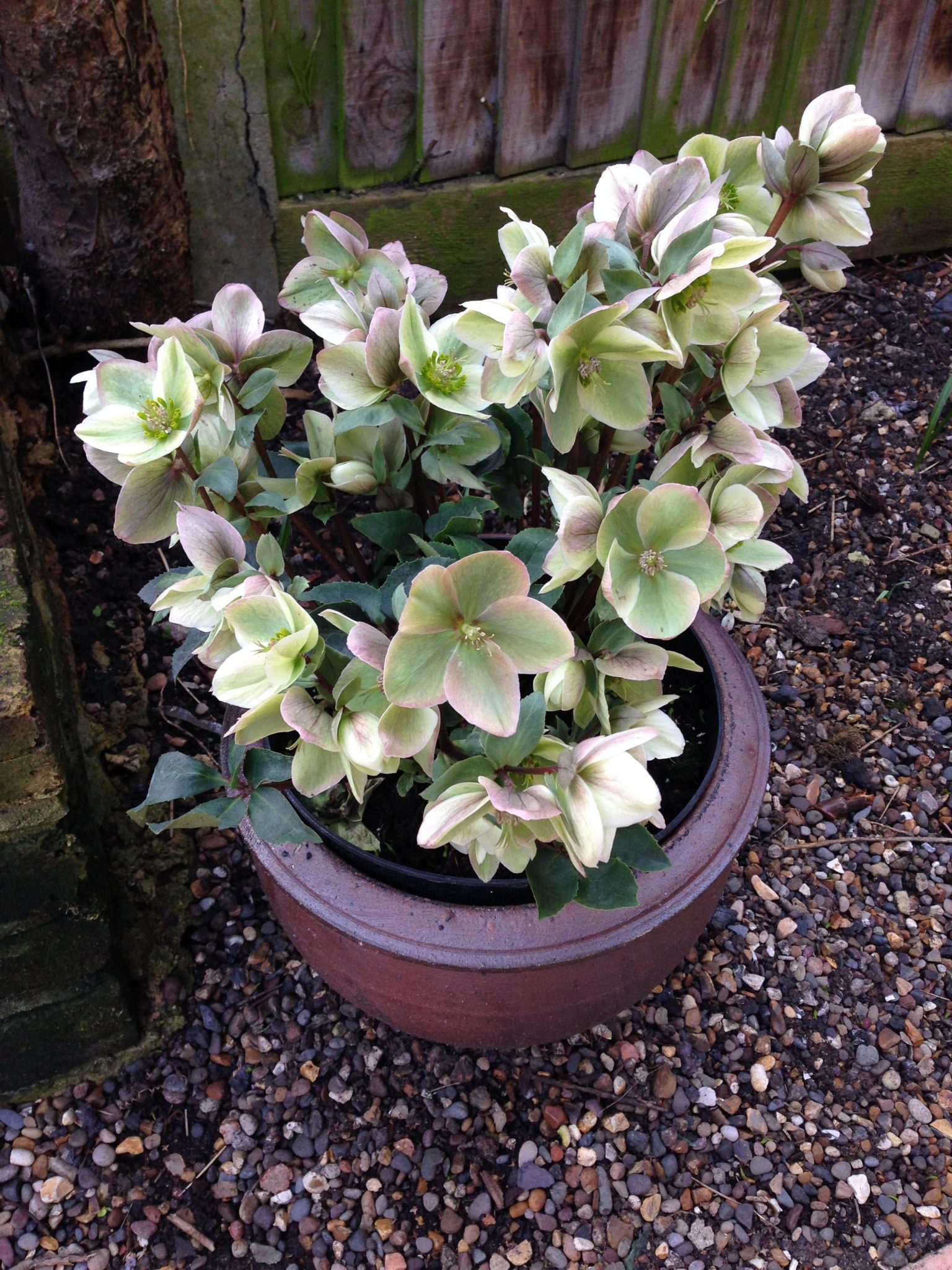 I’m also planning to get a hardy Fuchsia to sit down here to bring loads of colour (found out today there is a particular hybrid named Star Wars… Should really get that for Chris’ benefit!)

If everything grows as it should, the former dead zone of our small London plot should become a major, unique highlight. You can’t see from the photos, but this area already looks much better. The neighbours to the right have an apple tree and a shrub with yellow flowers that are already blooming, creating a stunning frame.

Check back in April to see how this alley comes to life.