March has to be up there in my top three favourite months of the year. Yes February has snowdrops. In March however every inch of bare soil or naked branch comes to life with little shoots of green and the garden transforms faster than I’m ever ready for. Blink and you miss it.

It’s a time of excitement as seeds burst open with new life and old friends emerge again from the soil to say ‘hello matey, I survived!’ I’ve been surprised at the way our flower bed has gone from bare soil to bristling with tulips in about a week or so.

Here in Clapham the combination of mild winter and our inner city microclimate means our garden rarely dips below 0C and even rarer has frost. To prove my point, all three of our supposedly un-overwinterable Ricinus communis ‘Carmenchita’ are showing signs of new leaves, the tender Fuchsia triphylla ‘Mary’ in the plastic greenhouse have been growing happily all winter and our Canna ‘Assaut’ has thrived in a pot outdoors to the point I now have five of the things! 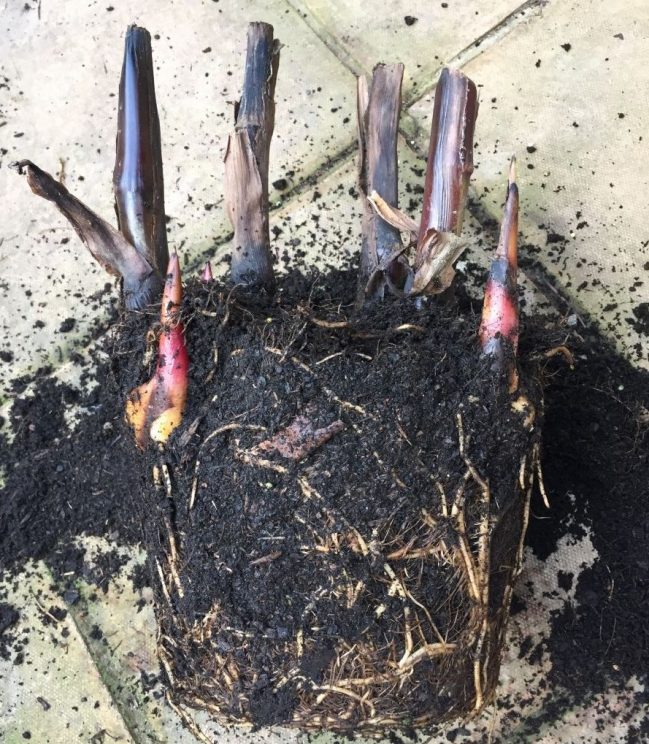 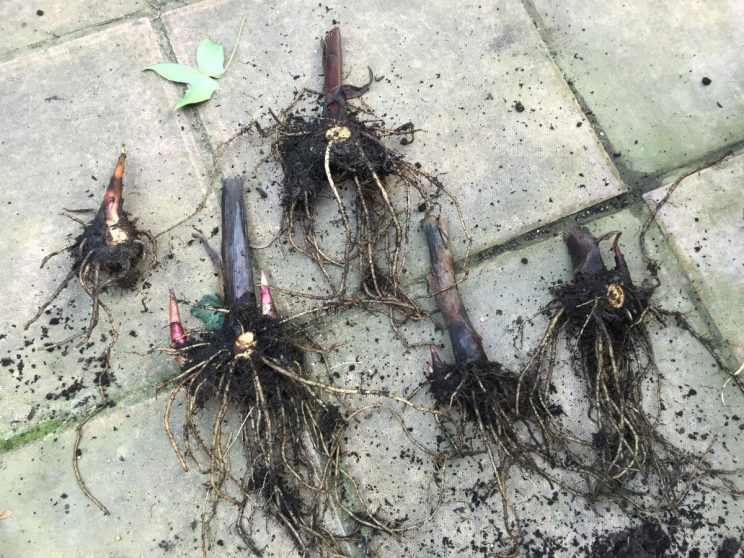 Dahlias potted up and all now showing signs of life 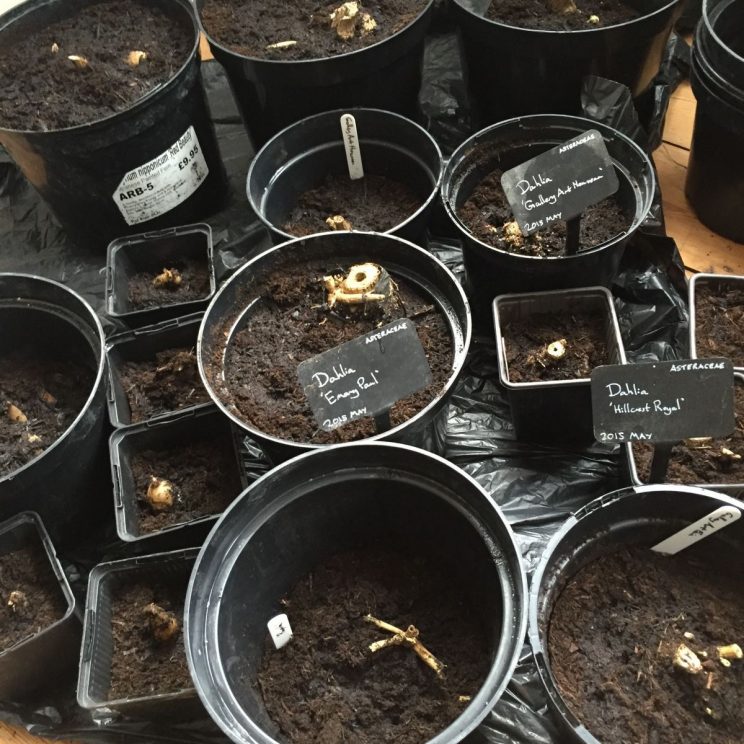 I can see why digging up Dahlia tubers to overwinter can become a faff if you have lots of them. I’ve enjoyed the process personally because it’s not often you can become so familiar with a plant’s root system. I have two Dahlias in the ground outside, we’ll see in a month or so if they made it.

Power to the propagators! 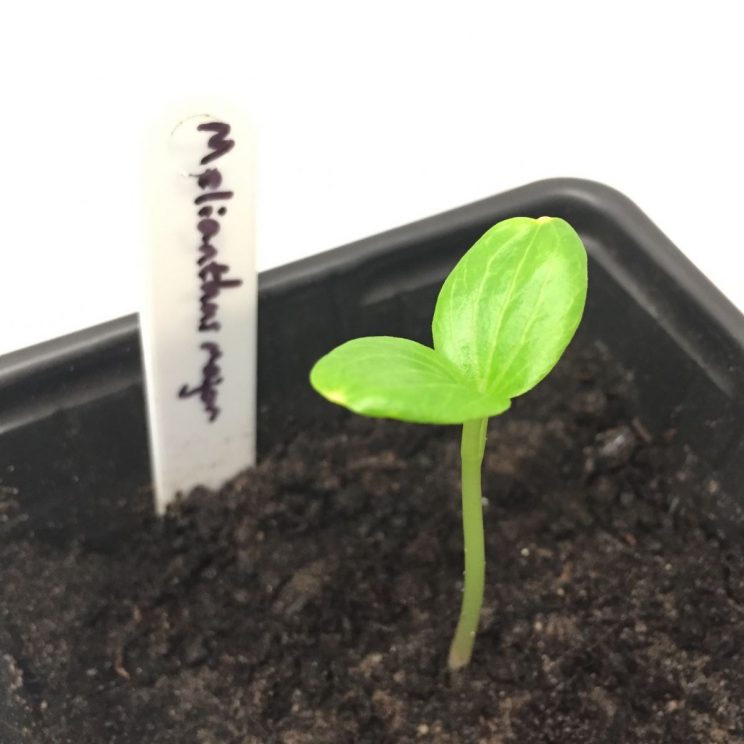 I adore the process of propagation. Nothing brings me more happiness than seeing a plant go from seed or cutting to mature plant. It brings a whole new dimension to the garden where buying fully grown plants feels like fraud.

Over the last two years I’ve honed my propagation skills, using only our bay window and a simple windowsill heated propagator. Touch compost, it’s working. Cleaned, sterile equipment and good quality seed compost has meant no sign of damping off this year.

Already our windows are full of some exciting select plants including Melinathus major and Cynara cardunculus, veggies including tomatoes, celeriac and brussels, flowers including Nicotiana ‘Lime Green’ and Ricinus communis, plus my selection of five or so different grasses. Outside the sweet peas and Echium seedlings are doing really well and over Easter I have sown Papaver somniferum ‘Black Single’, plus Nasturtium ‘Crimson Emperor’ and ‘Black Velvet’. 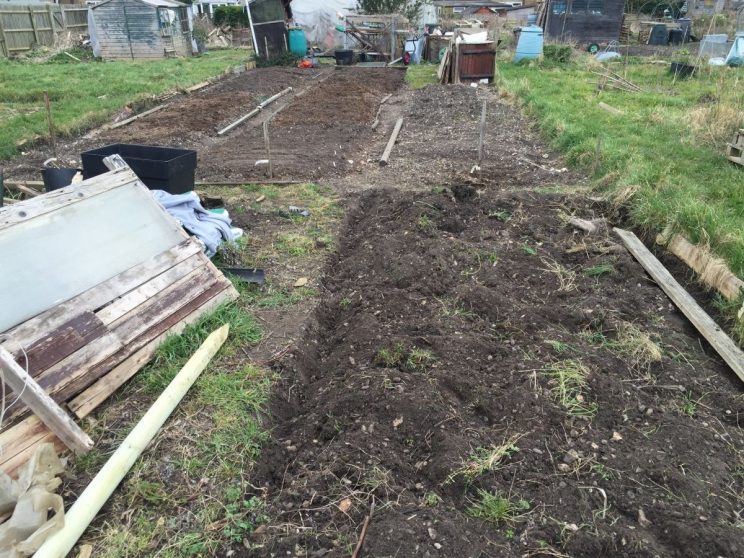 While I am incredibly excited about my allotment, it is not without its challenges. My biggest is my lack of car, which makes transporting compost, manure and other heavy equipment a nightmare. Expensive taxis have been the only solution – although pity the driver who turned up to find me with 8 bags of manure!

That said, if I step back, I have achieved a lot. In the above picture you can see I’ve cleared over two thirds of the plot of rotten timber and prepared beds for planting. In the drier weather I’ve discovered the soil isn’t as good as I thought because it is incredibly sandy and dry. Better than waterlogged though. 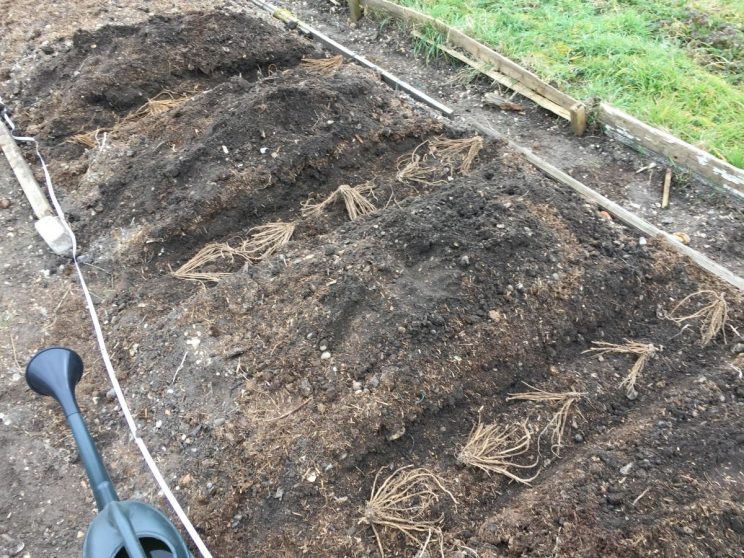 I’m giving over a lot of the allotment to perennial plants because, being realistic, I can’t be at the plot often enough for a high maintenance endeavour. Not that you’d think that seeing the seeds I have to plant in April.

I’m lucky (I think) to have a row of Raspberry canes down one end of the plot, along with a grape vine. The support structure was being supported more by the canes than itself because it was so rotten. So much of the last fortnight has been trying to get equipment to the site to turn it from this… 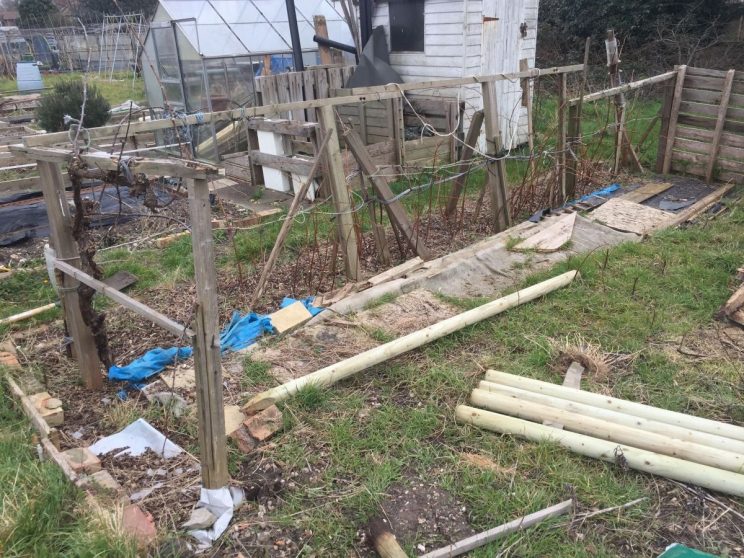 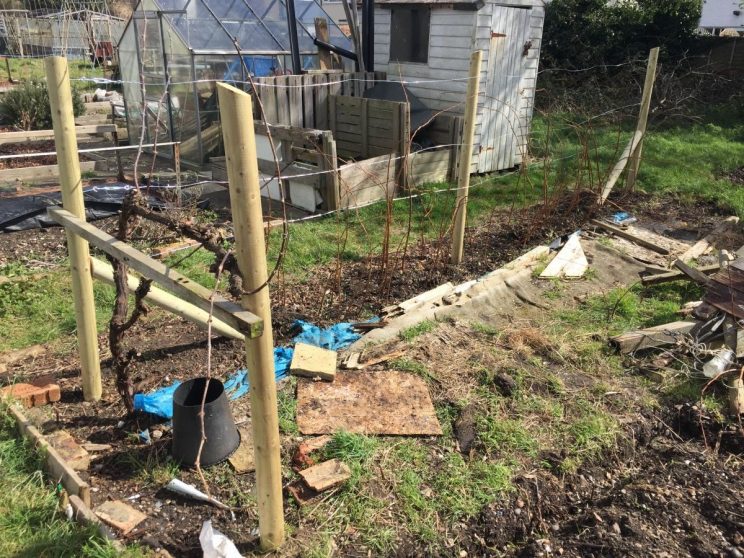 This month I also started my RHS Level 3 course with the Royal Botanic Garden Edinburgh after completing Level 2 with them last year. I really enjoy my weekend trips up there for lessons and hands on practical. And it’s of course a real pleasure to walk the garden for inspiration… 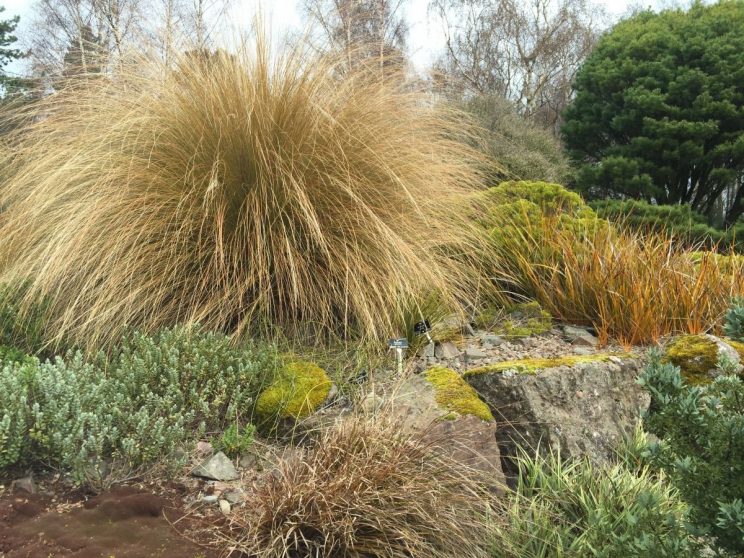 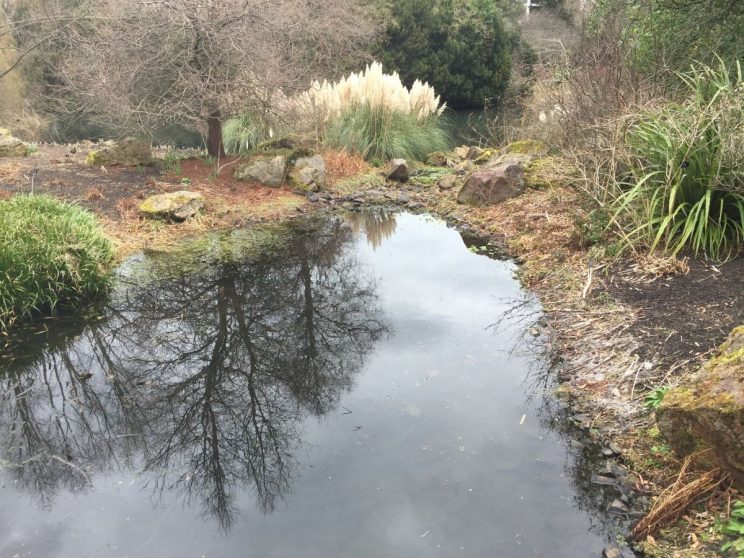 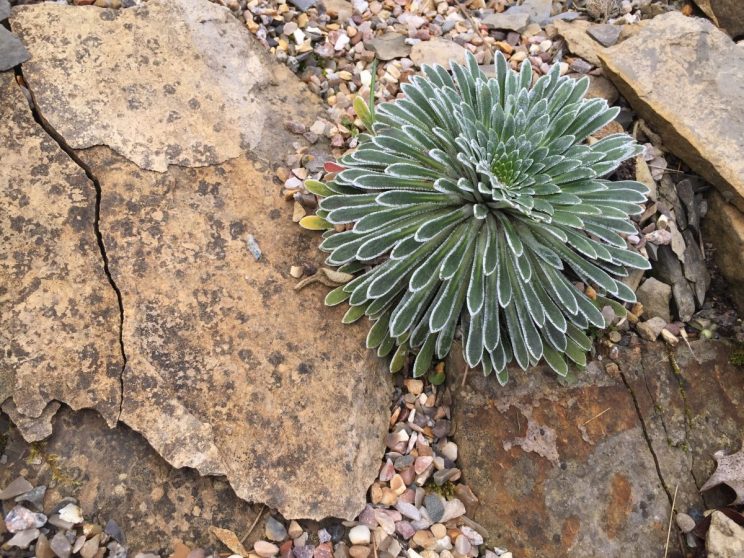 Back to the future

Finally, at the start of March, Chris and I visited the Barbican to see their conservatory again. We’ve been there a few times and it never ceases to be a transportive experience where I feel simultaneously in the past and the future at the same time – a bit like being in a post apocalyptic video game. 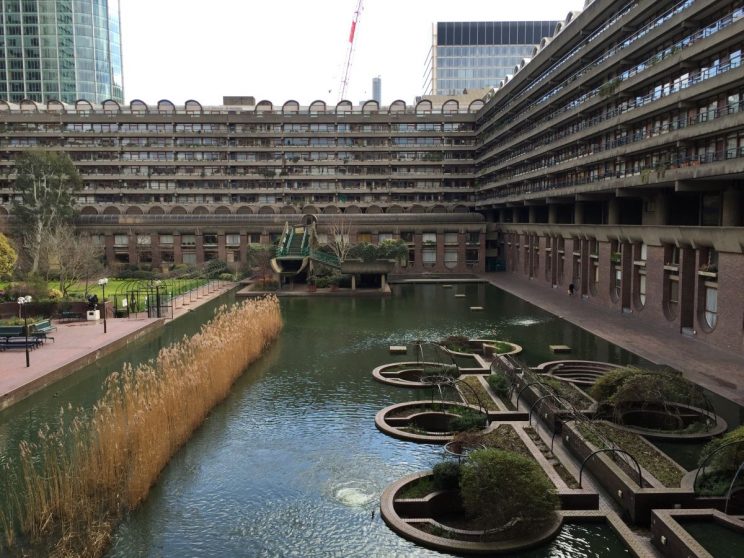 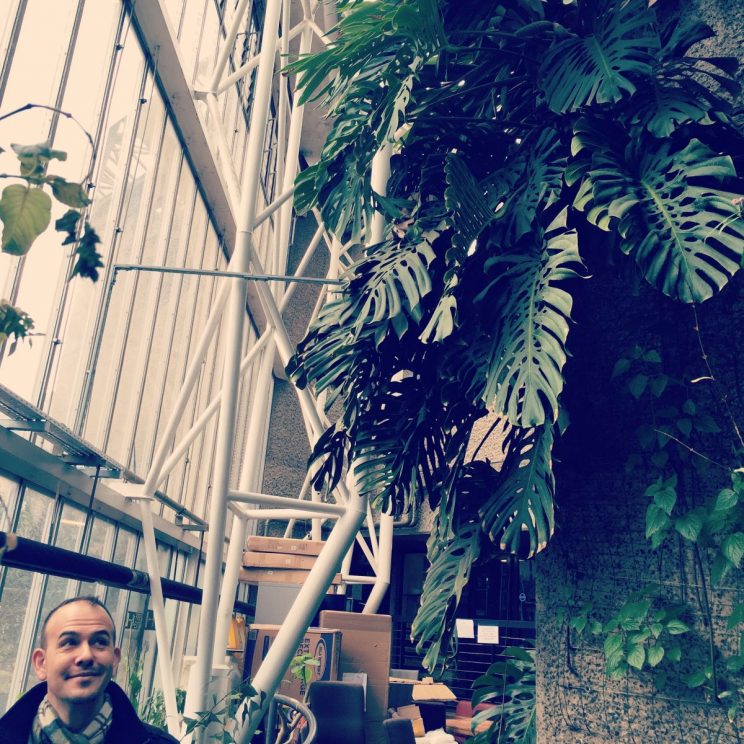 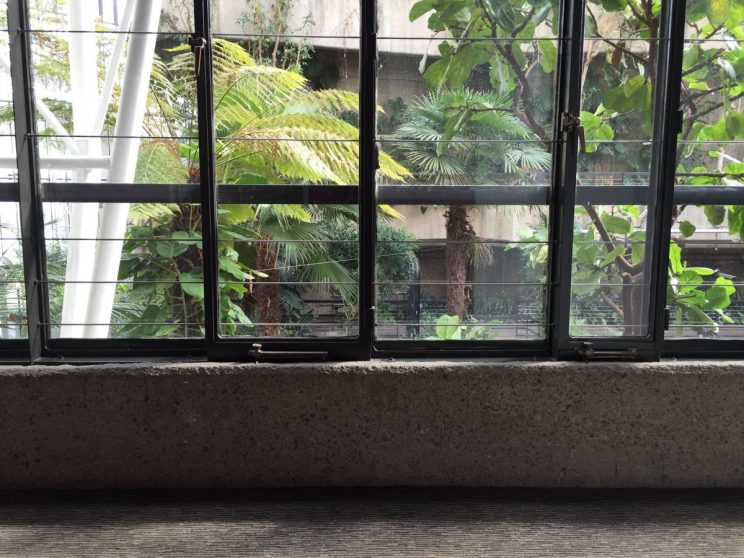 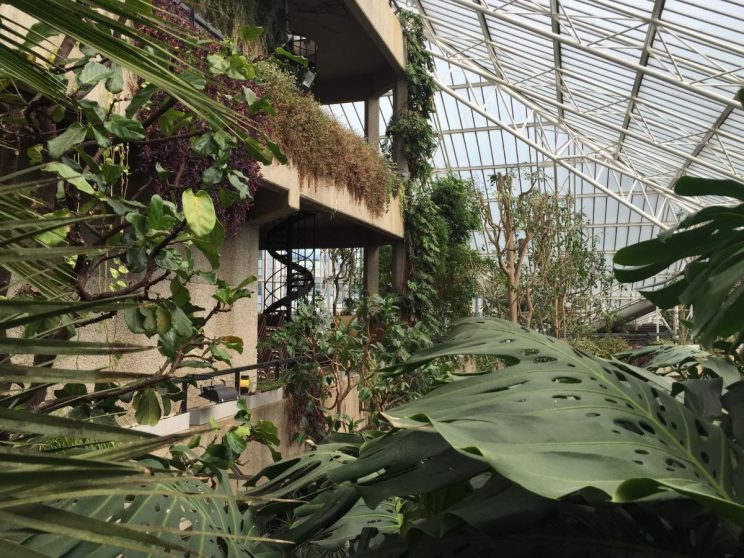 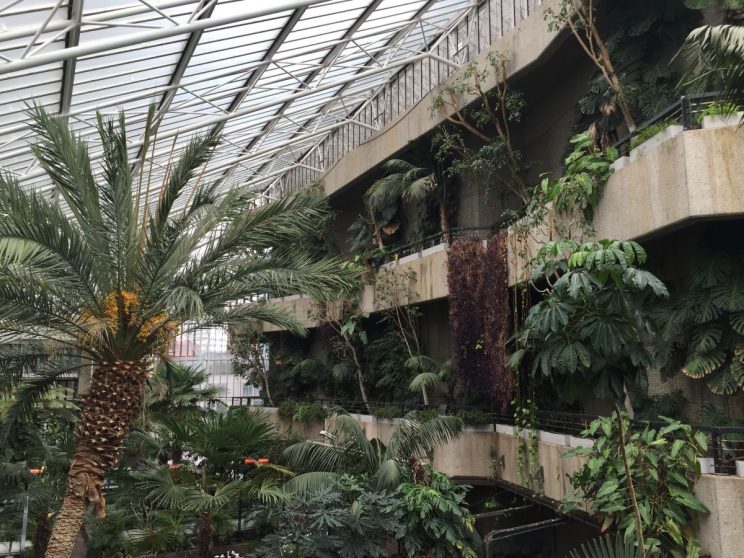 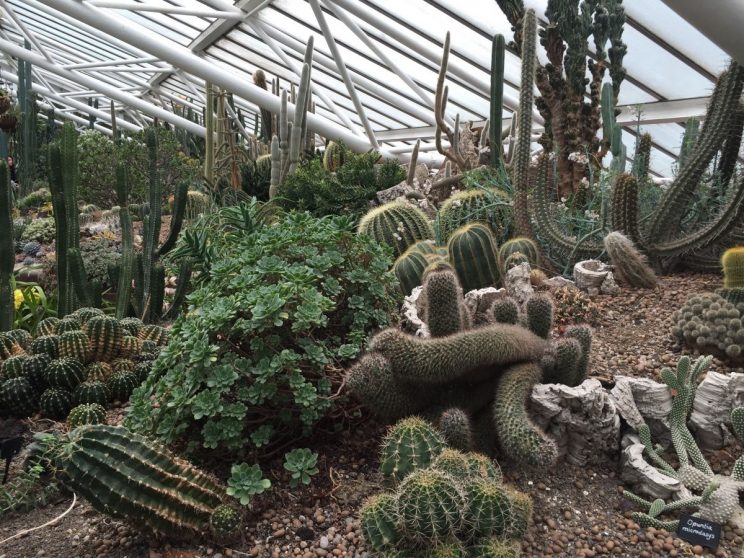 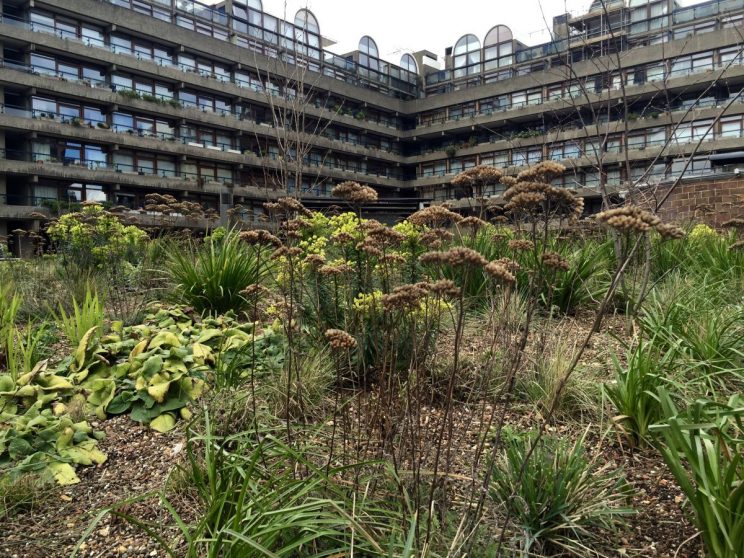