One of my coolest finds in London has to be the discovery of Shanks Pony Nursery in Vauxhall run by a chap called Andy (on Twitter) and his partner Julien. I was first made aware of Andy a year or so ago when I spotted a Brugmansia planted in a community bed in the Vauxhall Pleasure Gardens park. Tweeting out about this unusual street bedding, people soon linked the Brugmansia to the culprit.

In Victorian times, this area of Vauxhall was a ticketed public garden with entertainment and plants to keep Londoners occupied. In recent decades, the park had become very run down. However in the last few years a big regeneration project has been happening and plants are playing a starring role. 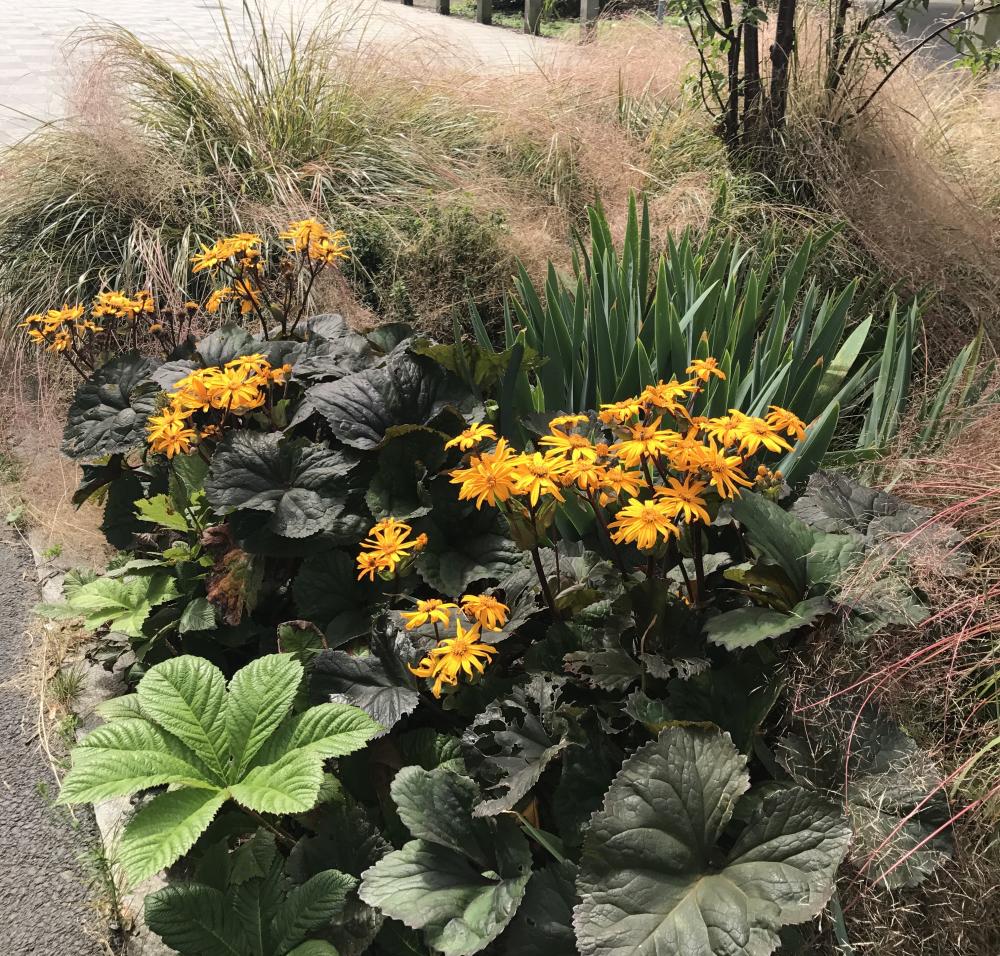 Community members have helped to start transforming the park, and Andy and Julien are among them planting up many of the borders. Their work is unmissable as it’s full of large leaved oddities that are a million miles away from your traditional Begonia bedding.

In fact, to find the nursery from Vauxhall tube you merely need to follow the trail of Cannas. 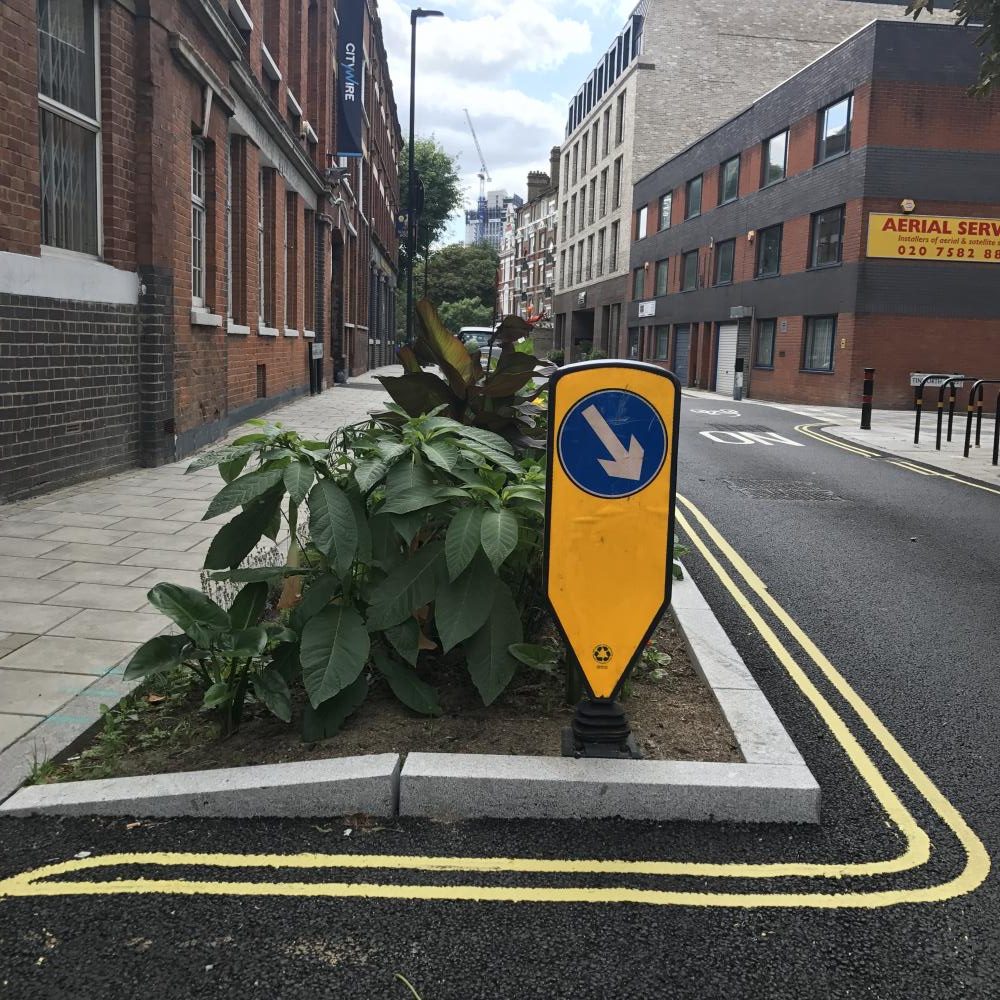 It’s amazing how the plants help to take this area of Vauxhall up a notch from an inner city concrete-fest to a unique, interesting place to be. By comparison, while King’s Cross has seen equally dramatic regeneration and does have some fantastic garden design, it’s lacking this sense of individuality. 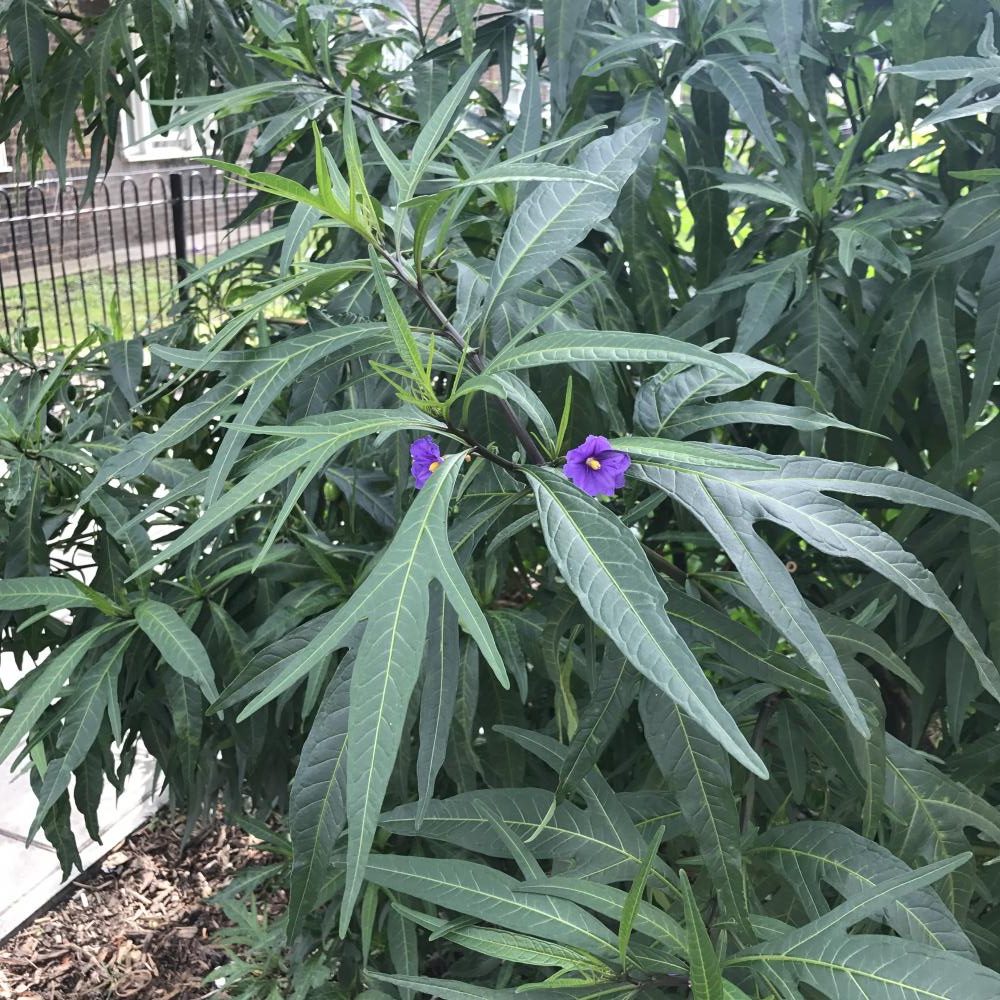 Unlike the many garden centres across London, Andy actually propagates a majority of the plants himself. It’s this level of passion and care that gets me excited about the UK’s independent nurseries, mostly situated outside of London. Speaking of the plants, almost all of them are tough and interesting tropical plants I don’t often see in the bog standard garden centres. Things like Cycads, various palms, rare Yuccas, Ricinus and even self-sown Opuntia cacti.

I’m really excited Shanks Pony Garden Nursery exists and even more so because it’s only a short walk away for me. I even walked away with an incredibly healthy looking Cyperus involucratus (my existing one being really stunted for some reason).

If you live in London, I highly recommend a trip to see what Andy has for sale, it’s a small space with lots of quirky plants. There’s a new art gallery 30 seconds away on the same road plus lots of little cafes and pubs to visit too, making it a good way to spend a morning or afternoon.

One thought on “Shanks Pony Nursery in Vauxhall”