Heligan, a garden established in the mid-18th to the 19th centuries by the Cornish Tremayne family (Wikipedia), was only ever lost in the “covered in dense weeds” sense rather than a discovered ancient ruin. It’s better described as the Forgotten Gardens as people knew something was there, it had simply been left to wrack and ruin since the first world war. Now, after significant restoration, Heligan is in its renaissance and a vast, amazing place to visit thanks to the areas once preserved beneath a blanket of weeds. Gardens, time and the changing involvement of gardeners are an interesting formula with differing results.

On arrival we decided to skip the walled garden and head for what we thought were the ‘lost and then found’ areas (hold this thought as I’ll come back to the walled gardens in a mo). The jungle, lost valley and tree fern groves first on our list.

Perhaps not the best route on a first visit because the initial impression was a large visitor centre, a typical path through a wood, then all too quickly stumbling on the (albeit wonderful) mud maiden. Some of the anticipated mystique in my head evaporated. As we passed out of the woods and through a field, suddenly that magic began to reach out to us from the approaching jungle. Enormous, twisting, bone-hard red branches of century old Rhododendrons looped and curved around us. Lit from below by a luminous green lake. 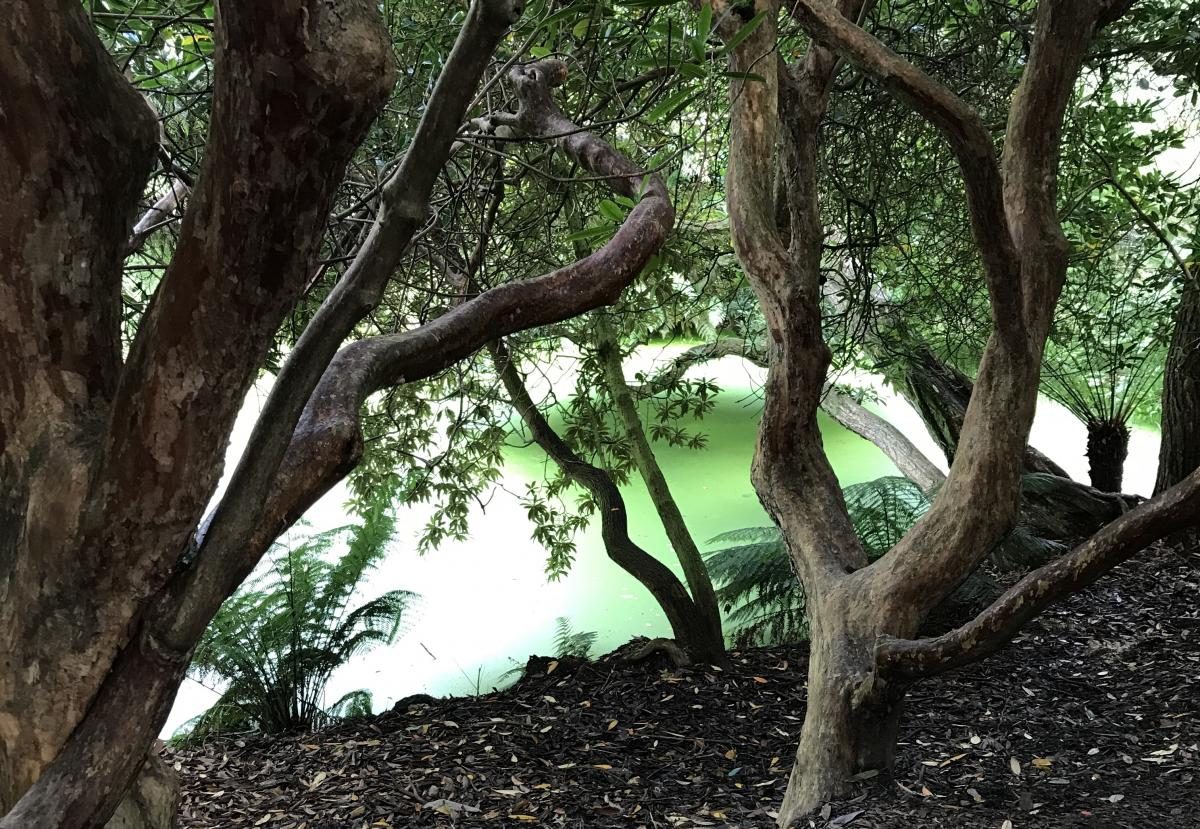 Delving further in and the scale of this valley suddenly dawned on us. Looking at the above scene, I was reminded of the Journey to the Centre of the Earth, with everything supersized. Gunnera, Rhododendron, Sequoia and seriously huge Dicksonia antarctica tree ferns make you feel puny. It’s worth dwelling on some of these aged plants for a moment, I’ve seen larger specimens in the wilds of New Zealand (tree ferns) and California (Sequoiadendron). Yet here in the UK it’s an unusual and dwarfing experience, especially as the world’s giant plants from multiple continents are assembled together in one fantasy land. 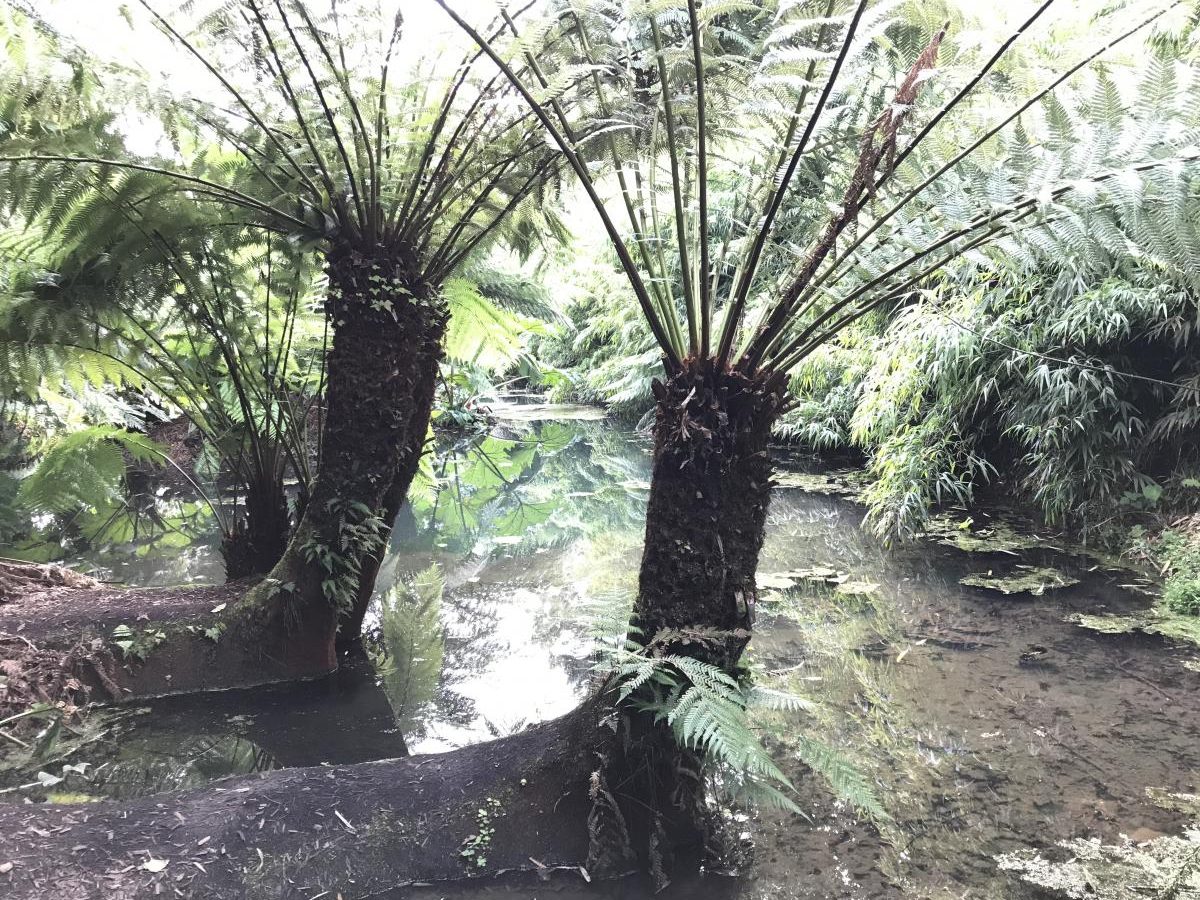 Tree ferns grow incredibly well in the frost free maritime climate of Cornwall. Here in Heligan, hidden from the world for almost a century they have grown and grown. They tower up to four meters tall. Some toppled by an unknown weather event, righting themselves over time to form angled trunks. Others with two or even three crowns on one plant. It’s not the only garden in cornwall with tree ferns surviving from the Victorian era but it is one of the best.

Fresh from meeting the giant bamboo earlier that day at the Eden Project, my eyes were drawn to the frothing mass of bamboo along the water’s edge. It’s a recurring theme with me that plants I dislike tend to take on a more appealing look when grown on mass (Cortaderia another example). Heading back up the hill, through fields and paths toward the entrance, we were pretty much finished at Heligan. Though decided we’d better pop in to see the Harvest Festival display. Us two doofuses over here had of course missed some of the main areas of the gardens *facepalm*. Advice to everyone, start with the walled garden and exit through the woods, not the other way around. 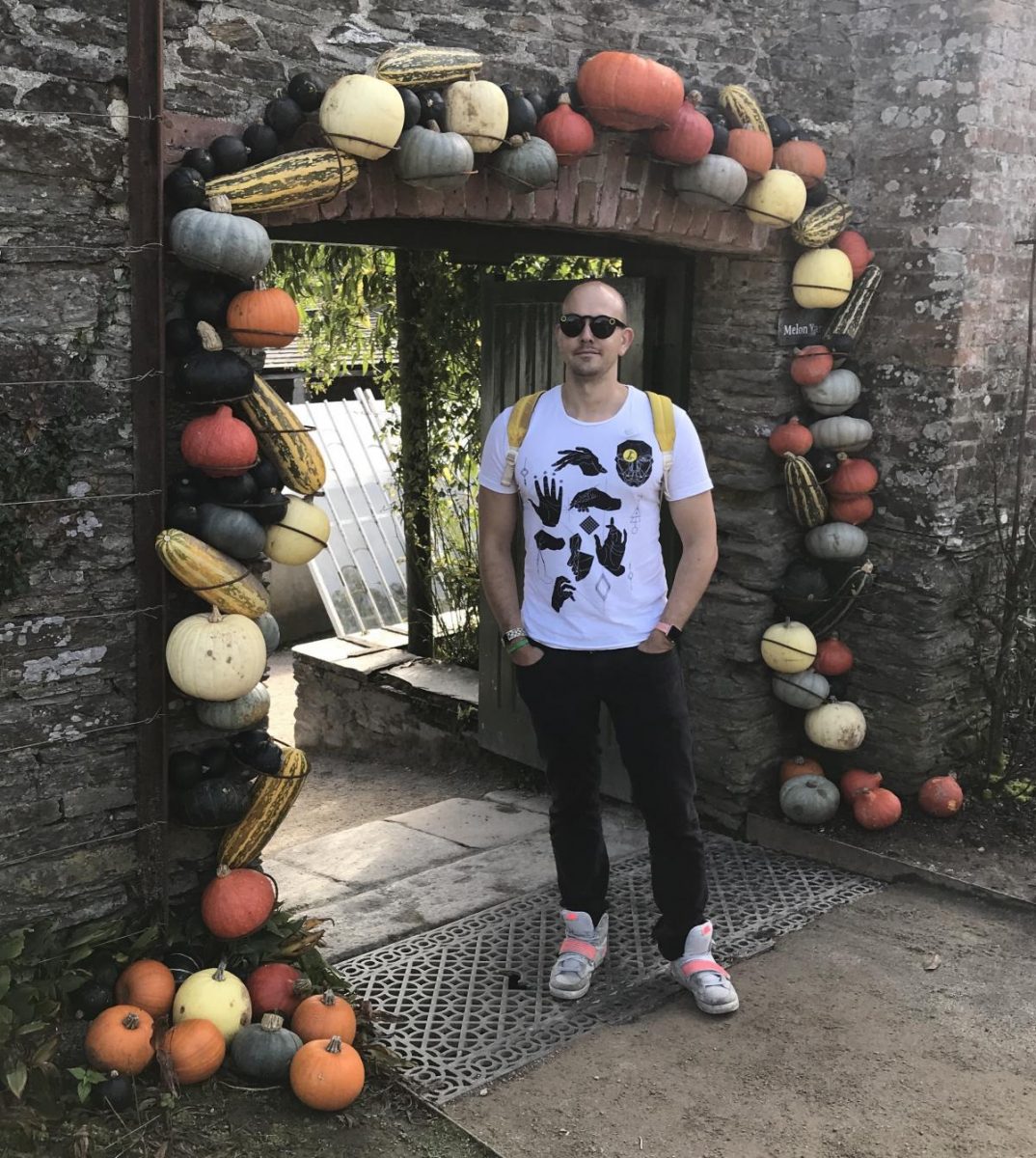 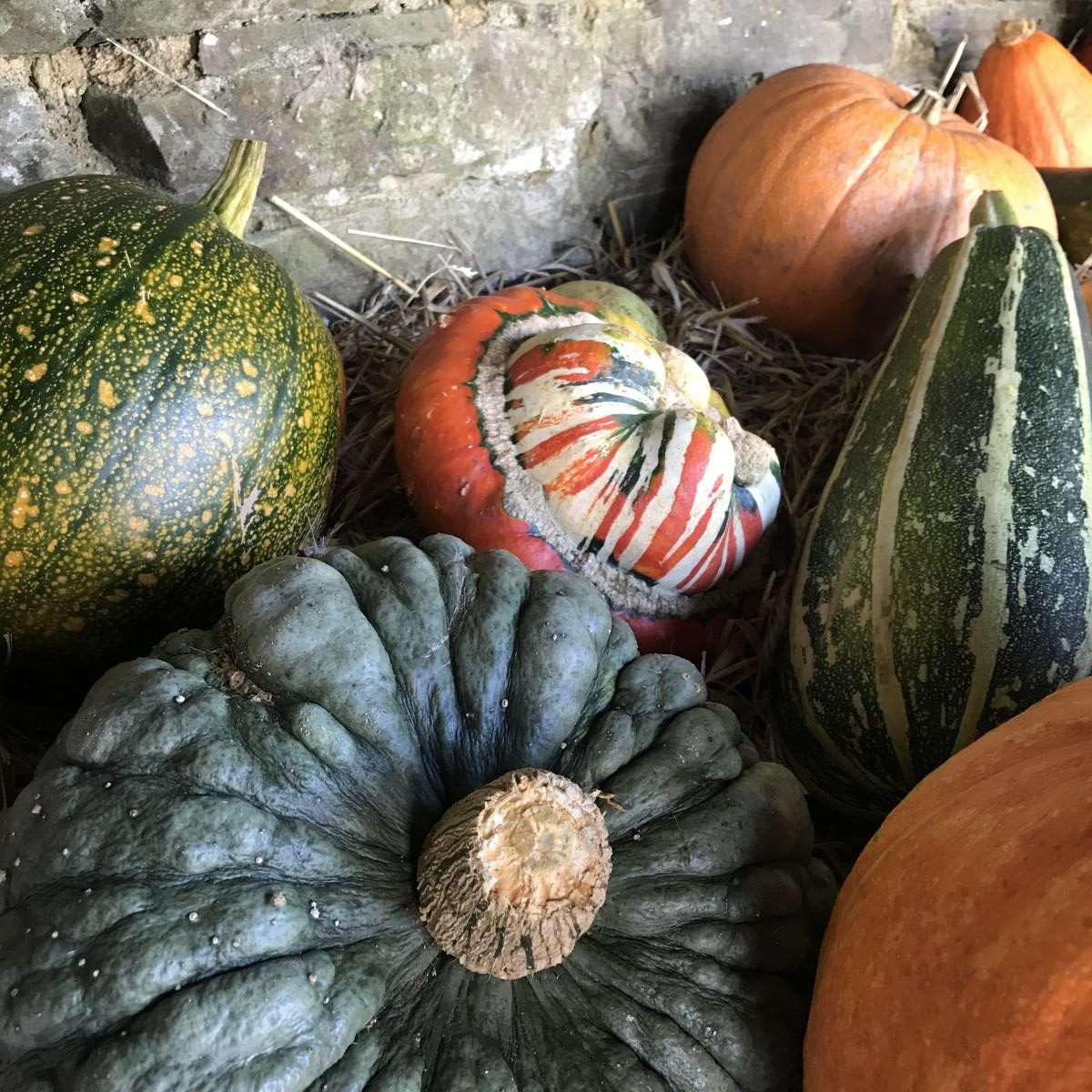 The harvest festival was a real treat with an amazing display. Nothing says ‘rustic’ like a selection of unusual ornamental gourds, veg and pumpkins.

This set the tone for our stroll through the walled gardens, complete with found tools on display. It’s a beautiful working museum and this is clearly the heart of Heligan. 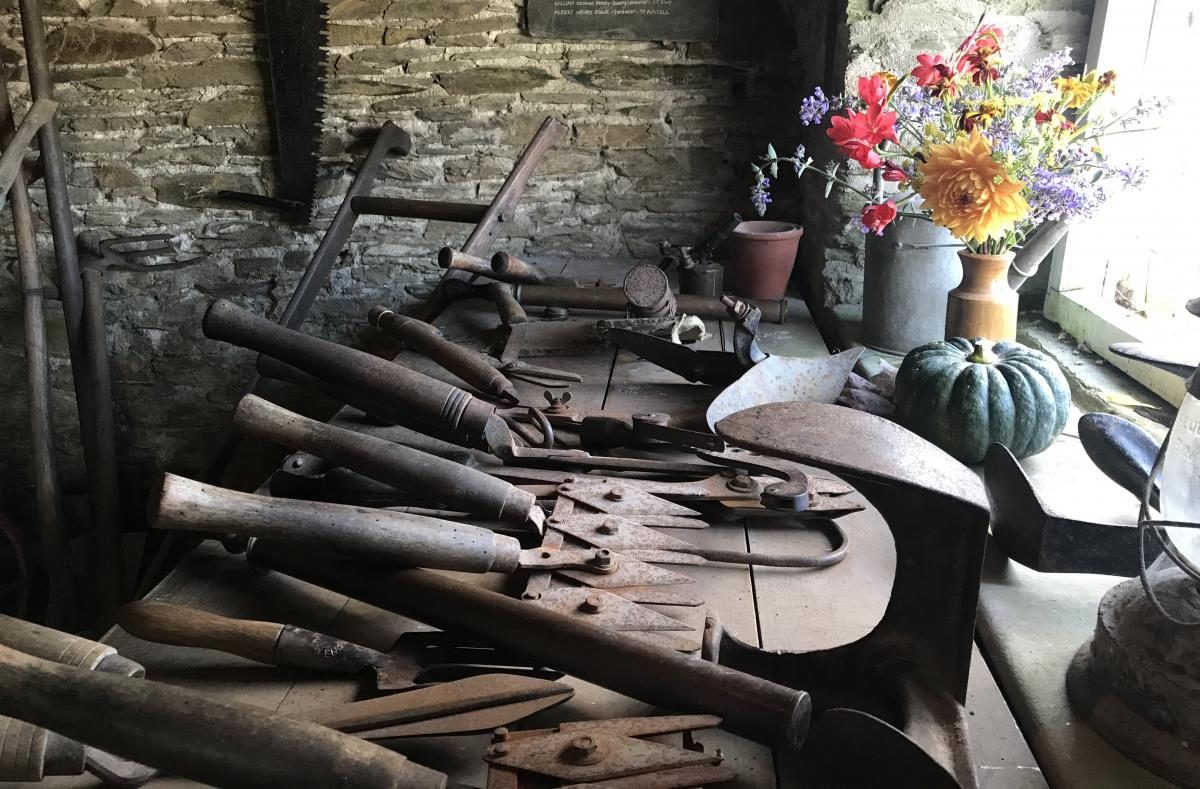 On seeing the crumbling brick walls, rusty tools, the lovingly restored glasshouses it’s easy to understand the excitement of those cutting through the brambles finding it all again. 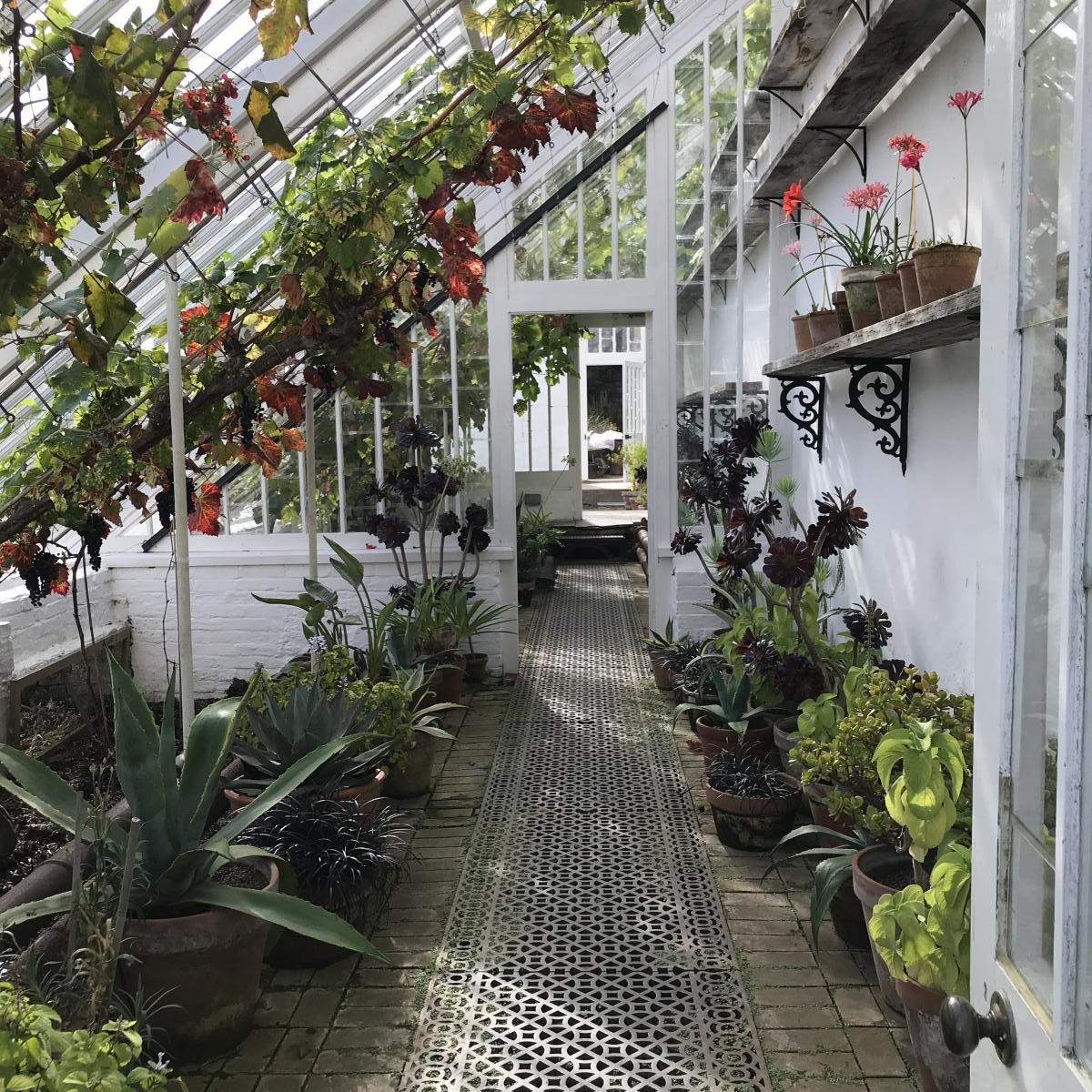 New life breathed back into treasure after treasure. It’s a romantic and childlike sense of excitement exploring these areas. The people who’ve worked on Heligan have done a wonderful job of saving everything while giving the visitor an understanding of the disrepair it had fallen into. Everything is slightly damaged with time and the decades of neglect. You walk through many secret gardens, imagination running wild as the ghosts of the place operate all around you. 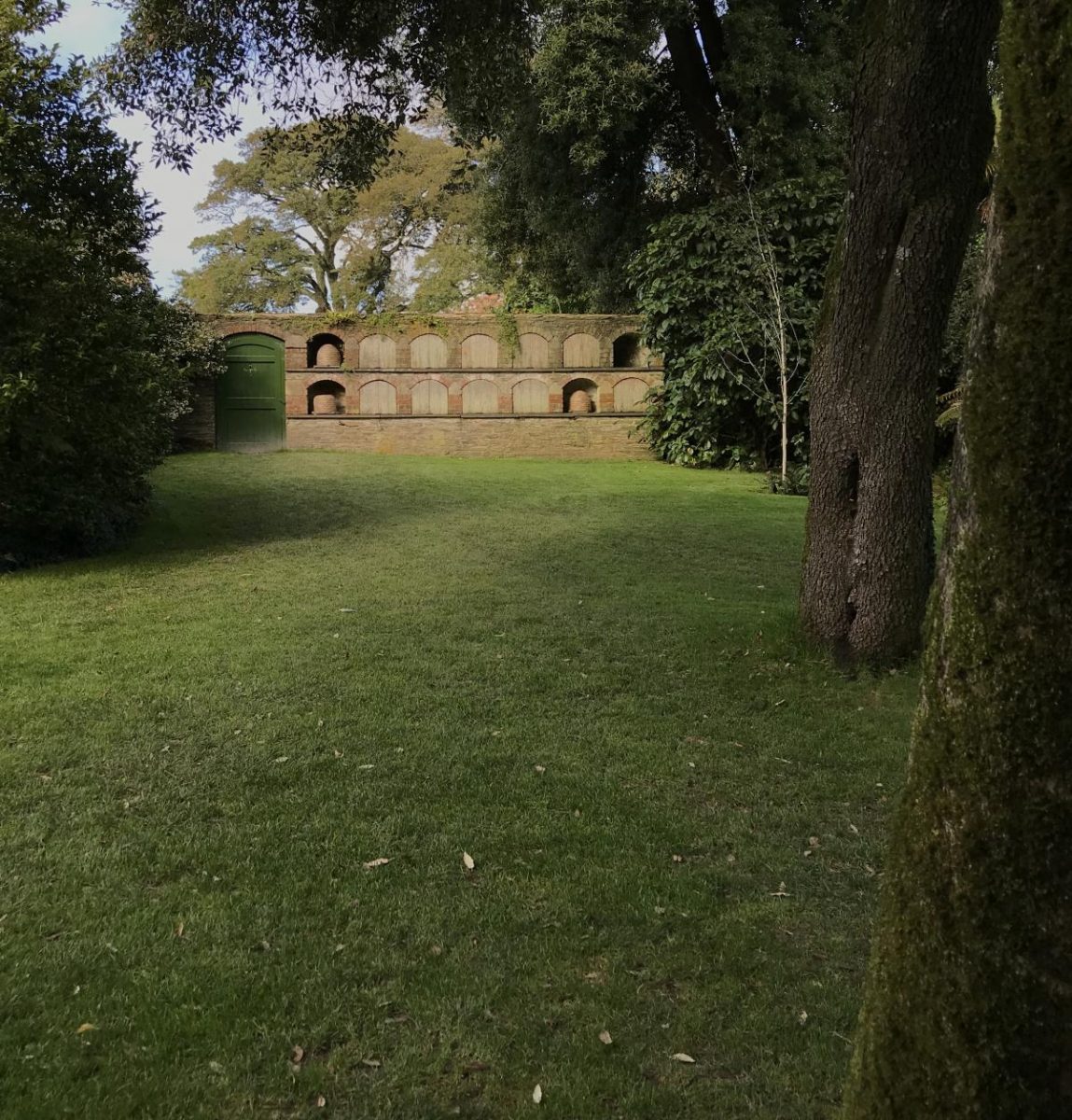 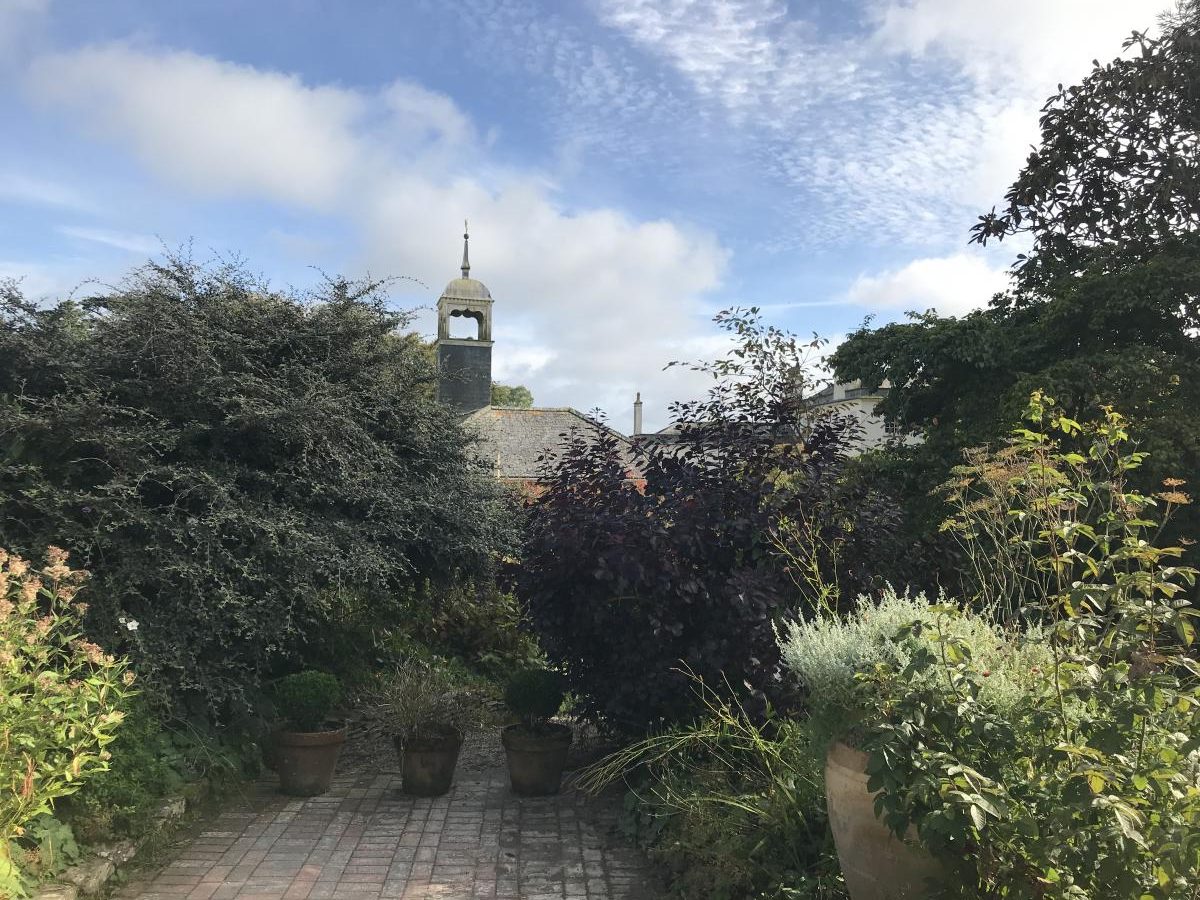 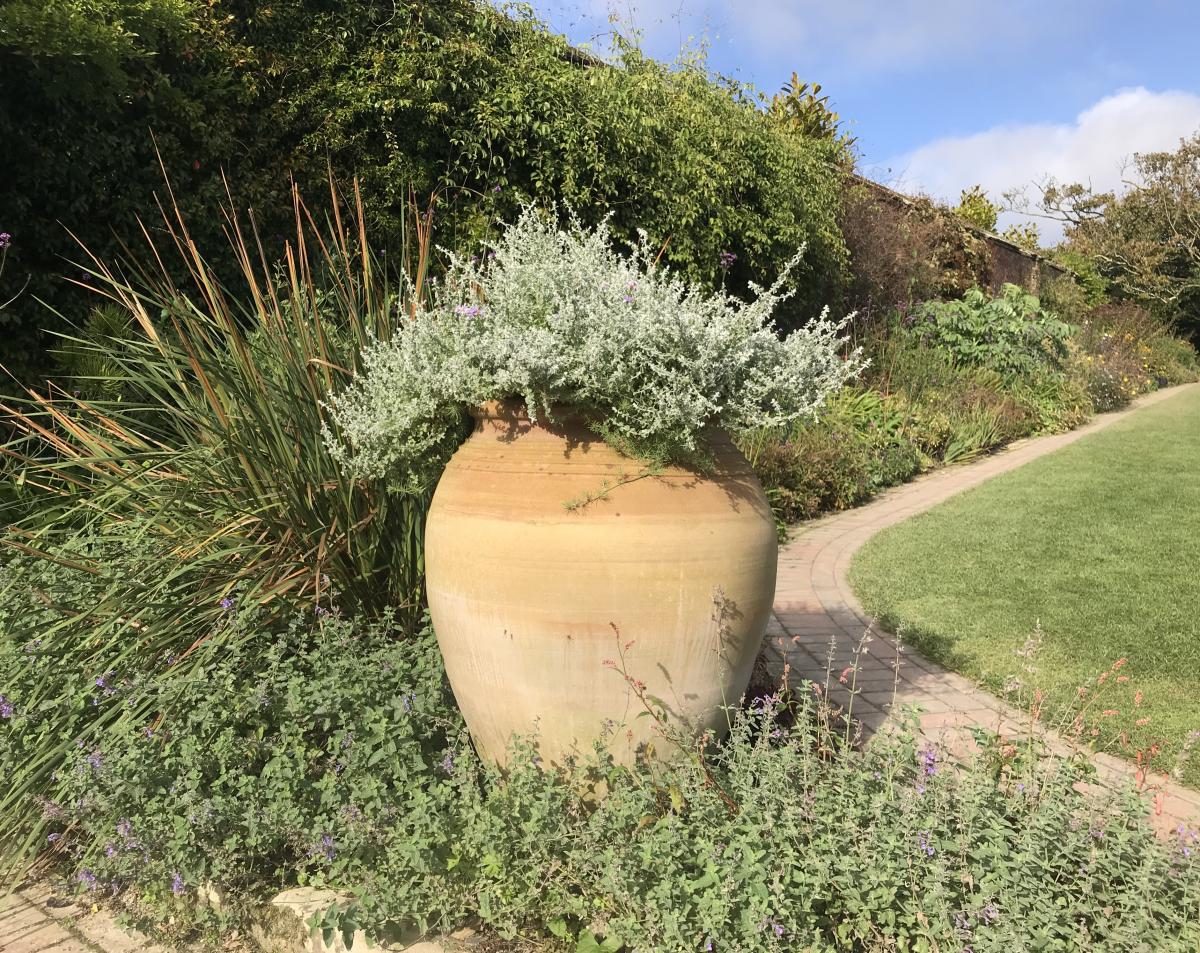 I loved the mix of areas saved from falling apart and immaculate beds next to gate posts still overgrown with ivy. 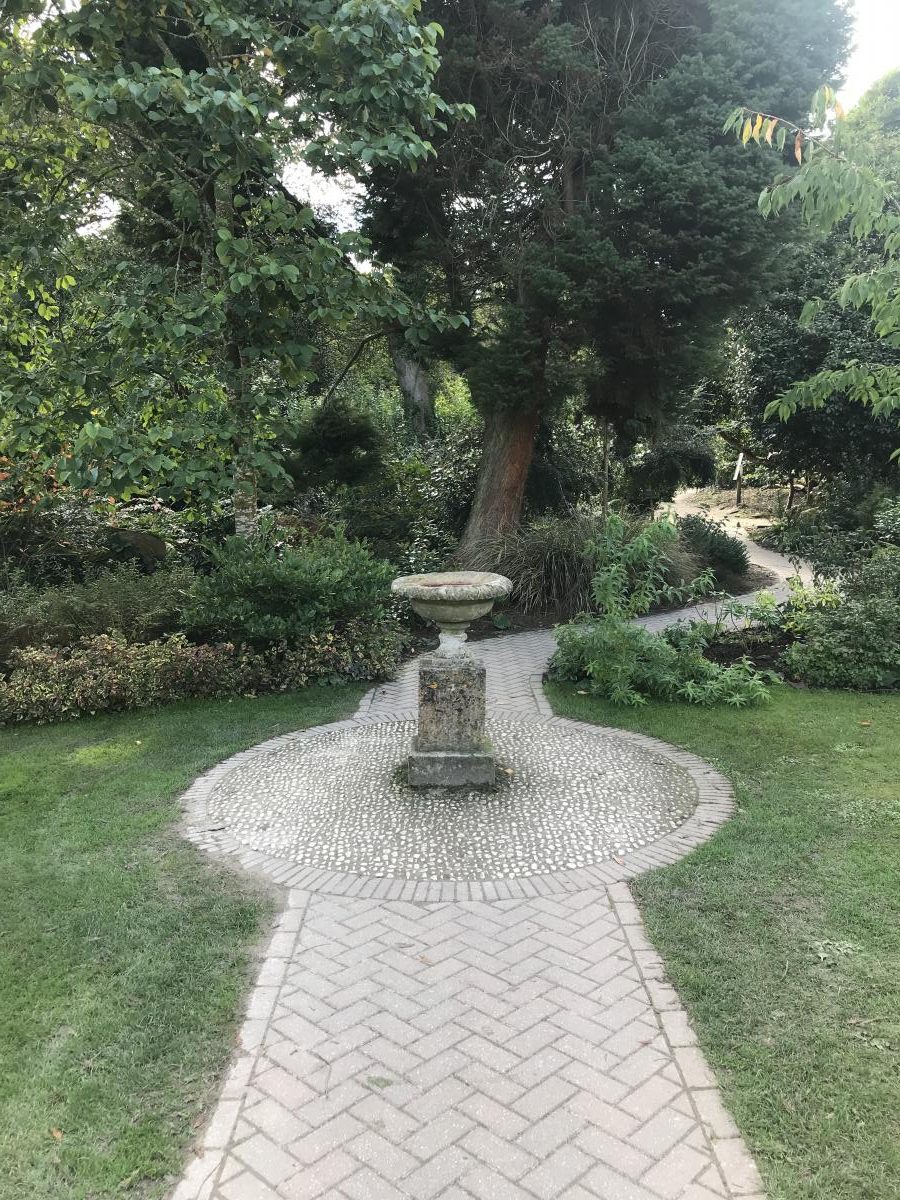 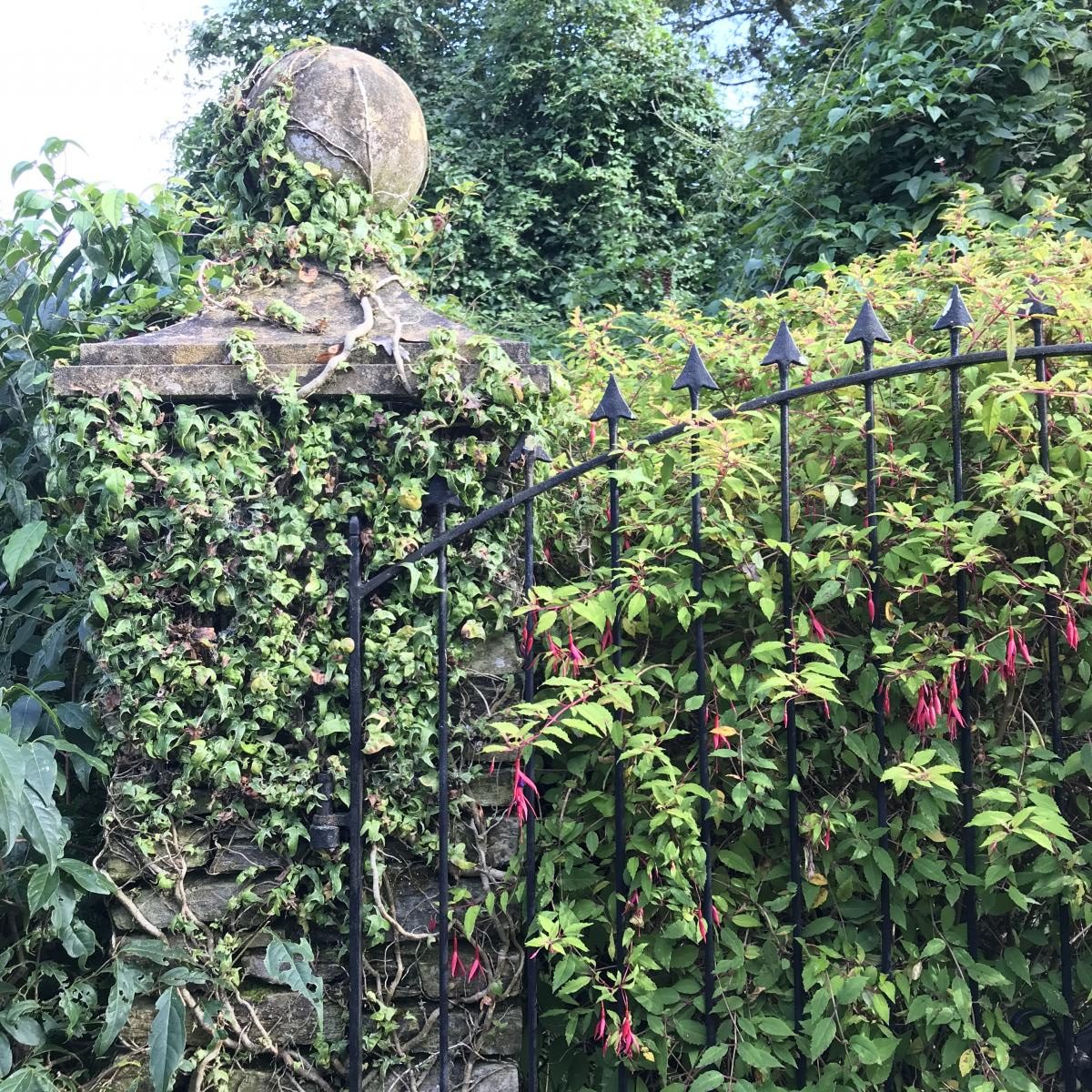 Plants left to run free without gardeners trying to reign supreme over them is part of what locks in the wonder of that world once free from human eyes. It’s really rather clever.

At this time of year Hydrangeas are barely clinging to colour, resulting in a fantastic soft pallet of greens pushing through. 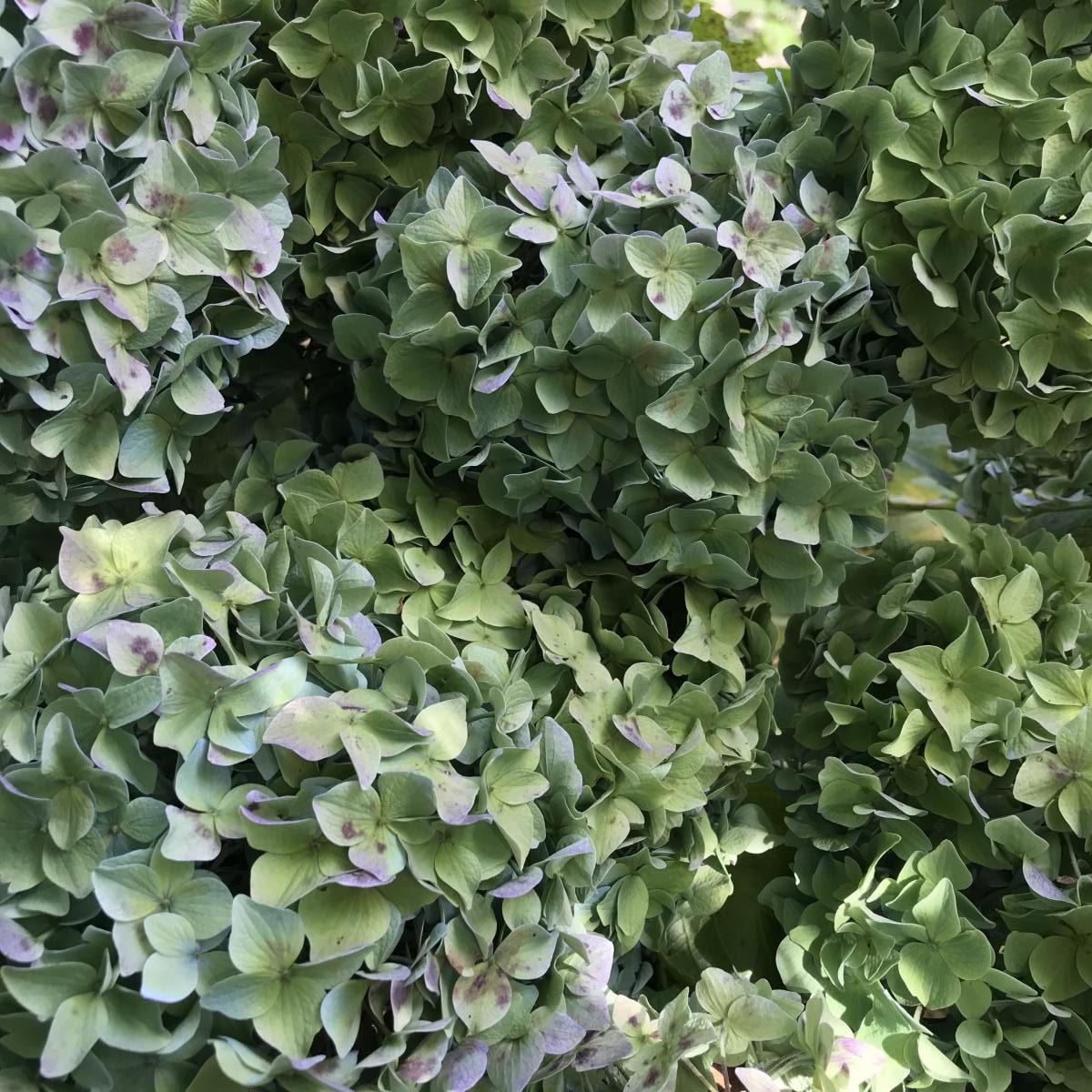 There are many areas to the Lost Gardens of Heligan and I’m not sure we saw all of them. It comes from the same Victorian era as Biddulph Grange in Staffordshire, where gardens were divided into themed rooms. This was primarily to entertain visitors by giving them global experiences. In gardens this also meant themed collections of plants displayed at their best. At Heligan the gardens are more spread out, with the jungle, Italian terraces etc. 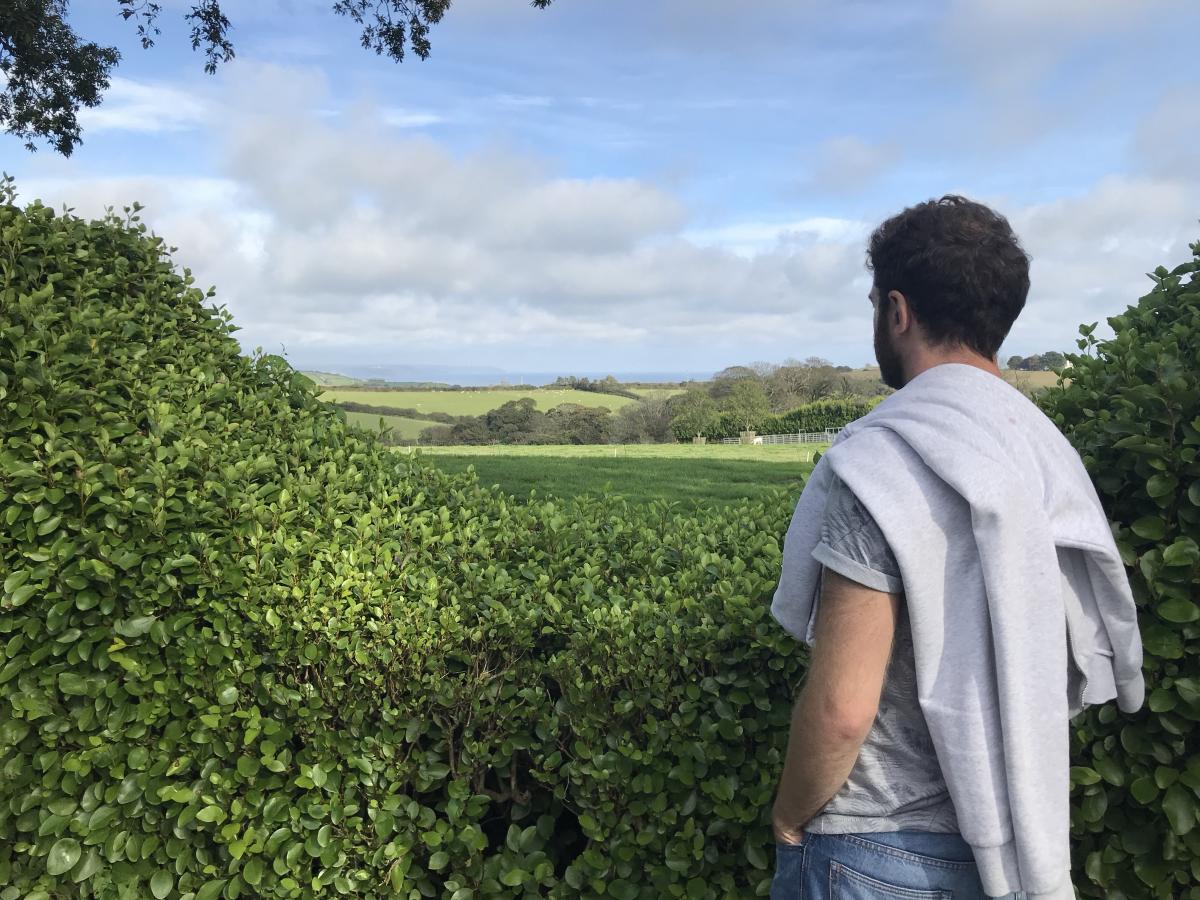 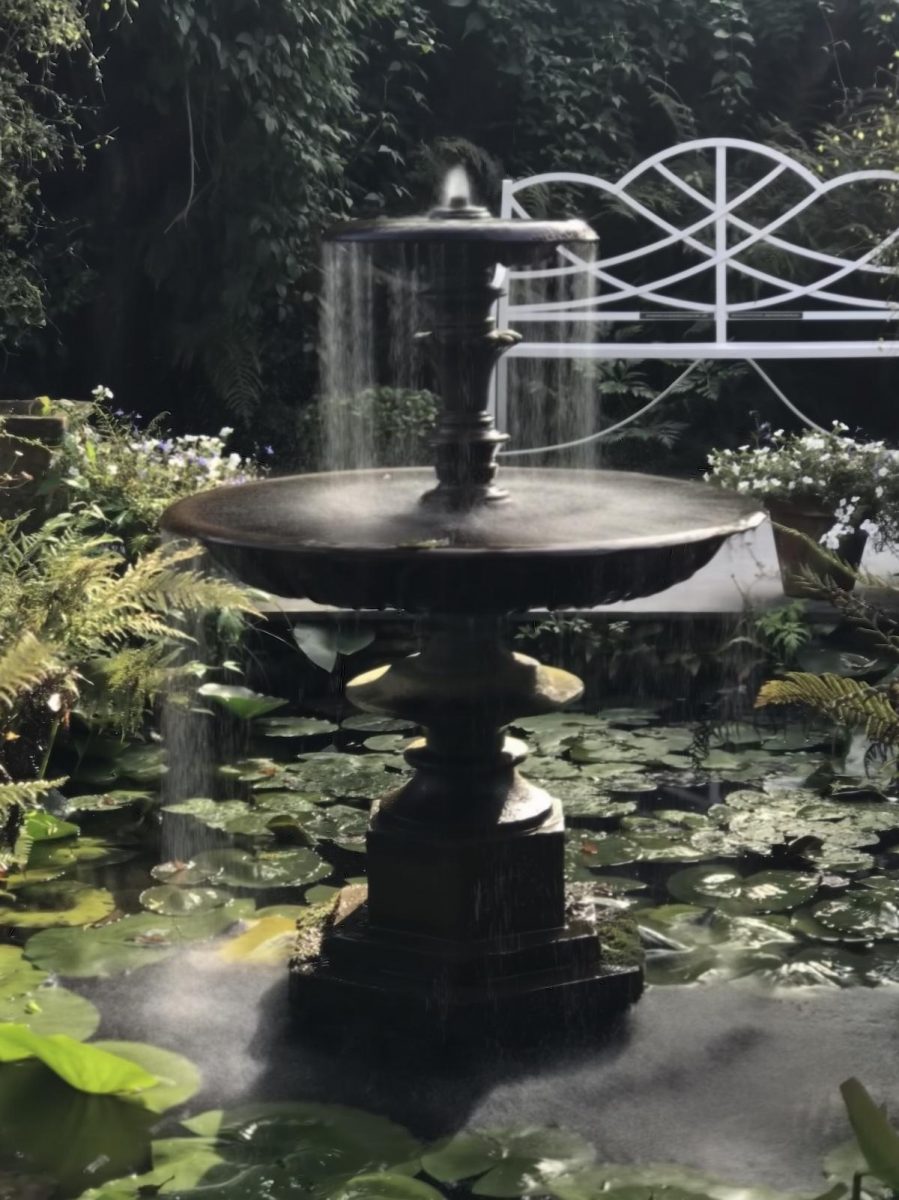 With all the Lost Gardens of Heligan has to offer its most timeless moment for me came from a tiny sensory trigger. In the kitchen garden are the country’s last remaining Victorian pineapple pits. Today they are back in use and the waft of sweet pineapple from the growing plants in the sun was a memorable and special thing. 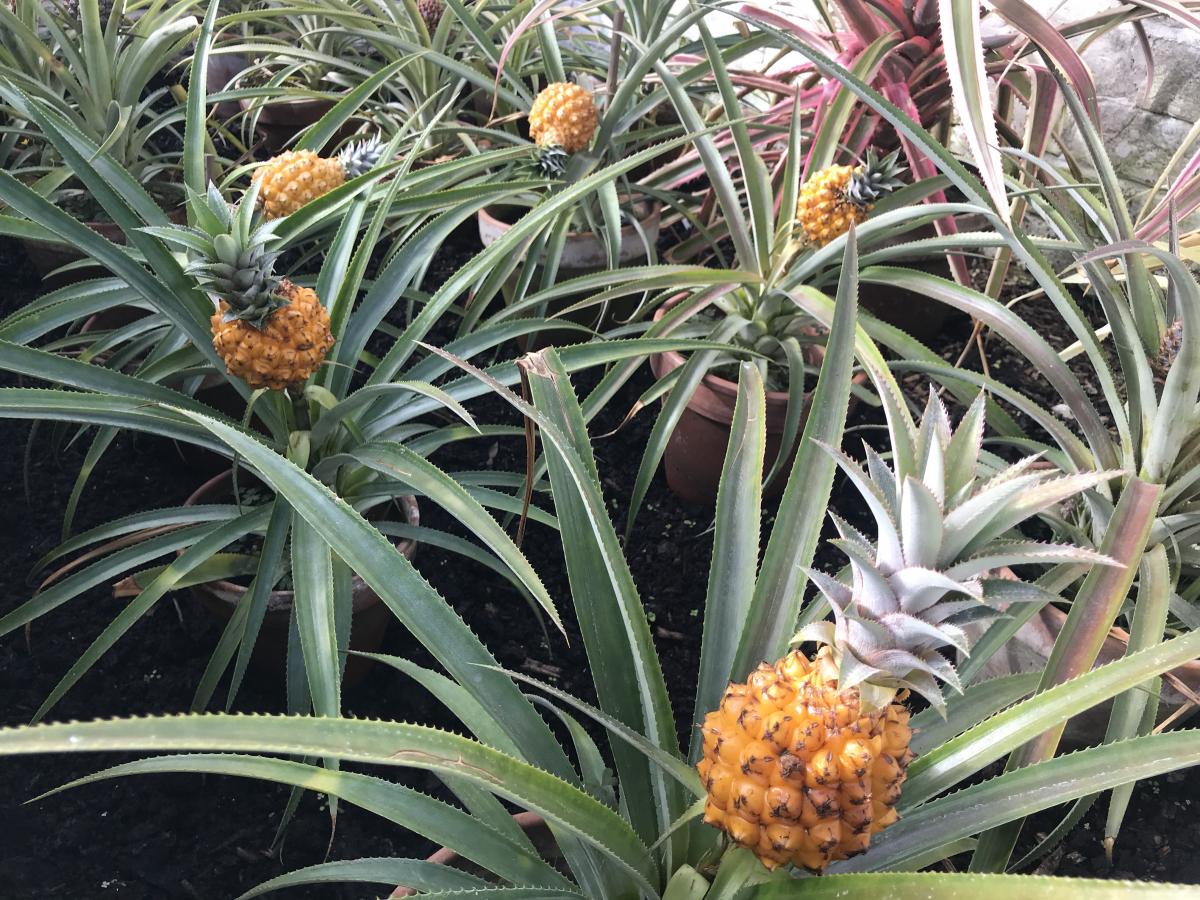 Rather than finish on that pleasantly fragrant note, let’s finish on another one. In between the kitchen garden and the Italian garden is a building called the Thunderbox. An amazing name for… the gardener’s toilet!