By July Solenostemon should be growing rapidly and, with the foliage types, it’s often useful to pinch them out to encourage branching and remove the flowers. Instead of pinching the tips I’ve been taking this opportunity to multiply my stock by pinching slightly further down for some easy cuttings. 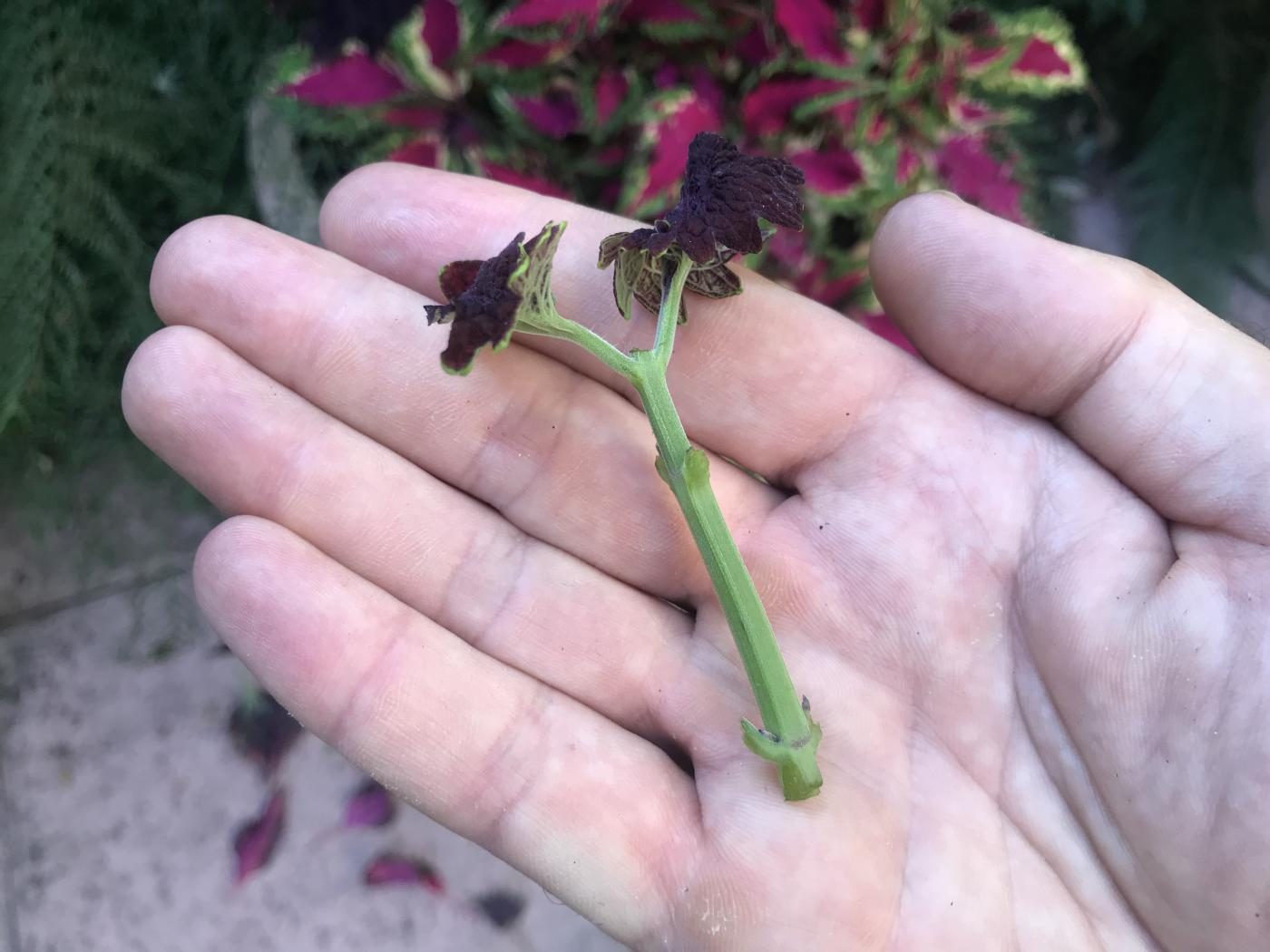 For a cutting, you just need two leaf nodes, the points where the leaves and shoots grow from. One of these will form roots while the other will form new stems. You do need a piece at least 5cm long, so you may need to include an extra set of nodes as I have above. You can use scissors or a knife but I find they’re easy to pinch with a thumbnail.

If you look closely at this photo, on the lower two nodes I’ve pinched off all of the leaves and shoots. These will sit beneath soil level to form roots. I’ve pinched close to the bottom node to remove excess stem beneath which is prone to rot quickly. The top growing point has also been pinched off as this usually just withers and rots, instead new shoots will emerge from the node. To reduce moisture loss, I’ve pinched off at least half of the remaining two leaves, though you do need some to keep the photosynthesis and transpiration processes in motion.

Beyond that, I’m just sticking directly into the ground around the garden in slightly shady spots in the beds and pots. As long as the growing media doesn’t dry out and they’re not in baking hot sun, they’ll root in a matter of a week and you’ll soon see shoots emerging. It’s a summer miracle! Give it try for yourself and let me know how you get on in the comments below. The great thing is, there’ll be no shortage of shoots to keep trying.