Hippeastrum (incorrectly called Amarylis by shops for some reason) are amazing indoor plants that flower in Winter / early Spring. I’ve owned our one for three years now and it’s flowered every year. Offset bulbs, the baby plants, have been growing on the Hippeastrum for a couple of those years and it’s time to separate them to give them their own pots. 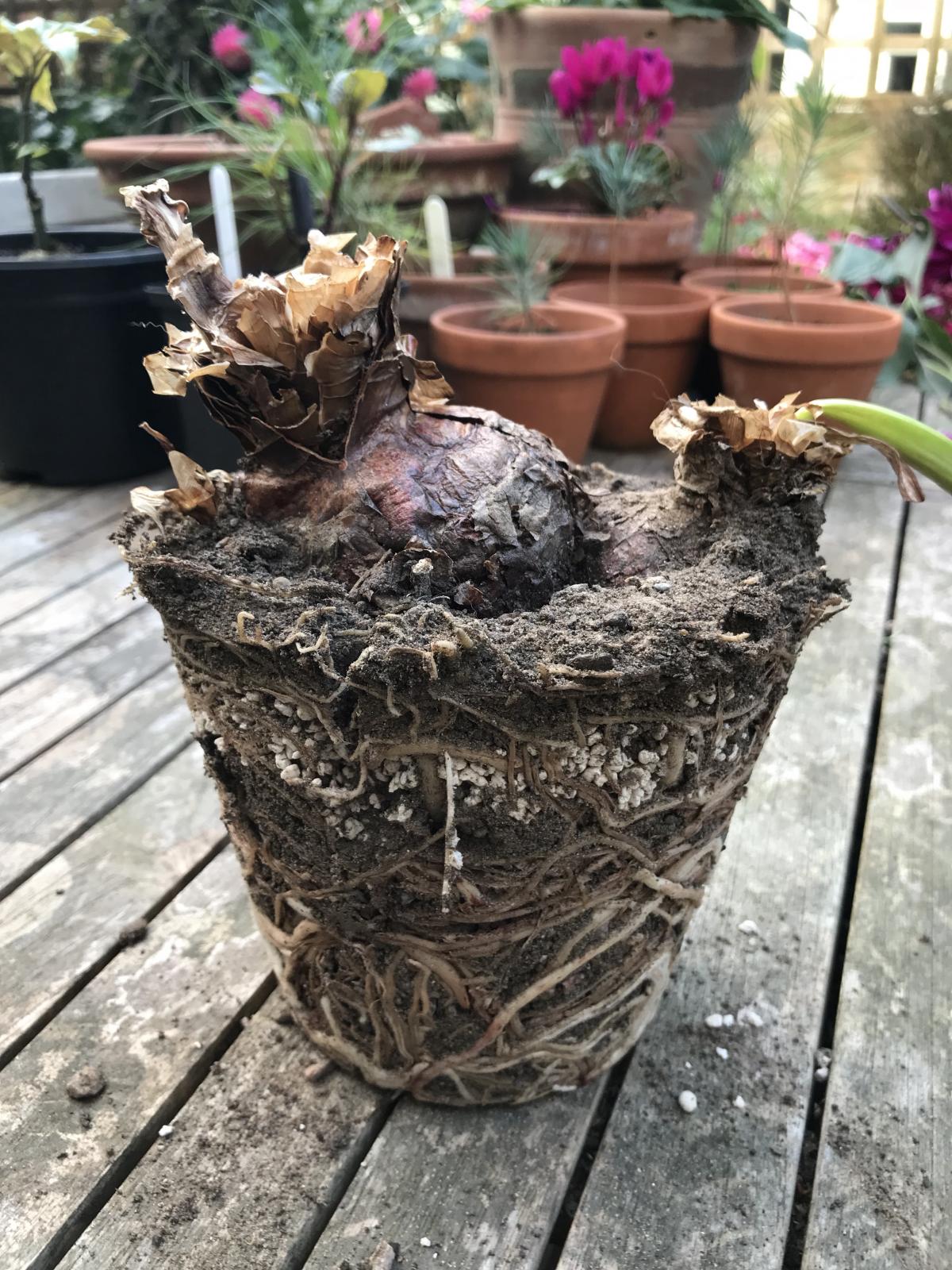 You can see above that my Hippeastrum is quite pot bound in very free draining growing media, which is how most cultivars you can buy like it. The larger of the offset bulbs on the right can easily be seen. Funny thing plants, they’re slow growing but incredibly strong, the bulbs warping the pot they were in. I thought the bulbs may be squashed but no, they’re fully rounded. Although you can see how the offset has knocked the parent bulb at an angle.

Separating the bulbs is pretty easy. You do it during their rest period in late summer / autumn when the growing media is left to dry out and the bulbs go dormant. I was surprised to find the roots still so intact despite not having water for a couple of months. They’ll be pretty wedged together, so first it’s a case of gently brushing as much of the growing media away from them as possible with your fingers. Be careful not to damage too many roots, though don’t worry too much about that as roots grow back, as you’ll likely know from the rootless dry bulb you probably bought originally.

Eventually, once most soil is removed the larger offsets will probably feel loose as they’ve grown large enough to no longer be attached to the parent. With these you just tease the bulb away from the parent slowly untangling the roots. For younger offsets you’ll probably find they are still quite firmly attached. No problem, snap them off. They’ll likely have their own roots as mine did and if not, will grow them. 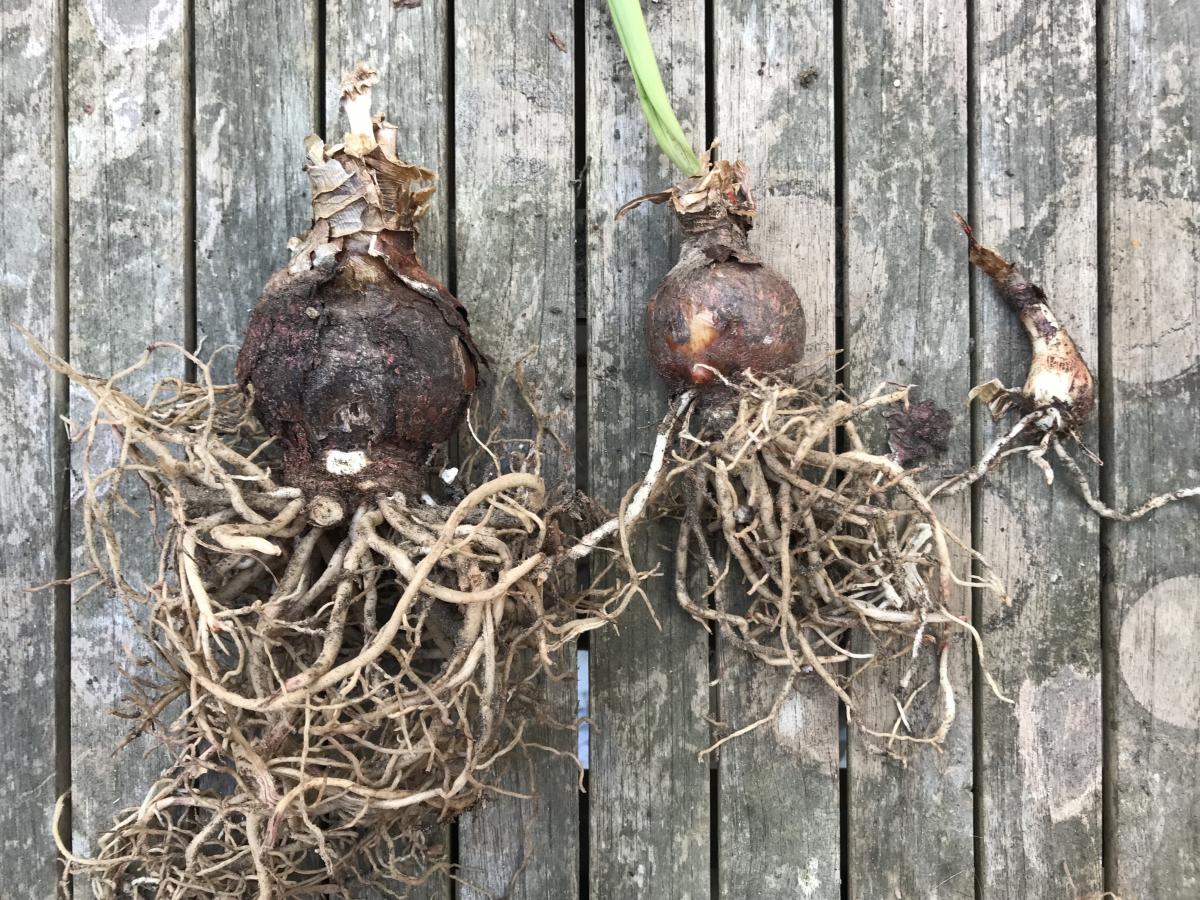 Once separated it’s simply a case of potting them up remembering the golden rules with Hippeastrum: 1) they need very free draining growing media, I use grit and peat free compost, though you can buy ready prepped bulb compost and perlite has worked really well for me too 2) the bulb sits proud of the soil with two thirds above the media 3) they like tight pots if they are to flower, so plant them in a pot with only a few centimetres of space either side 4) don’t overwater them as they rot easily. 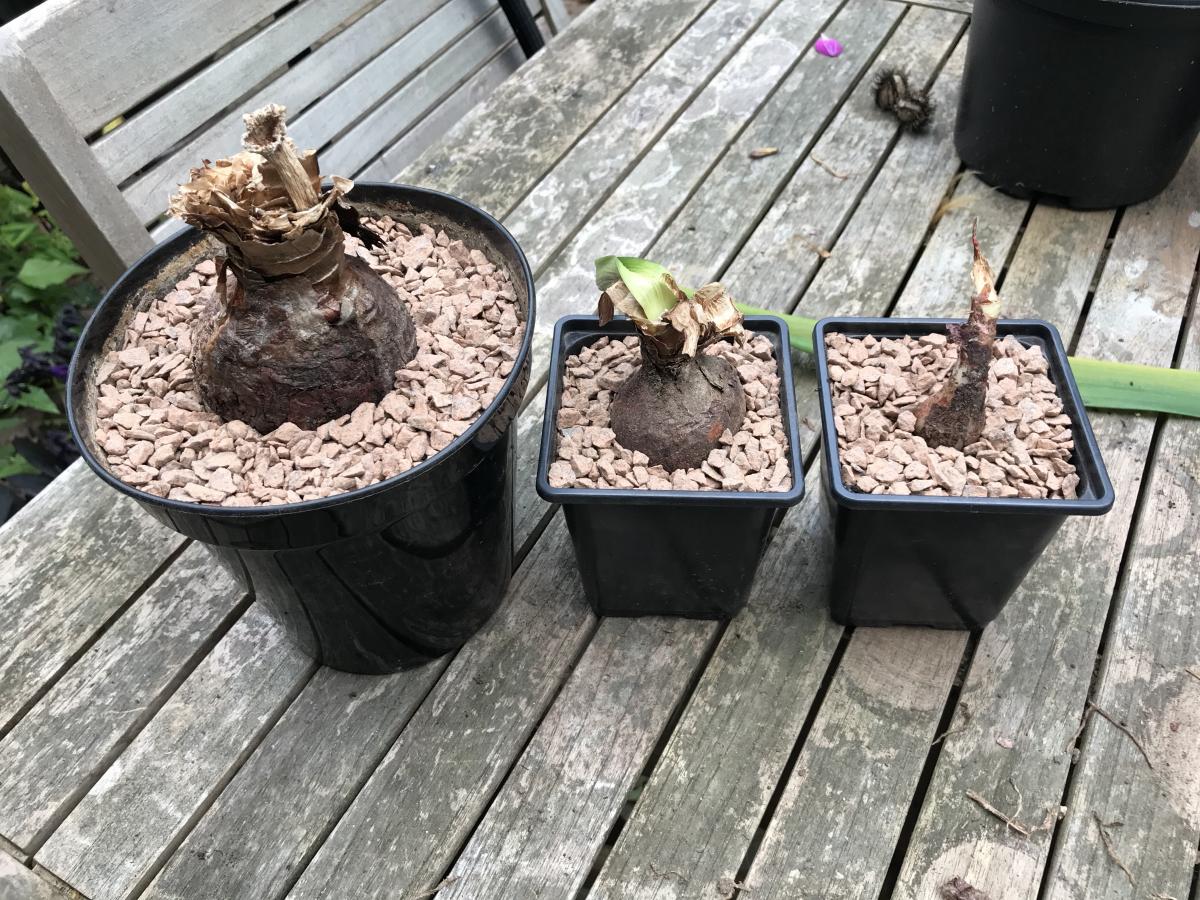 It will be at leat one more year before my larger offset flowers and two to three years for the smaller one. However, it’s worth the wait and there’s something fundamentally enjoyable about growing happy Hippeastrums, notoriously hard to grow, which is in fact a total myth because they’re easy. Good luck!

Here’s a photo of what our Hippeastrum looks like in flower: