I didn’t think there would be anything more nerve-wracking than having Monty Don coming around to see our garden expecting it to look finished. But then, I hadn’t reckoned on opening our garden on the National Open Garden Scheme (NGS).

When the film crew were in it was all too easy to ask them to kindly turn away from the floor-less, wall-less, everything-less kitchen. To not show our tatty, unpainted sash windows. With the paying public however, I’ve been hit with the reality that nothing will go unseen, nothing can be hidden by “the magic of television” (not that it really was because a gardening show is never going to care about the inside!)

So, I am worried about little things like “will the climber cover the overly orange new bit of fence in time?” and “is everything going to still flower in July given the weather is about a month earlier than usual?” However, I’d be worrying about these things regardless, so better to just go with the flow (I won’t go with the flow, I’ll worry, but it’s better to tell myself this). 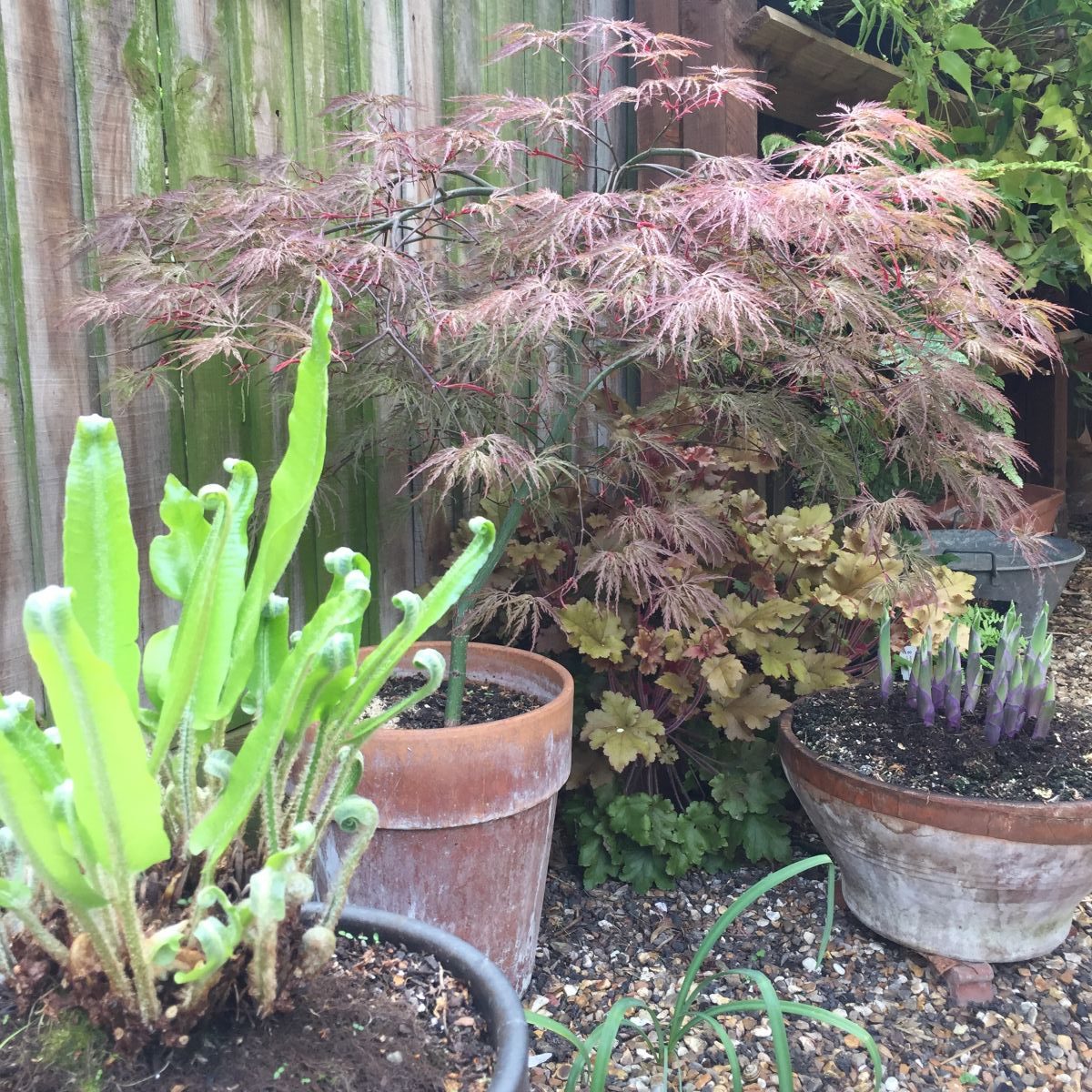 At this time of year in the garden, there are winners and losers. Some plants made it through winter, others didn’t. Most gardeners I know feel the pinch of a loss greatly – usually because we’re all control freaks and hate things not going to plan.

My biggest pain points come when something is going so well and then… well, suddenly it isn’t. This weekend I discovered the Hellebore with blackspot still had it with a vengeance and it had spread to another of my formerly unscathed Hellebores. It’s a lesson in knowing where you’re buying from – in this case a really well known London nursery I’d find it hard to buy from again.

Dahlias. Ah Dahlias. Last year everything went so well with you didn’t it. This year, Dahlias, some of you decided to just not bother. Yes, I have lost quite a few Dahlias this year (hashtag sad face). Most Dahlias I left in the ground. At home, perfectly fine, they’re all now shooting. Down the allotment, I look to have lost half of them.

Lifting them wouldn’t have helped because my stored Dahlias are where I suffered the most losses. An emergency last minute order with Halls of Heddon for a new Hillcrest Royal and Moor Place was the ticket. That said, in the moment of throwing my beloved rotting Hillcrest Royal into the bin bag, I noticed one tiny little root. Dahlias are tough things, so back it came with a handful of compost and a lot of hope.

Echinacea too are proving to be a pain. Echinacea is the one plant I seem to kill more of than I feel comfortable with – although a barrage of tweets from fellow horticulturalists suggest I am far from alone. Echinacea are finicky little badgers. My first one, Fatal Attraction, I adored – it started dying of root rot last spring, so I chucked it.

Not to be deterred I bought three more. One lost and rotted, the other two won and are looking very healthy this spring. Excited by this I’ve ordered a few bare roots for my allotment. They all rotted. I ordered a replacement – they’ve rotted despite no water at all. The lesson? Don’t buy bare root Echinacea, and when you have a plant, make sure it has mega efficient drainage.

Luckily, there are more plants in the winners camp than the losers. 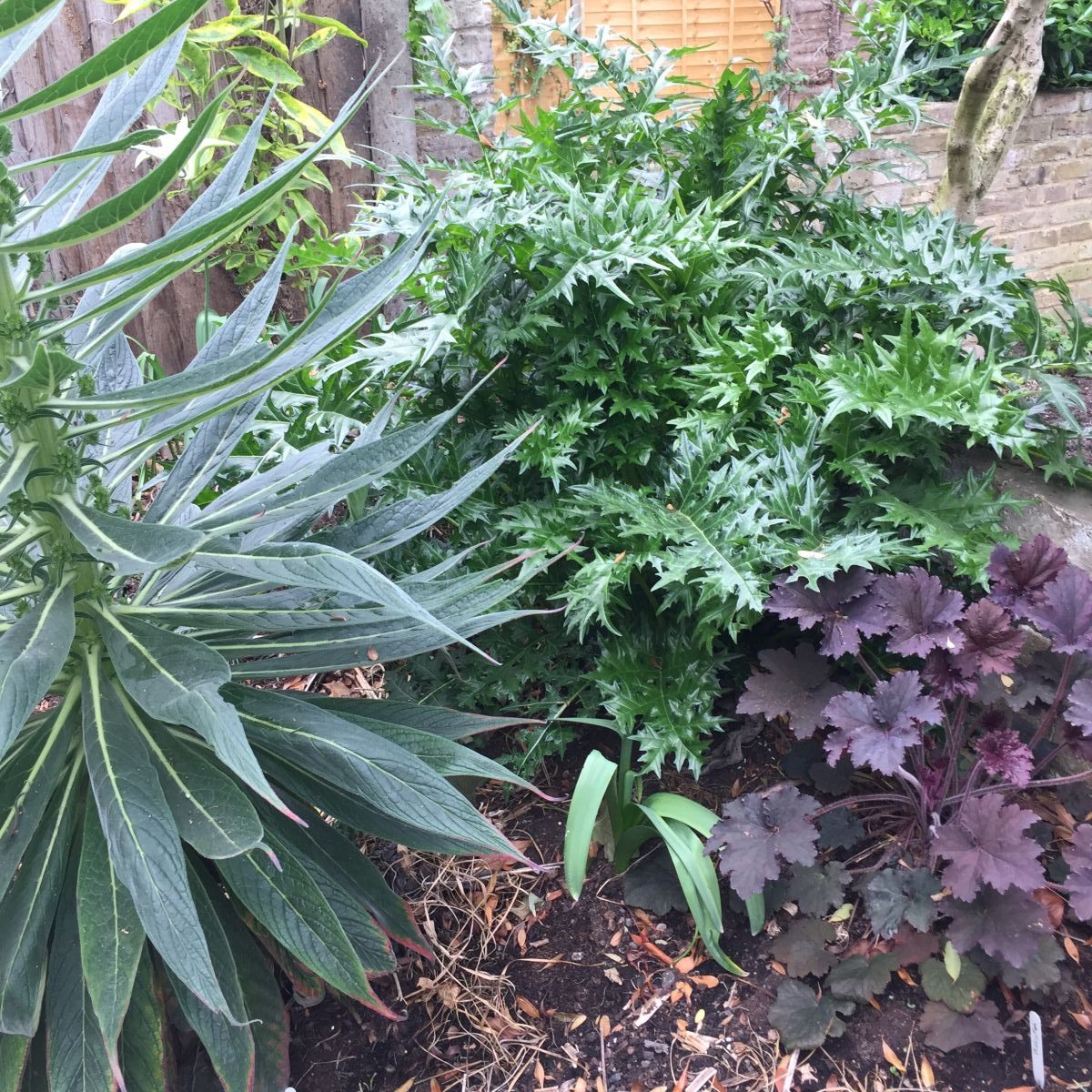 I’m particularly excited about the Acanthus spinosus, now in its third year. It looks incredibly health and has no less than five – count em, five! – flower spikes emerging. I absolutely love this plant, so this is very exciting indeed. [NB: if anyone ever cultivates a version with neon pink petals instead of white, wherever you are – I am there!]

When Rumbles is asleep inside, our little inner city nature reserve is back in full flow. We always seem to have the same birds returning each year like clockwork – a robin, a pair of great tits, a pair of black birds and a pair of wood pigeons. Every year since we’ve been here. I don’t know birds well enough, whether it’s just pot luck, off spring or the same birds. Lovely none-the-less.

Most of the plants in our garden are in pots. Now that we’re into year two since our revamp, some of the bigger problems of a pot garden are coming to light. Firstly, the compost in the big pots (half of which I recycled last year) is well and truly spent. Where to put a few hundred litres of compost in London without a car, when the council won’t take it and you have no space for it, is a challenge I haven’t yet worked out how to overcome.

Many plants have also outgrown their pots, some have to be potted on, others like the below Persicaria, can be divided to be made smaller. It seems brutal but the other half just gets thrown away. 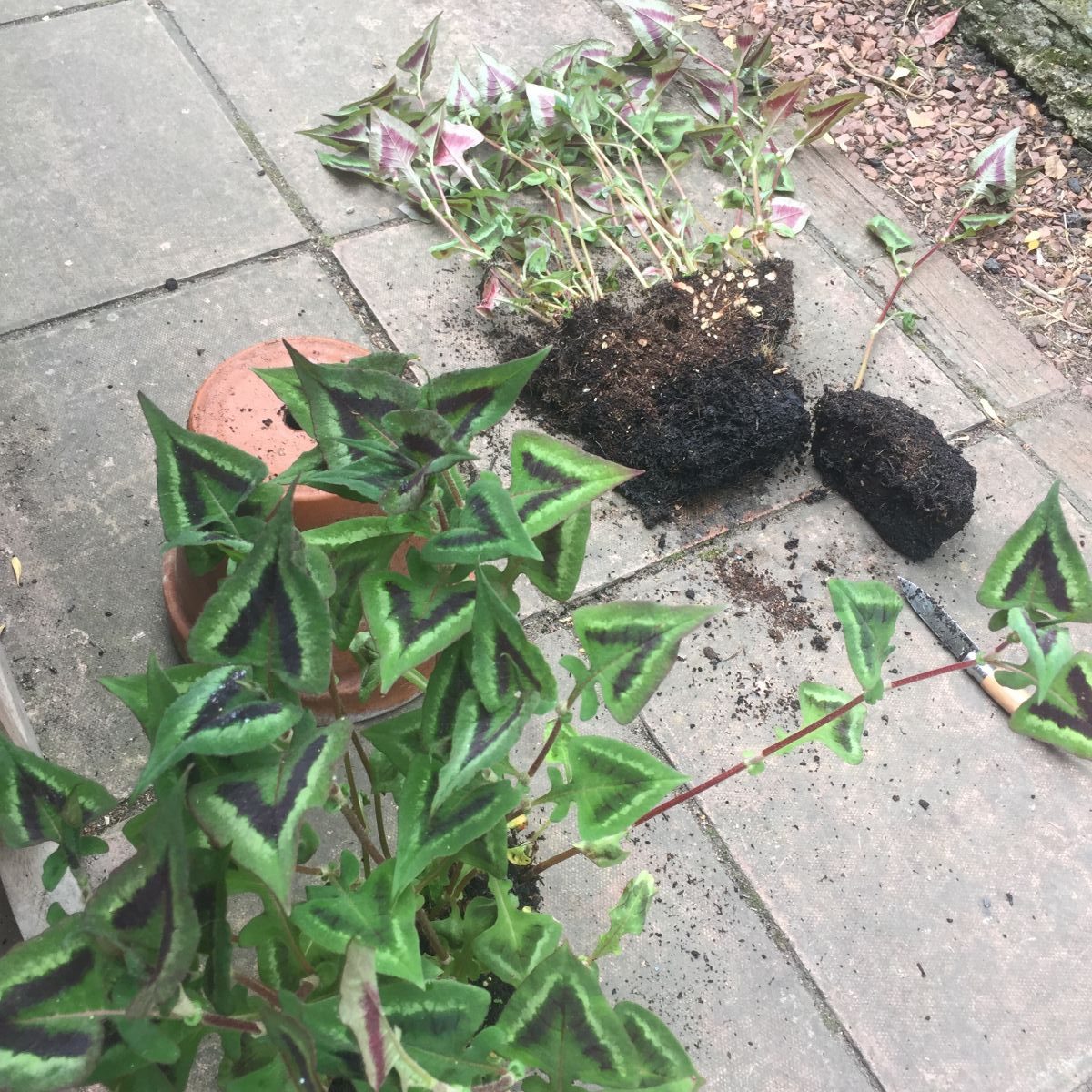 I’ve just this moment finished performing an emergency repotting of one of my cacti as the roots were rife with that common yellow mould cacti are prone to getting. As a child my dad showed me how to remove all the compost and cover with yellow sulphur to save it – which I’ve just done. With a bit of luck and a couple of weeks of no water, hopefully that will be saved from becoming a loser.

Back in the winners’ corner, our Buddleia is growing stronger than ever and the Echiums are looking to flower. Our four year old hostas, in the same pots, are shooting. This short lived moment of purple and green is as good as any flower and a reminder of the speed and perfect freshness seen only in early spring. 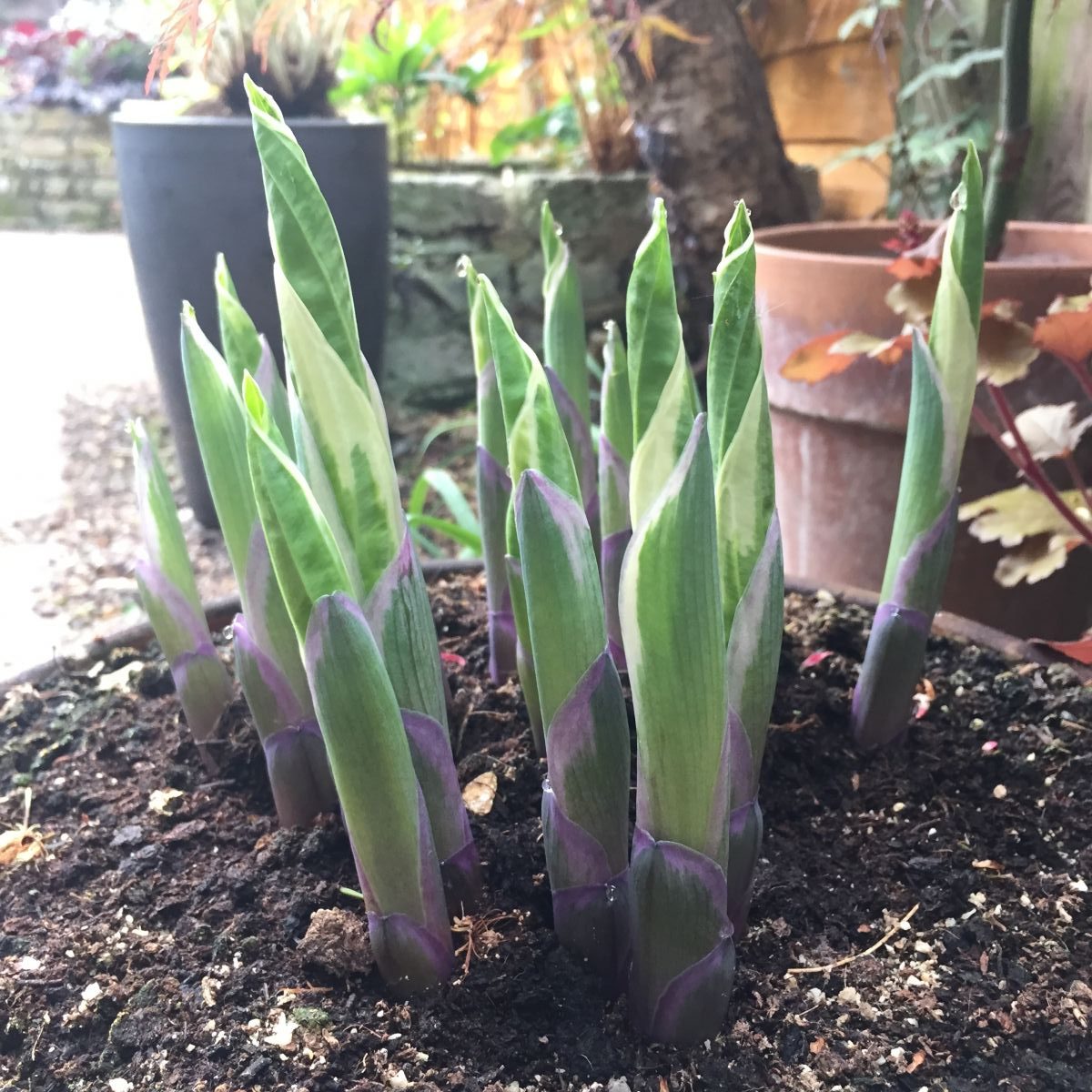 8 thoughts on “Pot’s Growing On: winners and losers”