I don’t remember when I first started following Philippa Burrough on Twitter. Philippa is the owner, gardener and plant magician of Ulting Wick, a beautiful garden only open in support of the charity, National Garden Scheme. I suspect our first tweets will almost certainly have been due to our mutual love of Ricinus and Aeoniums, Philippa often giving me tips on their propagation. And it’s propagation, after lots of thought, that I feel is the secret to Ulting Wick’s wonder.

Ulting Wick was the last of my exotic garden visits for 2018, catching it right at the end of summer. I hadn’t appreciated quite how large a garden it is, with 11 acres lovingly transformed over the last twenty years (making it the biggest NGS garden I’ve visited). Divided into various small areas including the White Garden, Pink Garden and Kitchen Garden, plus much larger meadows and nutteries.

It’s the Old Farmyard that has really stayed with me. This small space is intense, filled with stunning tropicals towering over head height – which I know were only planted out that summer. Intimate and impossibly beautiful, like stepping into a human scale jewellery box. Demonstrating what can be achieved in any small space.

As I walked around I realised Ulting Wick is not just a beautiful garden, it is one of the UK’s rarest of gems. Clever and subtle combinations of colour and shape are among the most exciting I’ve seen. I felt at Ulting Wick as though I’d walked into an important idea, Philippa’s experienced gardening mind presenting plants in a way that is important and new.

Colours are bold, yet always softened by careful toning from plant characteristics easy to miss initially. The sheen of a leaf, the shade of a stem, that change in colour made possible only through a ray of light or a shadow.

I had the opportunity to explore Ulting Wick alone, enjoying its nooks and crannies. I loved an owl sculpture perched in a hedge, and a new modern sculpture like a moving wave captured in stone. Brick and tile paths making a simple contrast to the planting.

It goes without saying the borders of Ulting Wick are exceptional, filled with colour. A lot is tropical, tender or annual which Philippa has grown herself from seed or cutting, propagating greater numbers to fill the entire garden. It’s a real feat of horticultural skill, recently helped with the extra pair of hands from head gardener Lou Nicholls.

Philippa has been propagating plants for many years and knows them from seedling to flower, combining plants at different points in their growth cycle. Everything is grown in two modest green houses (one above) which I feel is an important lesson. With some canny planning and somewhere to grow stuff from seed, from a small propagation space it is possible to fill acres of garden quickly in one season. 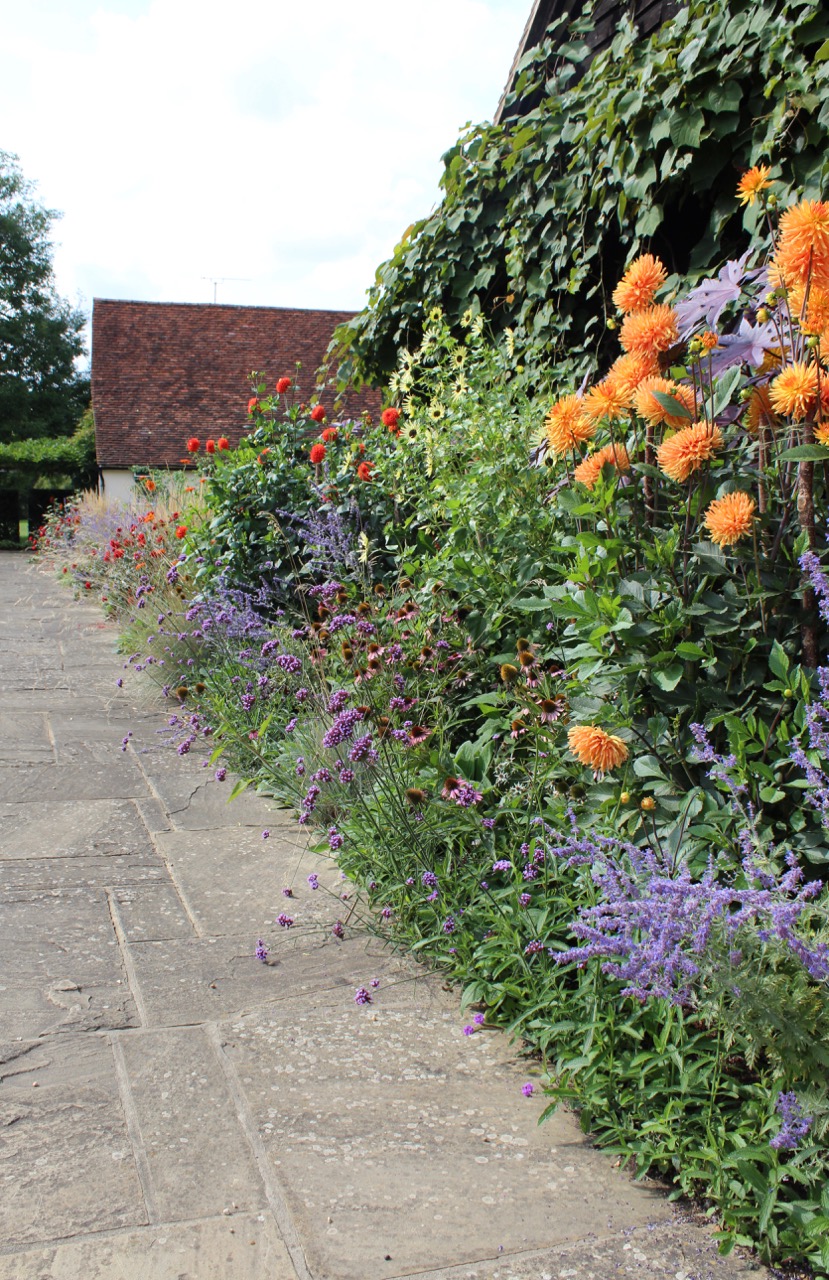 Beyond the borders, I found Ulting Wick’s kitchen garden really interesting. I loved the fact it was in the middle of various ornamental flower areas and treated with as much visual prowess.

While we were walking around Ulting Wick, Philippa mentioned certain areas, including the front door pots, drew inspiration from Great Dixter. I can see the influence, however I can also say that Ulting Wick is something quite different. Connecting them is a gardener in the purest sense, someone who knows plants; how to propagate, how to grow them perfectly and how to design with them instinctively. But as no person is the same, the resulting garden is as individual as the person who created it. 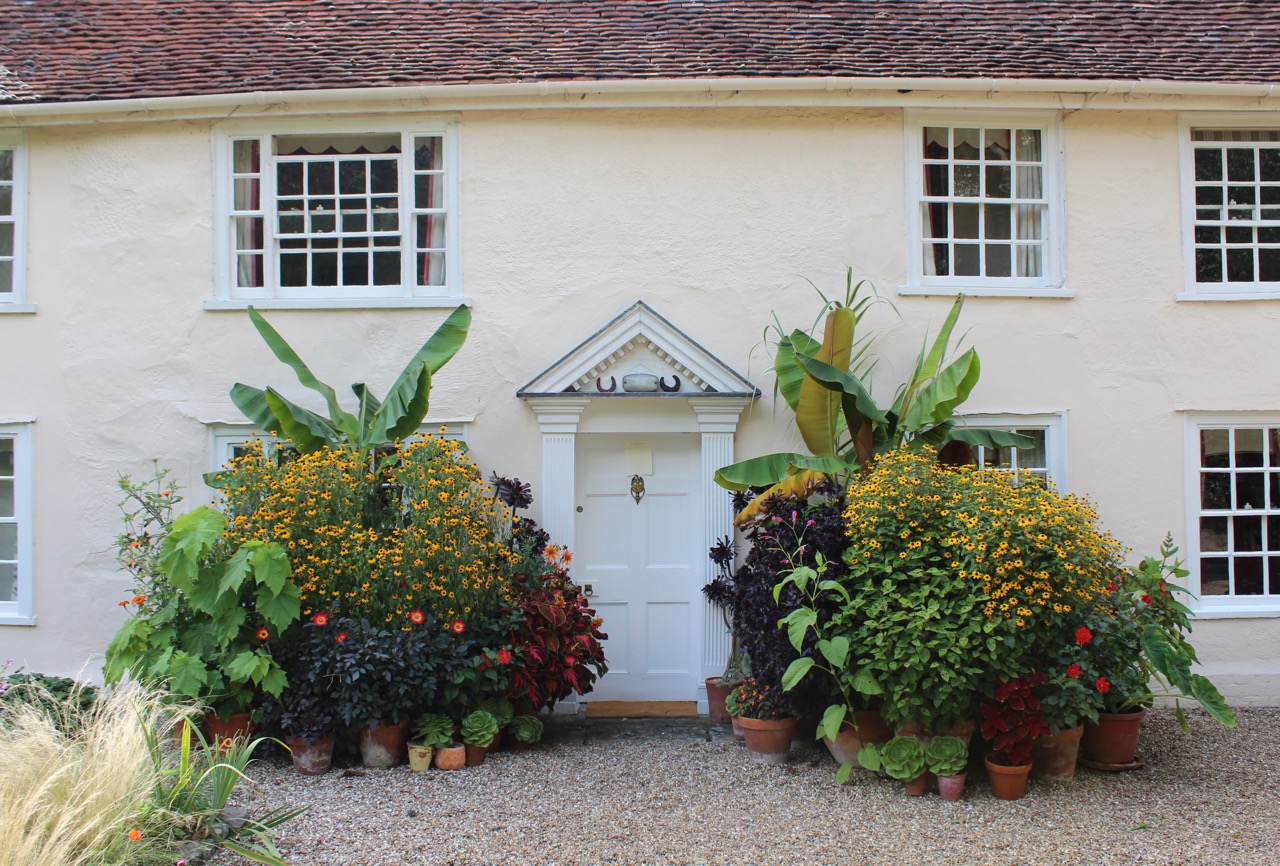 Ulting Wick is open on specific dates throughout the year for the National Garden Scheme in 2019. Keep an eye on its page for new dates and do visit for tulips in spring and then exotics in summer.