People tell you that magic isn’t real, that Utopia is impossible. They’re talking bollocks. I know because I’ve seen it. Little glimpses of wonder, scientifically explainable yes but magical in feel. From glowworms, to jungle-like wild clematis vines swinging from trees, and wild flowers beyond imagination. All here in the UK with hundreds of thousands more to be found in every other country around the world. It’s all possible, we just need to stop people destroying it. 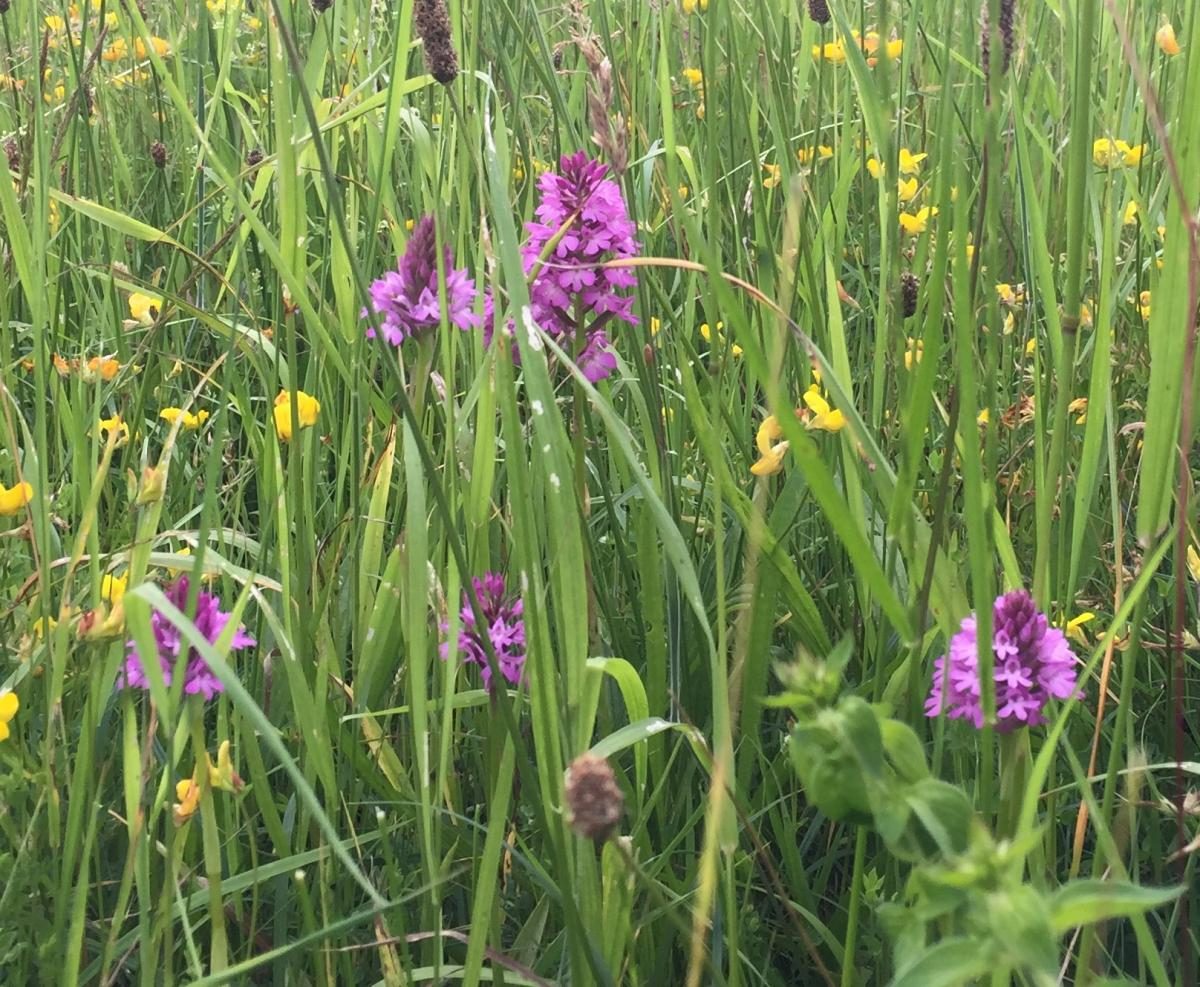 Orchids aren’t the only amazing wild flowers in the UK (more on those in a future article) but they are among our most exotic. Yes, exotic! Here in the grey cloud shrouded, cold British Isles. Seeing one of our native orchids is, to me, like setting eyes upon a little alien being fallen from another planet. 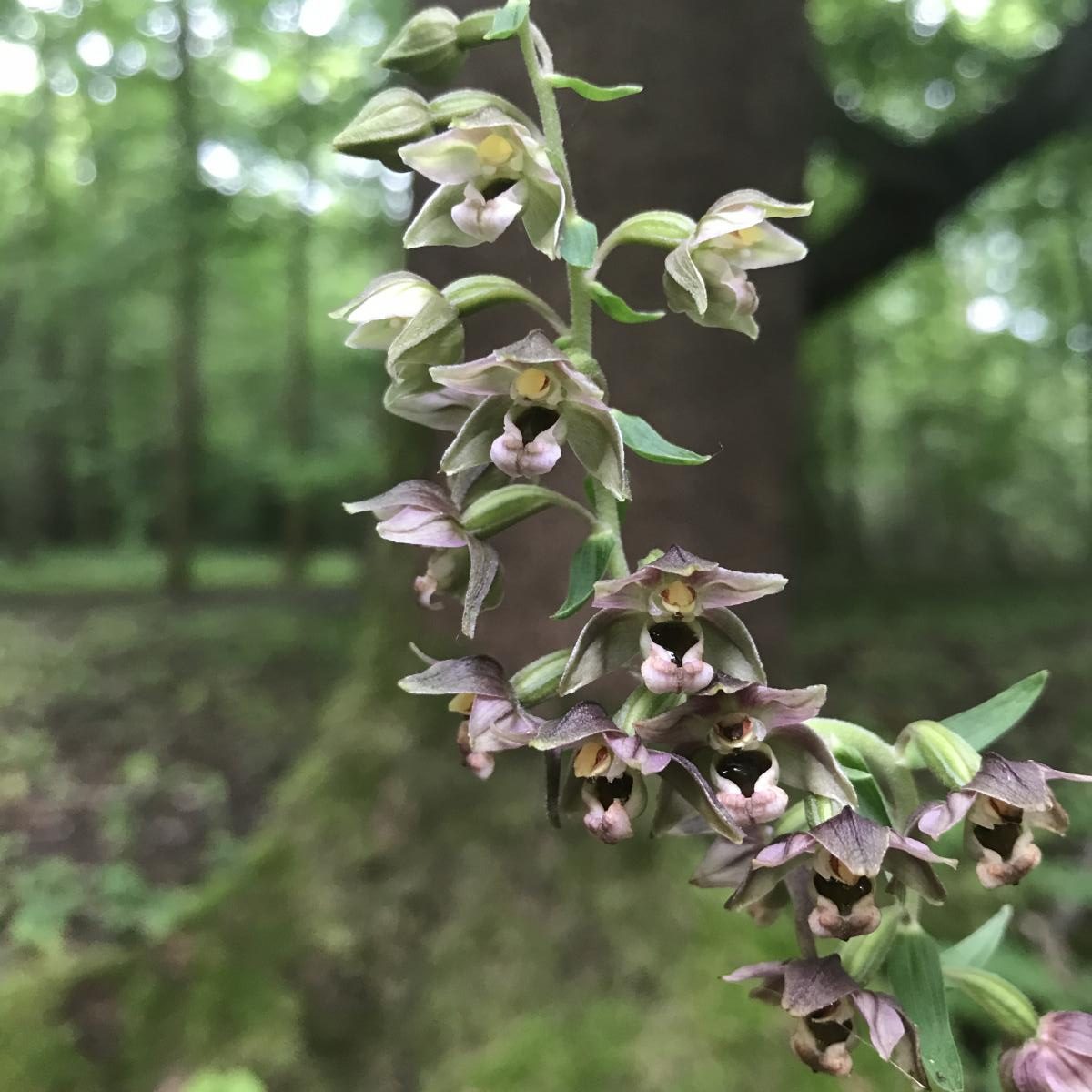 The trouble is finding these alien wonder beings; the first rule of Orchid Club: you do not talk about Orchid Club. As a newbie orchid looker this can be frustrating as it can be near impossible to find the little scamps. I’ve had some very kind people guide me. There’s good reason for keeping shtum, many native orchids are critically rare, humans having already caused untold damage by destroying most habitats in which they grow (ancient woodland and ancient meadows). To restore some of these habitats however, people do need to understand what’s at risk.

Ophrys apifera, the bee orchid is one of the UK’s most common. Self pollinating, it’s fairly successful (at you know… living) because it will grow by itself in disturbed, nutrient poor soils. It even ventures into major cities and towns on roadside verges. I’ve seen it in fields and in someone’s garden.

The above bee orchid is one of the first I happened upon by complete accident just a week after I’d learnt what to look for. As a general rule, I’ve found that the rarer the orchid, the more ‘meh’ it can be to people visually (with exception), so as a starter, you can’t go wrong with bee orchids. It’s still my favourite because it looks like a happy Pokemon (I’m sure I hear them say “Pikachu!” when I see them).

Another orchid that looks like a Pokemon, albeit a more stately classier one than Pikachu is Platanthera clorantha, the Greater Butterfly Orchid. Flowers like ethereal alien-angels. Looking at it, face-to-flower is a sacred thing, a vision of a better time that could have been and will be in the future.

Platanthera clorantha was shown to me a few years ago and it’s this plant that kickstarted my interest in all orchids around the world. A rare orchid, found in only a small number of locations, often on woodland edges, it is precious. When you find it treasure it and tread carefully.

Many of Europe’s wild orchids are rare and hard to find for the reason they require very, very precise growing conditions. Often found only in ancient meadows or woodland depending on the species. The conditions are near impossible to recreate because they rely on the age of naturally occurring communities consisting of trees and fungi in the soil to create a network capable of supporting them. It starts to sound like sci-fi straight from the film Avatar, but we now know that plants and fungi are often connected to one another to communicate and co-depend by sharing nutrients and chemicals through this network.

Mistletoe is a classic example of a parasitic plant that grows in branches feeding off of that tree. Many orchids in the genus Epipactis fuse with soil based fungi that in turn connect to tree roots. Epipactis helleborine shown above, the broad-leaved helleborine, is an orchid that partly survives off of this connection. Other species like Neottia nidus-avis, the Bird’s-nest Orchid, are completely dependent lacking chlorophyll to produce food.

One of my favourite native orchids for its pyramidal point of strong purple buds as it starts to open is Anacamptis pyramidalis (above). The colour is among our most vibrant wild flowers. Fairly common, this orchid is often found creating good colonies in open grassy meadows.

Rarer and less showy is Ophrys insectifera, the fly orchid. As you can tell by its botanical name it is closely related to Ophrys apifera, the bee orchid. Both, along with other closely related orchids, evolved to trick insects to copulate with them thus helping pollination to happen (the bee orchid has since evolved to pollinate itself). Food or sex, I guess insects are getting a good deal from most flowers.

O. insectifera’s flowers really don’t look as standout as we’re traditionally programmed to like – they’re actually almost impossible to spot in real life. Take a closer look however and the structure of the flower is remarkable. Like other orchids in this genus, the lower lip of the flower is large while the two top petals have evolved to look like narrow antennae.

One of the most commonly seen orchids and no less special because of it is Dactylorhiza fuchsii, the Common Spotted Orchid. Ranging from white with pink spots to shades of pink, I first saw these growing along footpaths all around Southern England. Little spikes among grassy areas, often accompanied by stunning views beyond.

On close examination of this and all other orchids on this page, you will see that each flower has the same structure as the orchids bought as houseplants in shops, only much smaller and each with unique shapes. All orchids have this same structure and it’s here that you see the most variation due to the Orchidaceae family’s amazing ability to evolve to attract the world’s many different insects.

Given that we are usually drawn to large and unusual tropical leaves and flowers in gardens, it’s this tiny little plant on our home turf that is one of my favourites in the plant kingdom. Flowering at the crack of autumn, Spiranthes spiralis has one of the most beautiful flower spikes I’ve laid eyes on (I wrote this poem about it in an attempt to describe it).

Spiralling both clockwise and anticlockwise, the spike itself has downy hairs giving it a silver appearance that glows among grass. Each little flower is a fully formed orchid flower complete with lip and markings, though these are too small to properly see by eye. It also has an unusual and memorable fragrance.

There are many more orchids on our shores, some with flowers you’d walk past without noticing but on closer inspection unlike anything ever seen before. Perhaps if these exotic plants had more habitat to grow in and were more widely seen in the UK our own gardens and plant tastes would be different – most people I speak to are surprised to know plants like orchids can grow here, almost to the point of disbelief.

Of course, orchids aren’t the only special wildflowers and plants native to the UK, there are many others, some even rarer. Go looking only for orchids and you’ll miss these other wonders. I’m still amazed myself that a number of carnivorous plants grow here. The allure of the orchid however is undeniable, with a look so exotic it is remarkable they can grow on our rain swept, cold shores.

All the more reasons then to support conservation work locally and abroad to not only protect land they grow on, but to start expanding it by restoring ruined ground to its wild state again for plants, insects and animals to continue to grow and evolve. With our helping hands, we can restore Utopia for our own good as well as for wildlife.

If you’d like to help, there are a number of conservation charities I recommend and you’ll find smaller local groups near to you that will need your help. Let’s go!