One day there will come a moment when I’ll have seen all of the species of native wild orchids. I’m not sure how I’ll feel about losing that lack of wonder seeing a new species for the first time. Over the last few years since my good friend Peter Langley unlocked the door to orchid obsession I’ve visited eleven different species, each so precious. 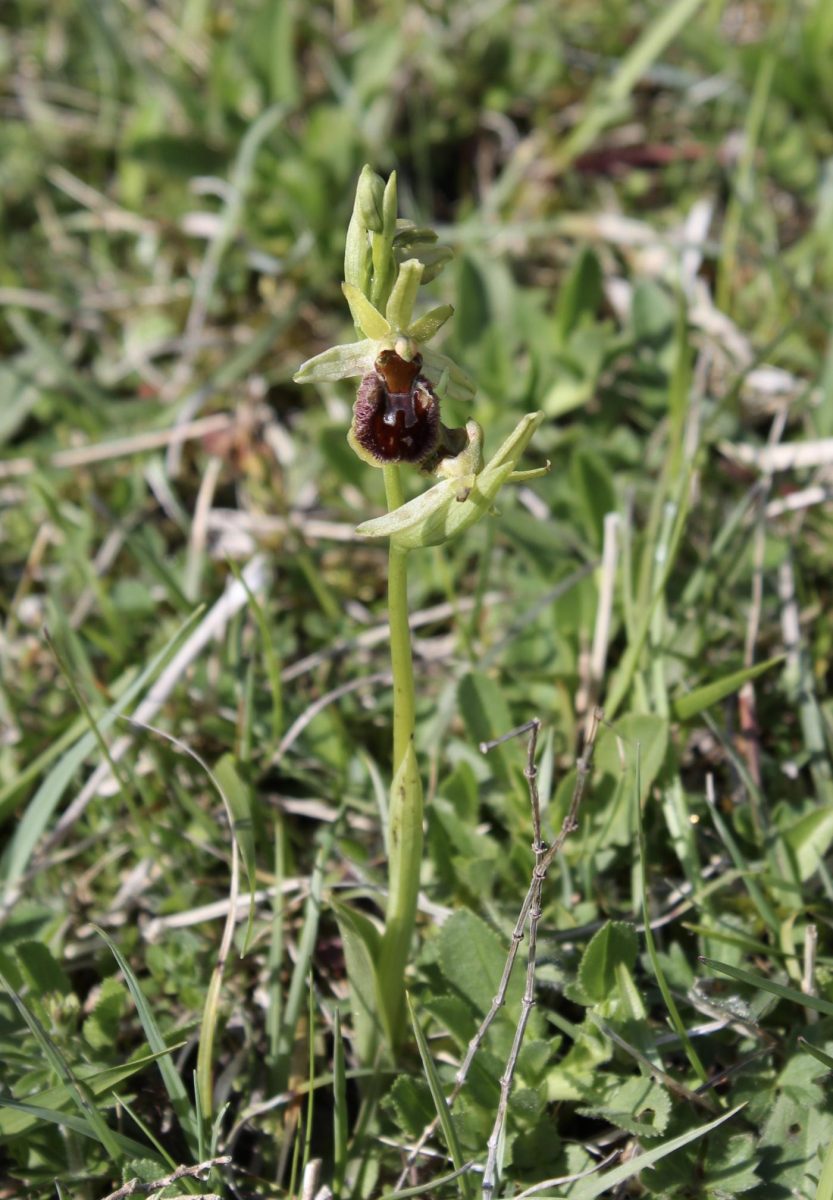 For now, there are more to see and this week, on a glorious sunny walk, Peter took me to see two species new to me for the first time. Up first, Ophrys sphegodes, the Early Spider Orchid. Seeing it for the first time is – like all orchids – slightly unreal and fantasmical. Orchids don’t look real. 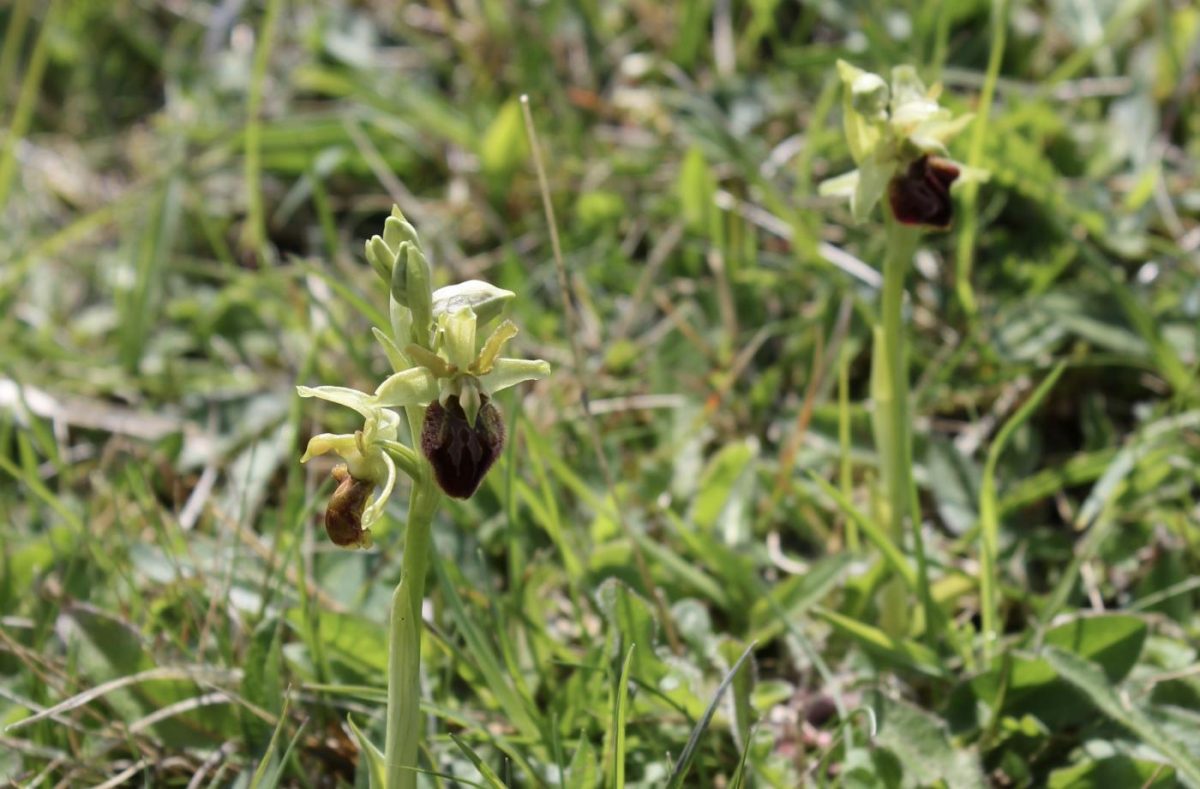 I can’t reconcile in my head why this is compared to other flowers but it includes a combination of the fact they’re generally quite solid and heavily patterned flowers, rare and different to what we’re trained to think a flower looks like. O. sphegodes is as far from a colourful rose or daisy as you can get, that doesn’t make it any less beautiful. Probably more than all of that however is that they remind me we aren’t the only important living being on this planet, our purpose seems obvious to me: to respect and protect life. 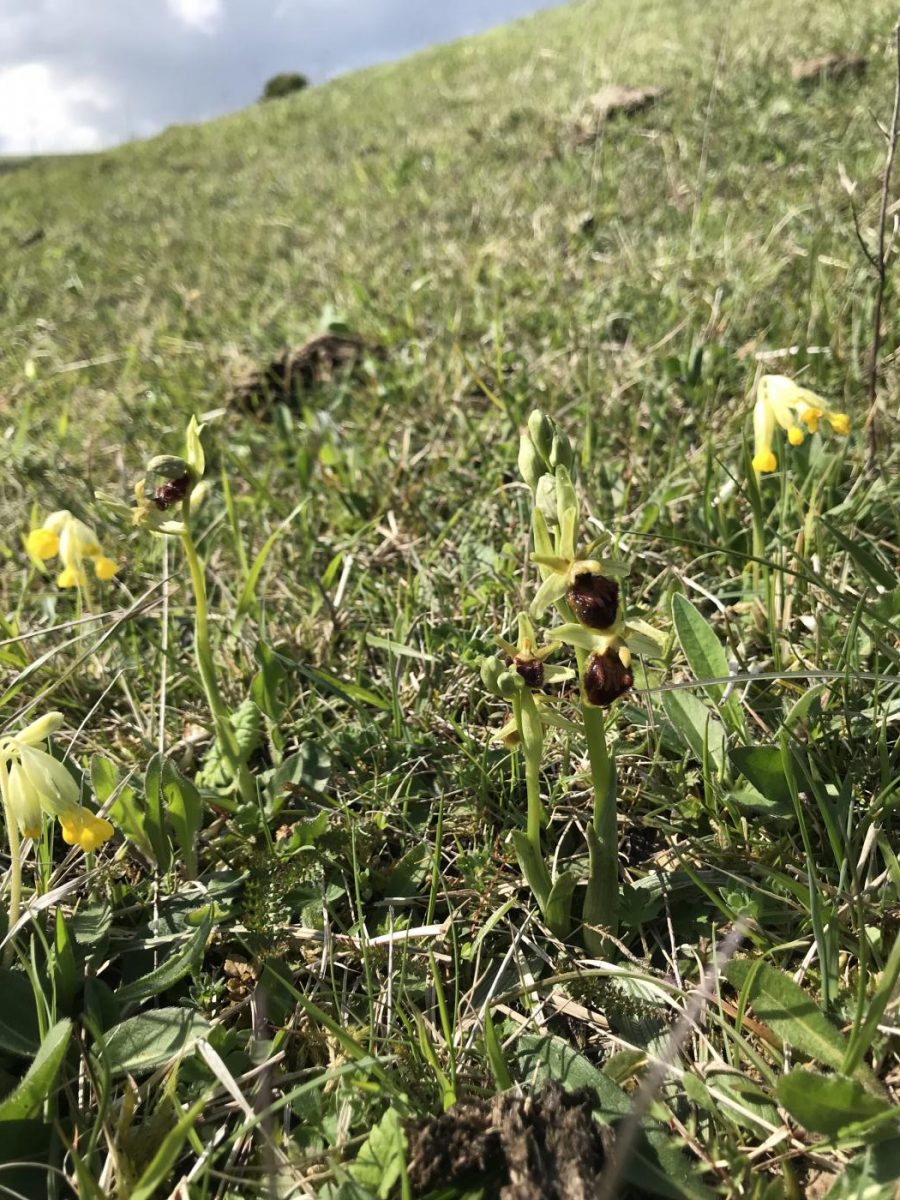 It’s hard to see in photos that O. sphegodes is teeny and also fairly colourful, albeit certainly muted. A little button of brown-red so dark, in most lights it looks black. In fact, to me orchid flowers always look like living beings, a thing of imagination not reality. O. sphegodes a fluffy minute teddy bear. 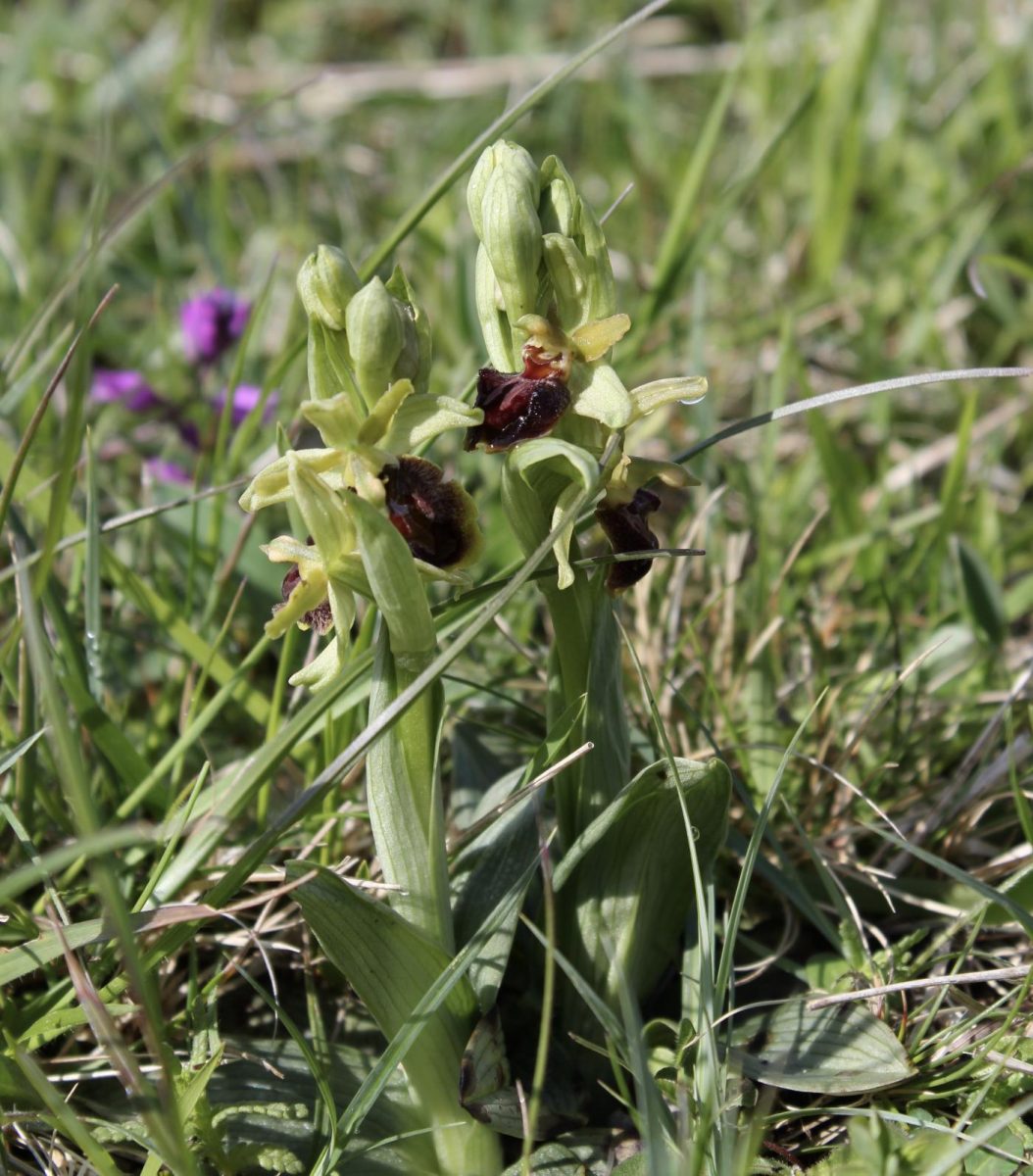 At only 10cm on average, O. sphegodes is very small and hard to see among grass. It’s pollinated by solitary bees first lured in by its pheromones, a near exact chemical match to that of a female of the species. As the male bee nears the flower, it spots it thinking it’s a female and lands to copulate with it, the fluffiness of the flower further tricking it into thinking this is the real deal. 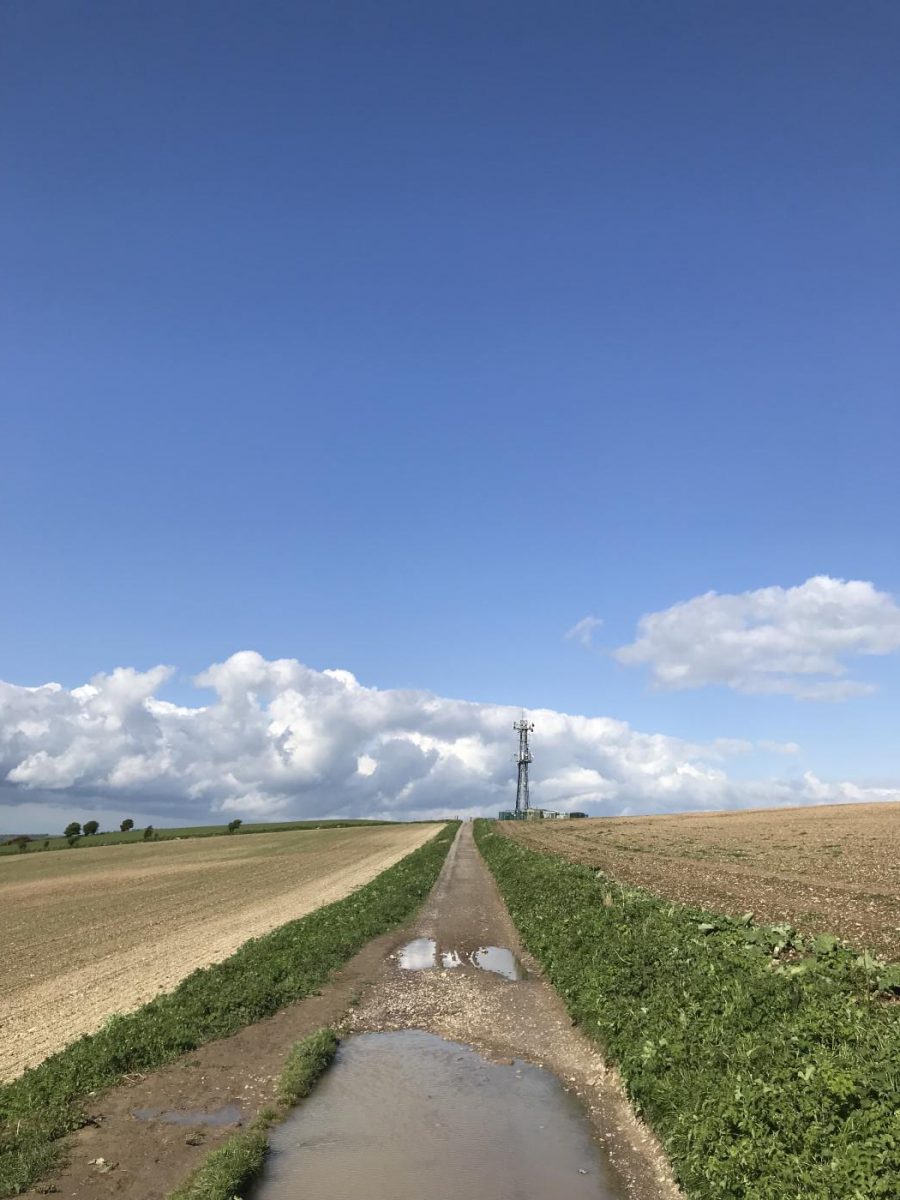 When you’re wild flower hunting, you often end up in seemingly desolate places to me both unsettling and peaceful. A moment in a post-apocalyptic movie, signs of humanity without the humans.

Next on our tour, Peter took me to a really quite beautiful spot where we were greeted by any wild flower lover’s favourite sight, a healthy population hundreds if not thousands strong… 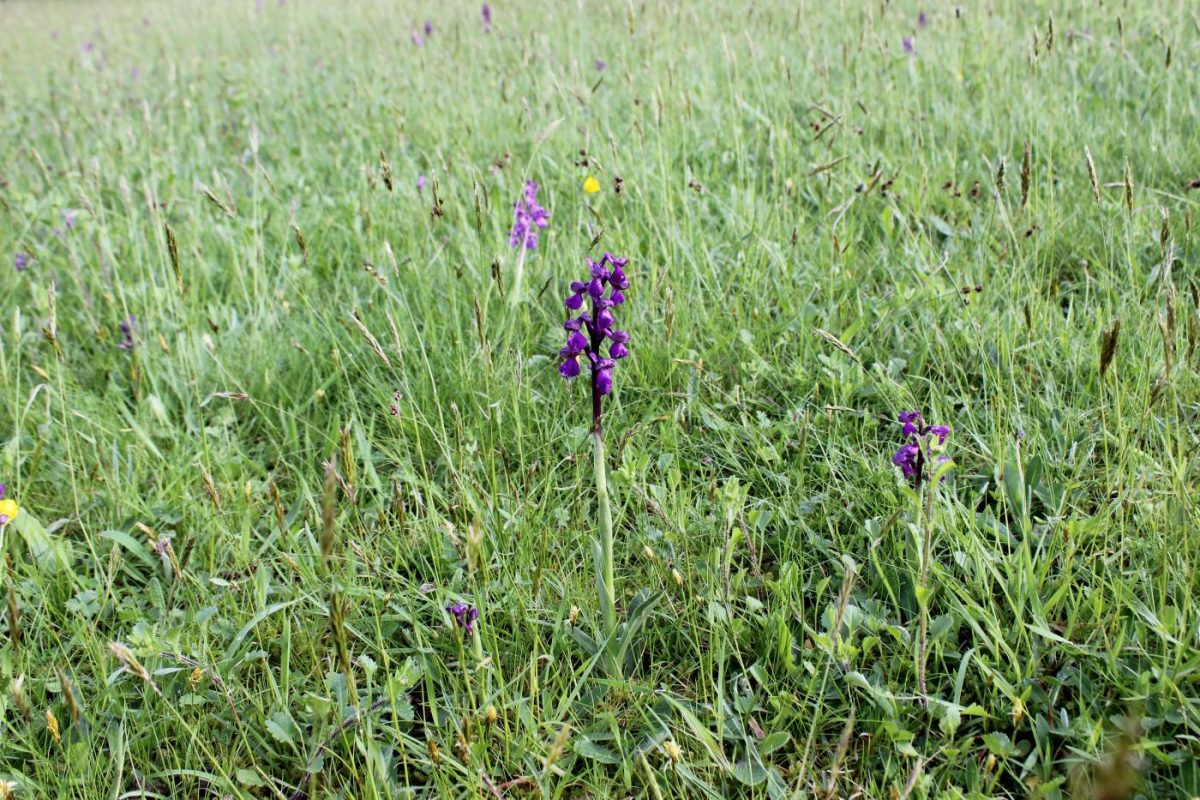 Green-winged orchid, Anacamptis morio,  I found particularly captivating. On the face, its strong purple highly attractive in itself. Closer inspection reveals a fairly unique colouring and sheen that doesn’t come across in my photos. 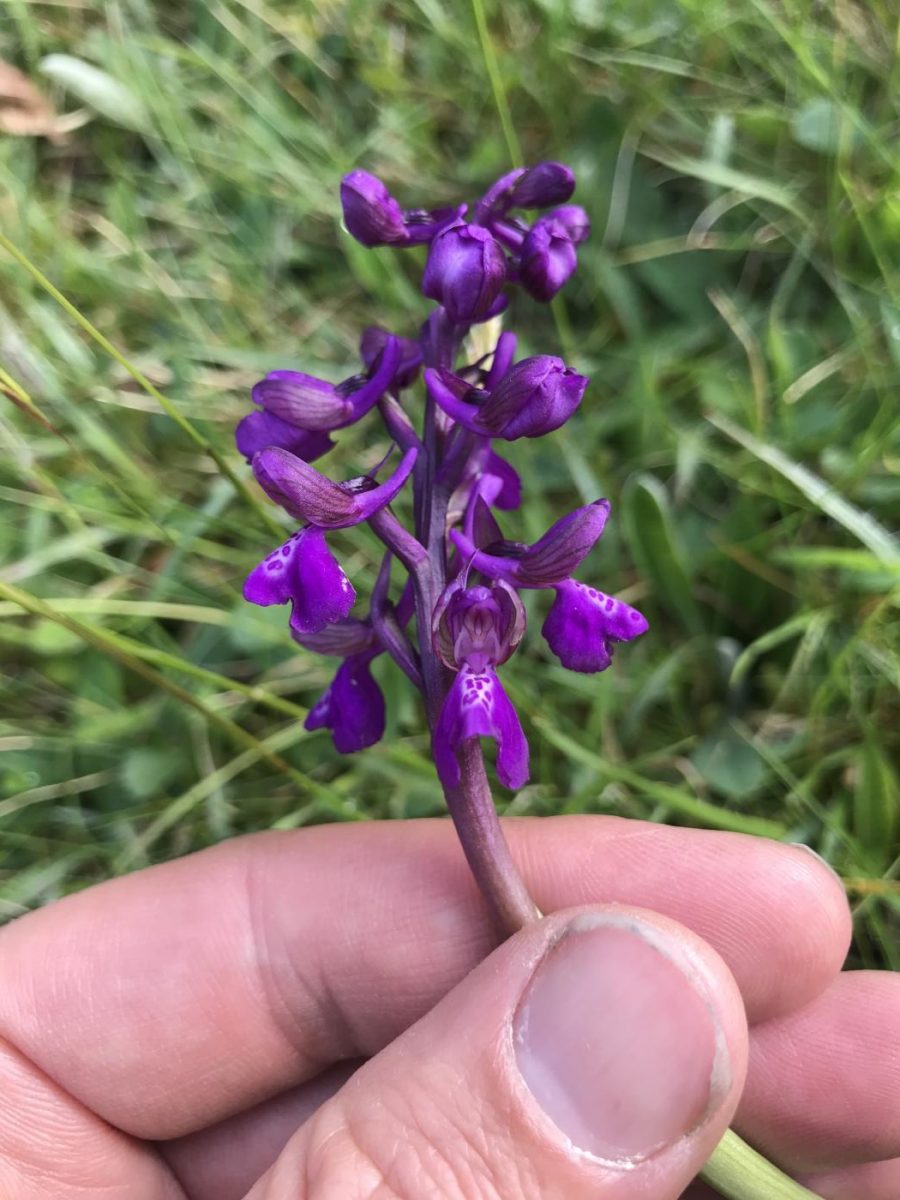 The nickname Green-winged orchid comes from the fact its sepals and petal hood have green stripes on the inside – the sepals open like wings (see below photo for clearest example). So many native orchid flowers look like little beings with wings. 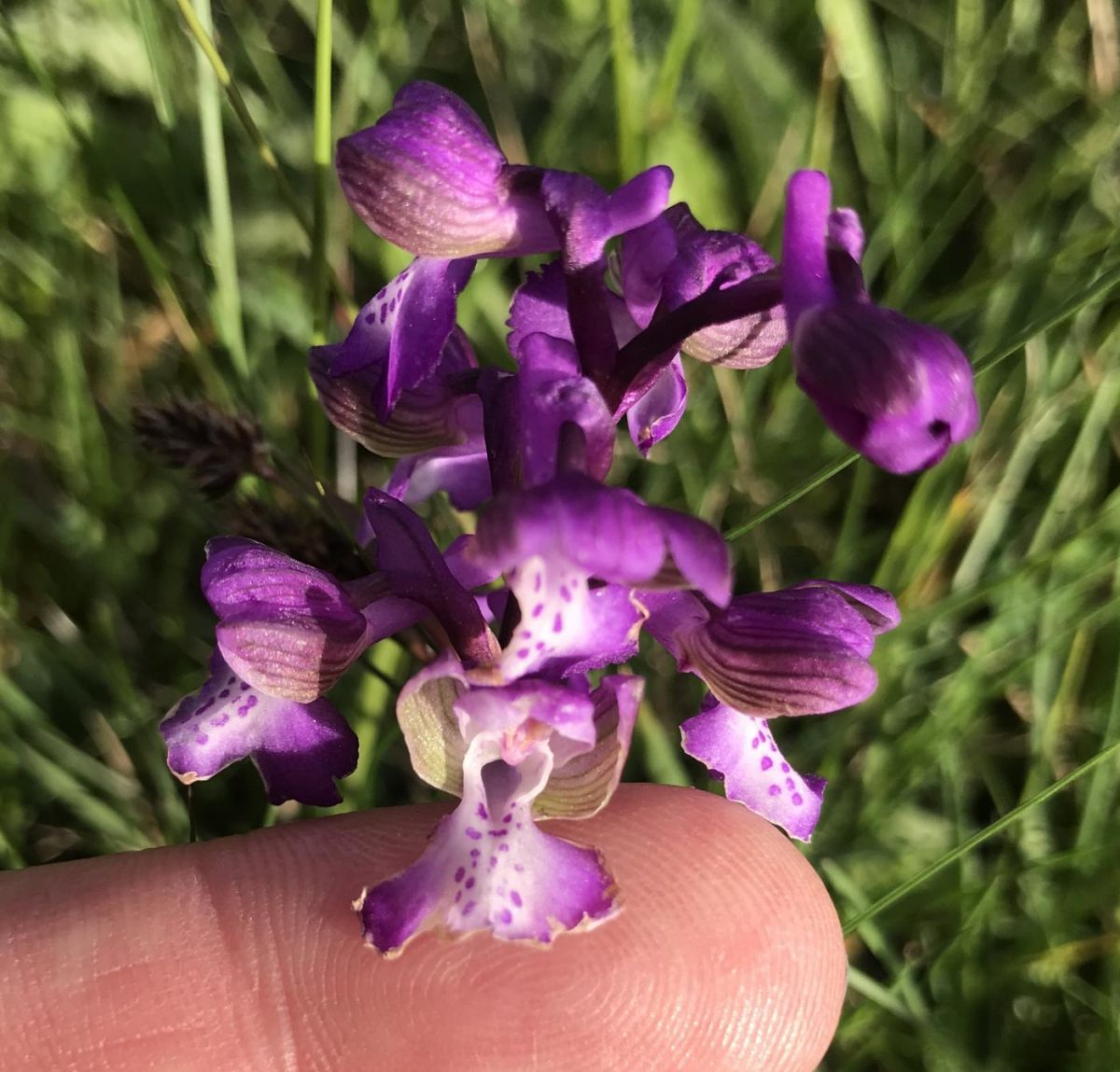 A. morio is pollinated by bees but like many orchids, it’s a trick because the flower has no nectar. The bee lured in by the colour, markings and scent. 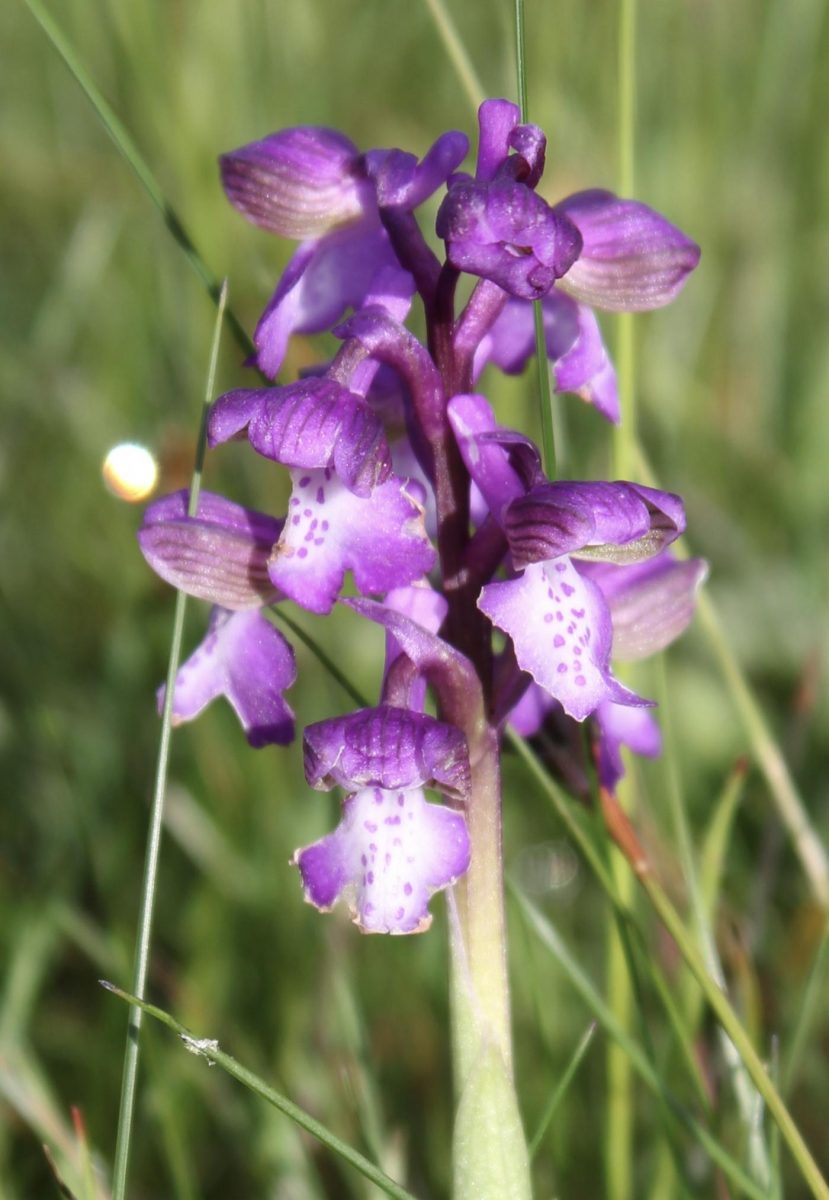 Markings on the flowers are a striking feature and quite variable. Some with stronger dots on the lower lip. Among the deep purple I was excited to see the occasional lighter pink variants too. 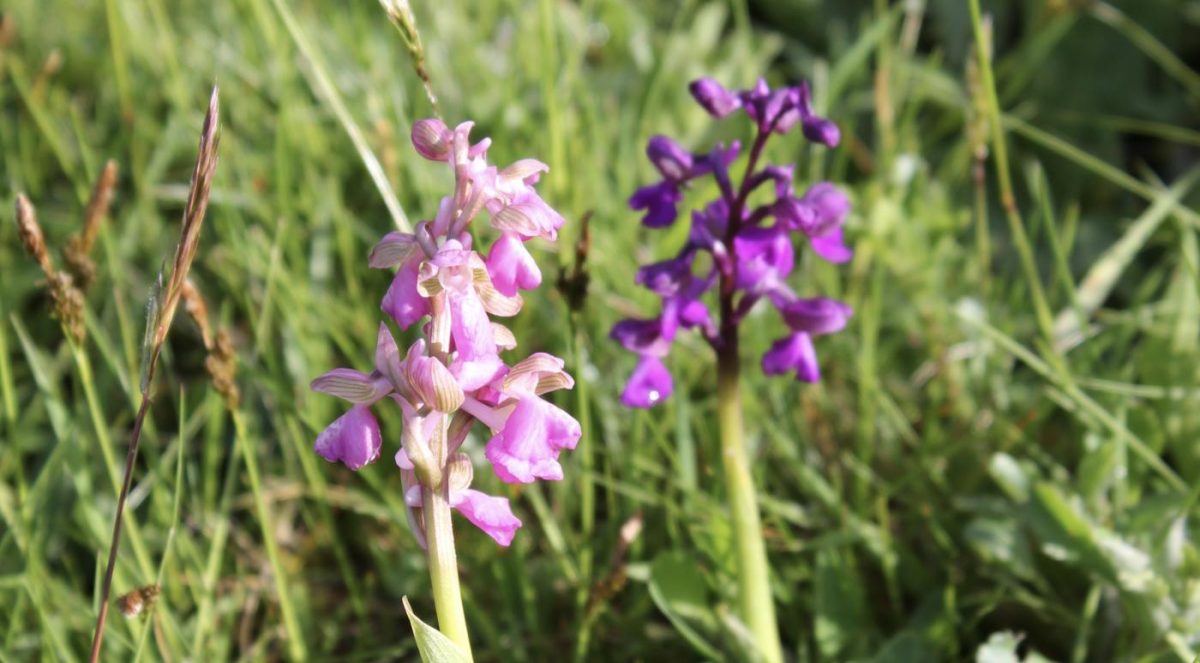 I use the word otherworldly a lot when talking about flowers, especially with some of our rarer native wild flowers like orchids. It helps with the likes of A. morio that the flowers look like little purple angels floating in choir over the grass. 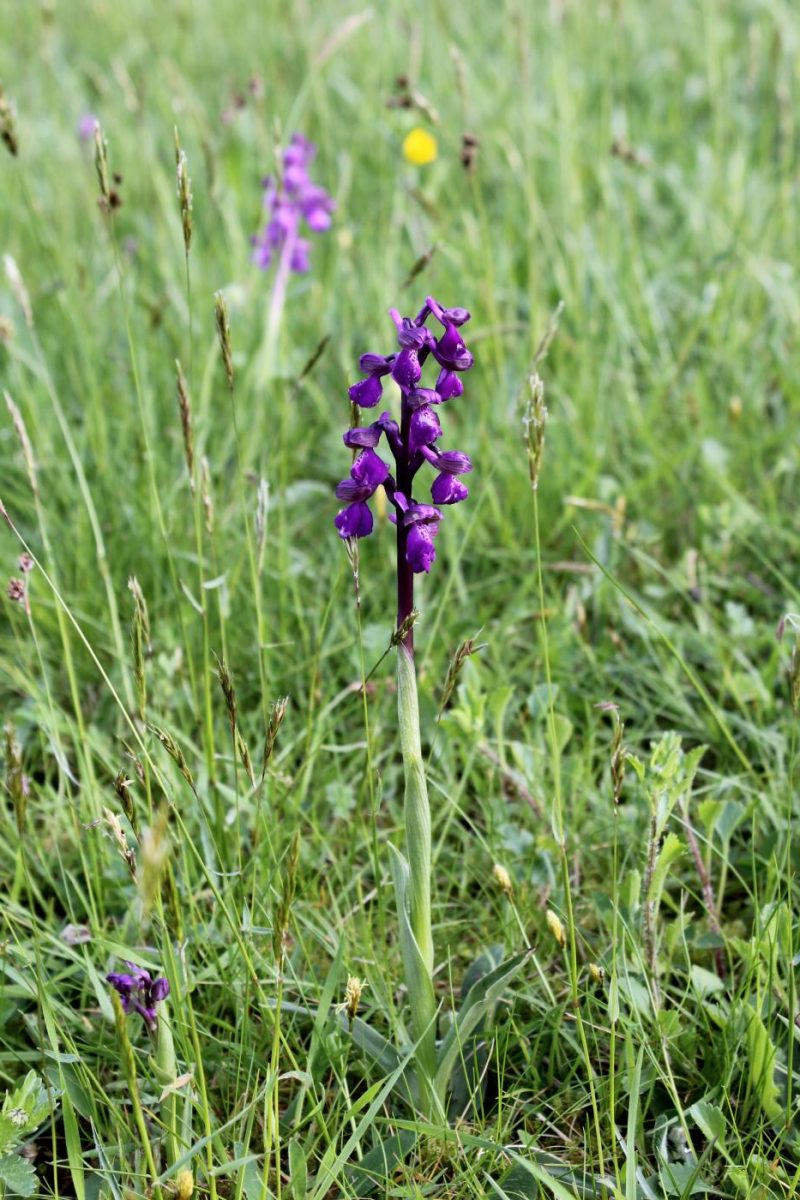 Every time I see our little orchids growing in their rare patches my head is filled with questions I’ll never know the answers to.

What was it like in the past when they were more common? Did people care as much? Why don’t more people care about protecting our planet’s wonders when it could be such a paradise for every one of its inhabitants so easily? Were orchids as abundant before humans deforested the UK? Where did they first evolve and how did they spread? What can I do with the rest of my small life to help protect them?

I know the answer to the last question at least and it drives everything I now do. We must do everything we can to reverse the damage we’ve done to our planet and I’m part of the movement to make that happen.