In 2015 we took part in Big Dreams, Small Spaces. Find out how it all happened below…

First, a few paragraphs to set the scene. Back in January 2015 in Clapham Old Town, London it was cold and dark and I was desperate to get growing.

I’d started studying the RHS Level 2 Certificate in Horticulture and it was filling my head with wonderful little nuggets of knowledge that I was desperate to put some  into practice. I was also desperate to make up for lost time.

Since rediscovering gardening, I had felt a kick of regret at wasting the last 15 years by not growing more.

My mission at this point: grow everything. Everything! To catch up with other gardeners with the basics. 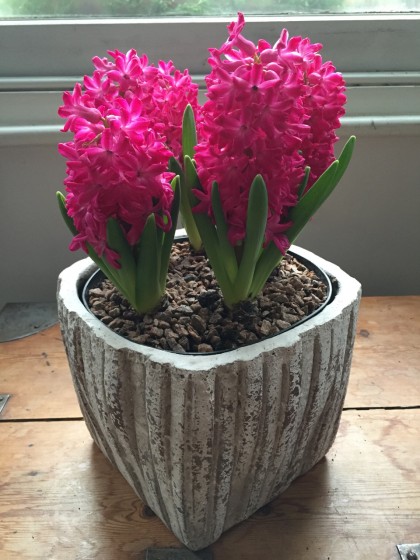 I grew Hyacinths even though I didn’t like them. But what can I say, I was converted. Stunning with a fantastic fragrance.

I’d also started growing Hippeastrum cybister ‘Sumatra’. Hippeastrum were at that point a plant I had never heard of but I carefully chose a cultivar. It didn’t disappoint, flowering magnificently three times. Quite simply, one of the most stunning flowers I have ever set eyes on. Cream blended with a delicious pomegranate red. 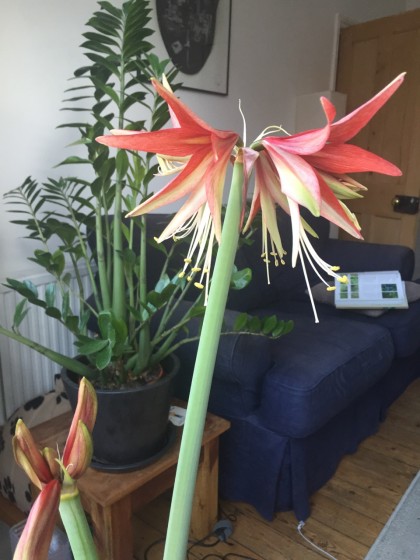 Spot the studying in the back ground.

Rumbles and I like hanging out in the living room 😉 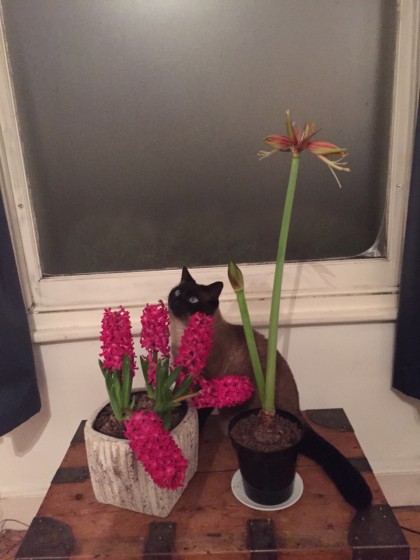 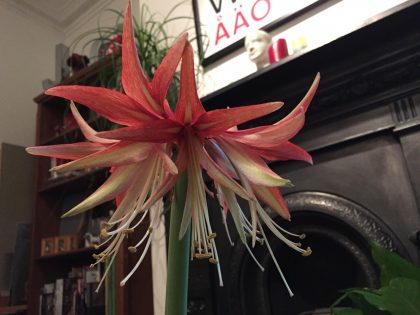 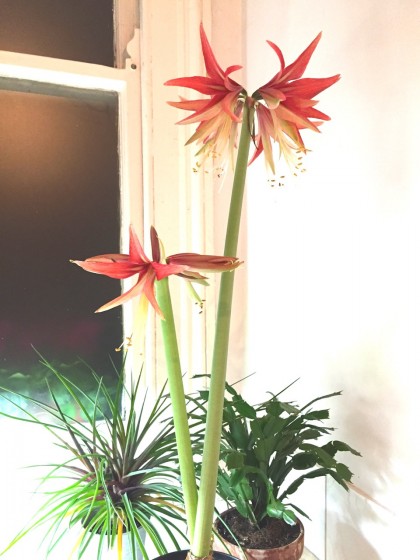 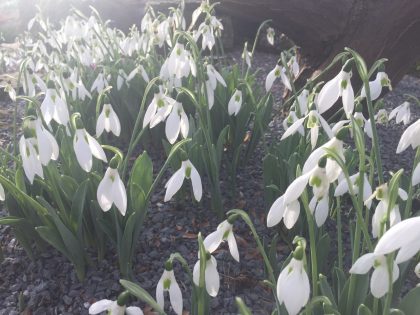 Out front, I went for an easy window box scheme of pre-grown Primula vulgaris and some Narcissus ‘Tete a Tete’. Cheap, cheerful, plonked in and I liked it 🙂 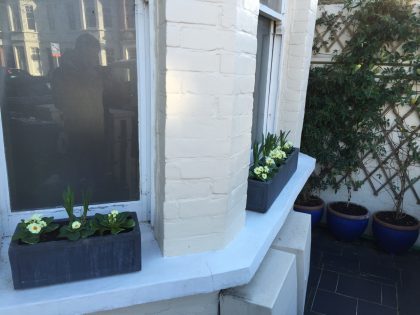 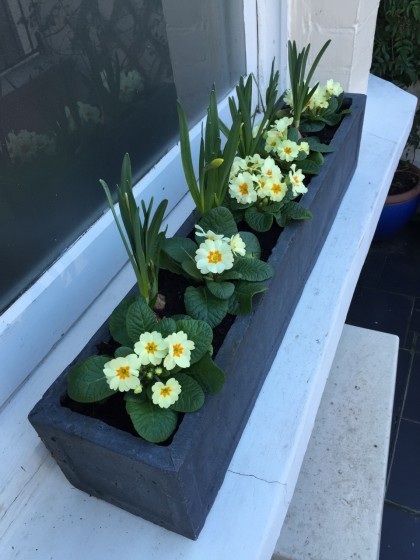 In mid-January, I had fairly firm ideas of much of what I wanted to grow in our garden and in my small vegetable raised bed in the nearby community garden. By 17th January, all of my seeds had arrived… think I ordered way too many. I never did get a carrot 🙁 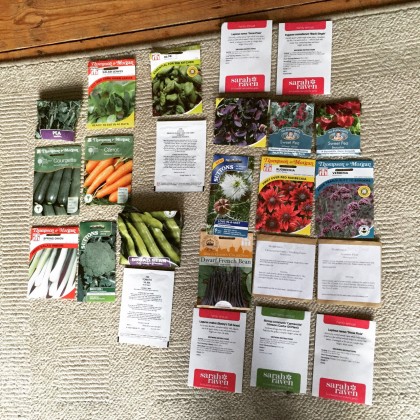 A garden in the sky

Chris and I visited the newly opened Sky Garden high above the streets of London, stopping briefly first at the Barbican roof top conservatory and Columbia Road flower market. 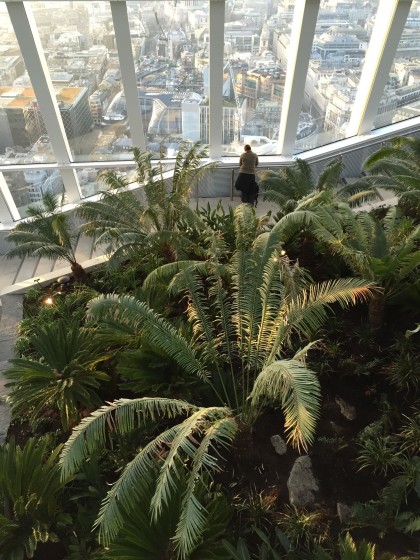 Arriving home to a droopy Hippeastrum. Must remember to stake it if I get it to flower again! 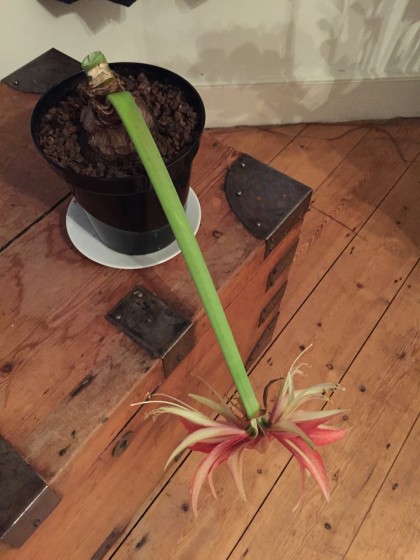 Definitely winter according to an iPhone app and plant sensor 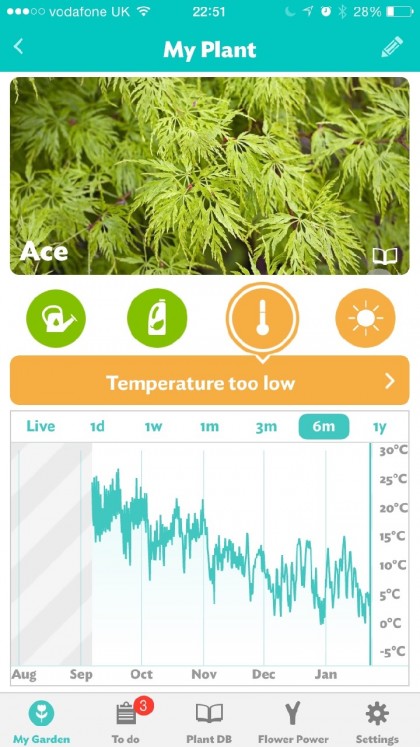 By the end of Jan we had some early Daffodils out front and were happily plodding on with our garden plans unaware of the televisual adventures awaiting us. 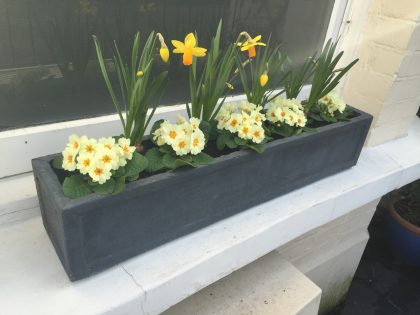 In 2014 we visited lots of Victorian estates which really inspired us. I was especially taken with Biddulph Grange and in January I bought a book for 1p online. As I started reading it one morning, I discovered that the inventor of the Wardian Case – pivotal to Victorian plant hunting – lived minutes from our house in Clapham. I was excited. Very excited!

I rushed out to find the house. And here it is. Run down but rare tree out front and garden still out the back. The glasshouse is long gone though. 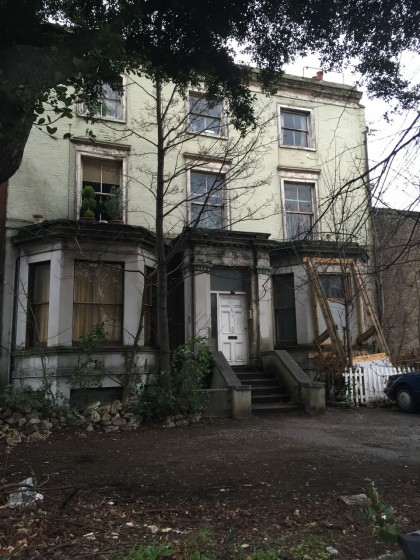 My first RHS Level 2 exams were on the 9th of February and I promised myself I wouldn’t sow any seeds until after that date as a reward for focussing. My one exception was some Coleus (Solenostemon scutellarioides) which popped up on the 1st of Feb. 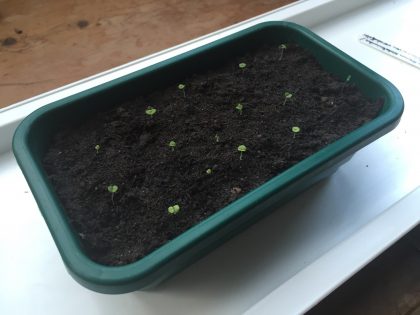 On the 3rd of February I was well into the throes of revision for my four exams the next week. Every waking minute was spent memorising hundreds of pages of content, locked in our living room.

4th February – a tip off from a little birdie…

A last minute walk around Edinburgh city before sunset – here I was memorising Ulex europaeus as a wild hedge! Ahead of the main last minute cramming sesh and a sleepless night. By the following evening, four exams at the Royal Botanic Garden Edinburgh are done and dusted. 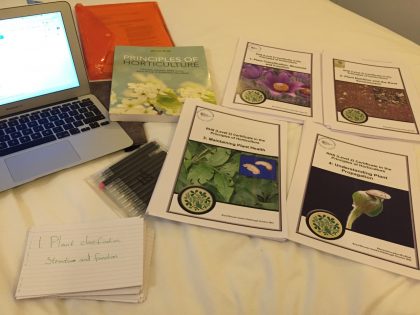 A work trip to stunning Cambridge 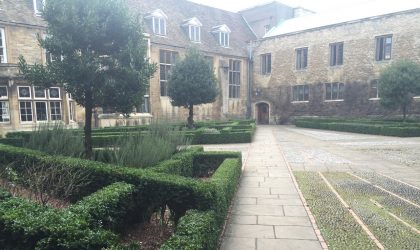 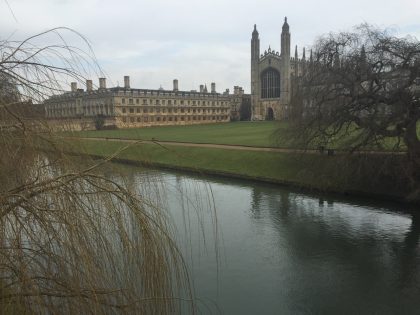 We’d contacted the TV company about the series and in February, they got in touch asking for more info on our garden. So, we replied. 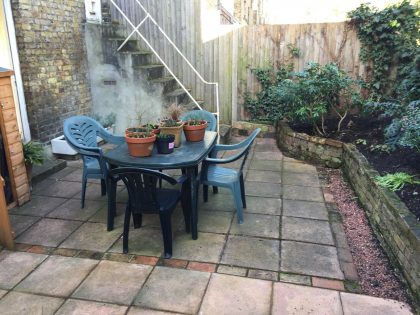 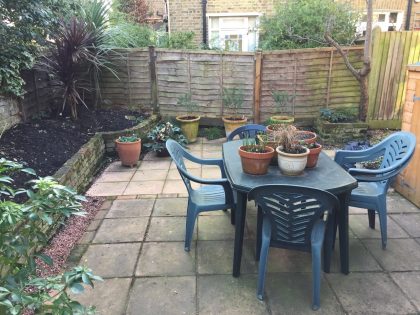 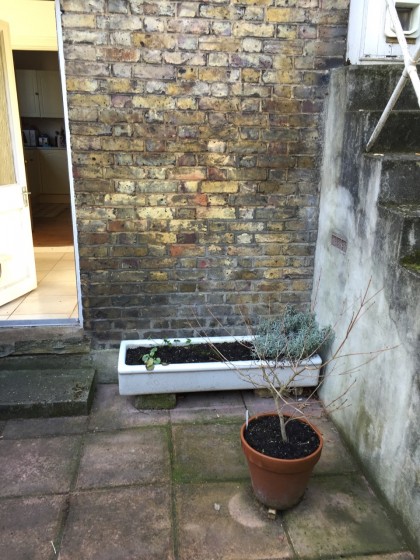 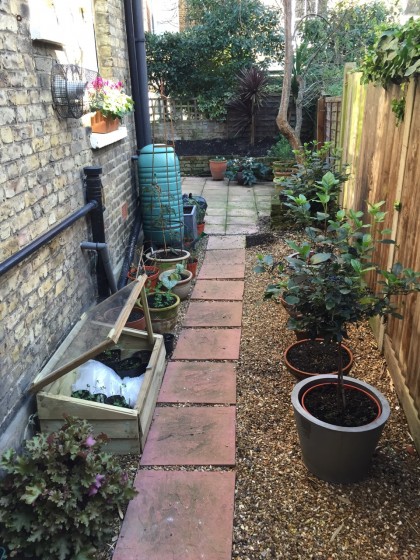 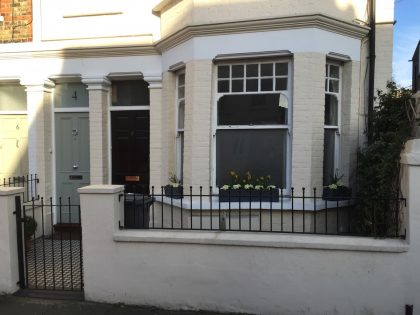 At this point our plans had become quite ambitious (as is probably shown on the programme) with a complete flat renovation happening in the summer. And I mean complete, everything gutted and rebuilt from the ground up. Including two sets of external doors leading out onto the garden.

Oh, and we did have three snowdrops 🙂 but I didn’t bother sending this photo in as they probably wouldn’t interest anyone! 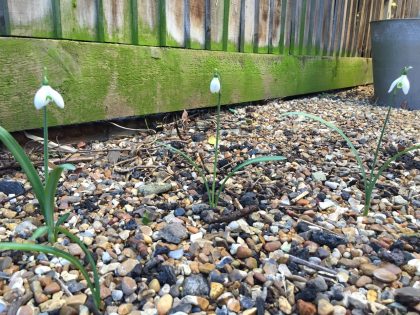 I’d also started sowing the seeds of plants that were to form the bulk of our garden later in the year. 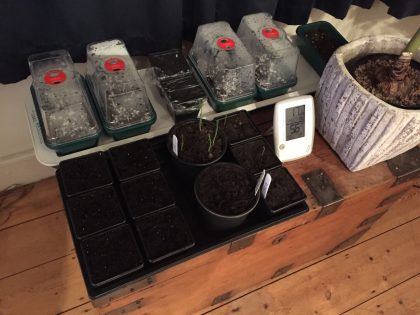 Busted sticking my oar in 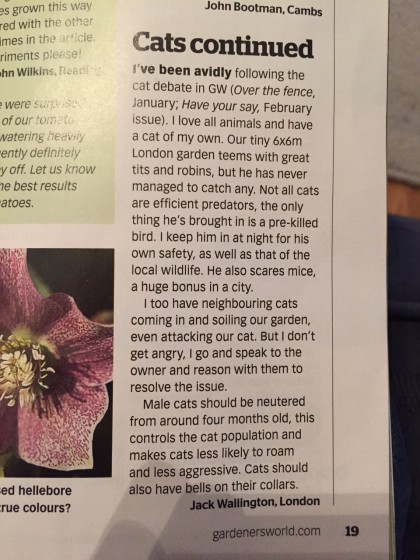 Manuring my raised bed of veggies

Growing early peas and broad beans, plus garlic in my raised bed in the community garden. Everything was doing well and I added a quick late winter manure. 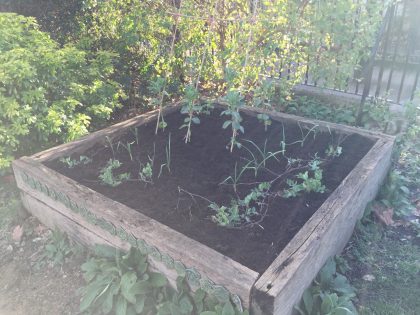 By the end of February, we had filmed a quick piece to camera explaining who we are to the production crew but nothing was definite. We were kept waiting a little while longer before we would know if we were one of the lucky few to make it onto the programme.

Regardless, plans were underfoot to transform our garden into a Victorian botanical wonderland. The plants were definitely starting to grow, my first four RHS exams were off to the examiners and our building contractors were also getting ready … even if it was still icy cold outside.

Everything was set. None of it was confirmed.