Three barrel cacti, including one from Chelsea Flower Show 2014. The flowering one is obviously the healthy new one from Chelsea 🙂 The other two, I’ve had for a couple of years and they’ve pretty much done nothing. I’m putting this down to using some fairly poor “cactus compost” in a packet, which I thing is probably too dry and sandy for the cacti with no nutrients. So, I potted all three into this one pot with a mix of the cacti compost but with about 50-60% normal potting compost with John Innes. Since doing so, at least the spikiest one has now started growing. 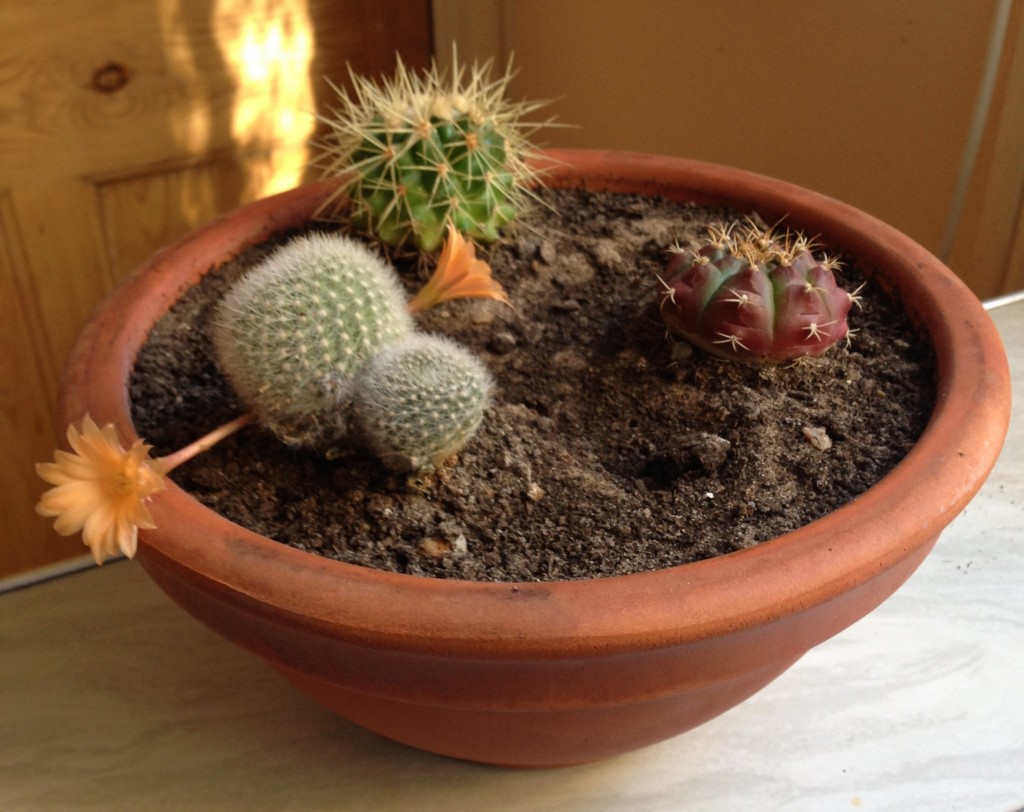 How to remove ground elder organically