Note: since the day I published this the heavens opened dumping over 4cm of water in 72 hours in south London. So for us at least, crisis averted. No more hose pipe ban worries for the time being – now its slug war.

It has barely rained in London now for six weeks. The soil in my garden, allotment and my clients’ gardens is like dust, on the surface and inches down. Plants are hanging on thanks to the cooler nights without supplemental water but barely. My mind is turning to what will happen when the weather hots up for summer.

Rainfall in our garden in 2016 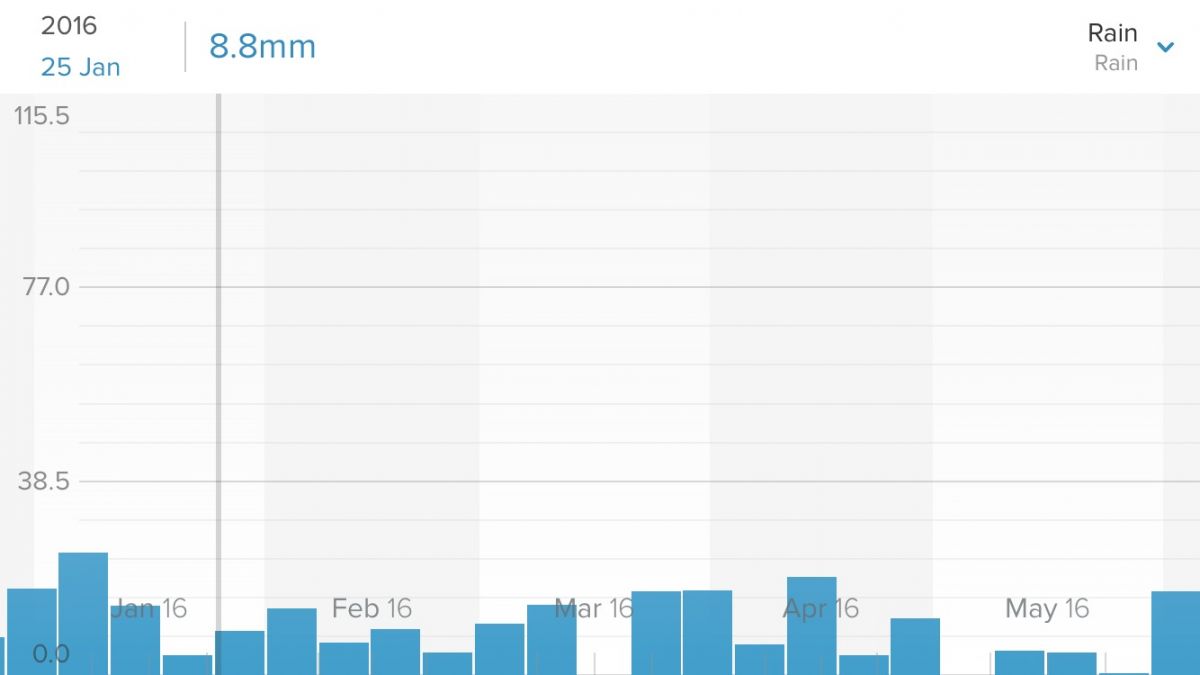 Rainfall in our garden in 2017 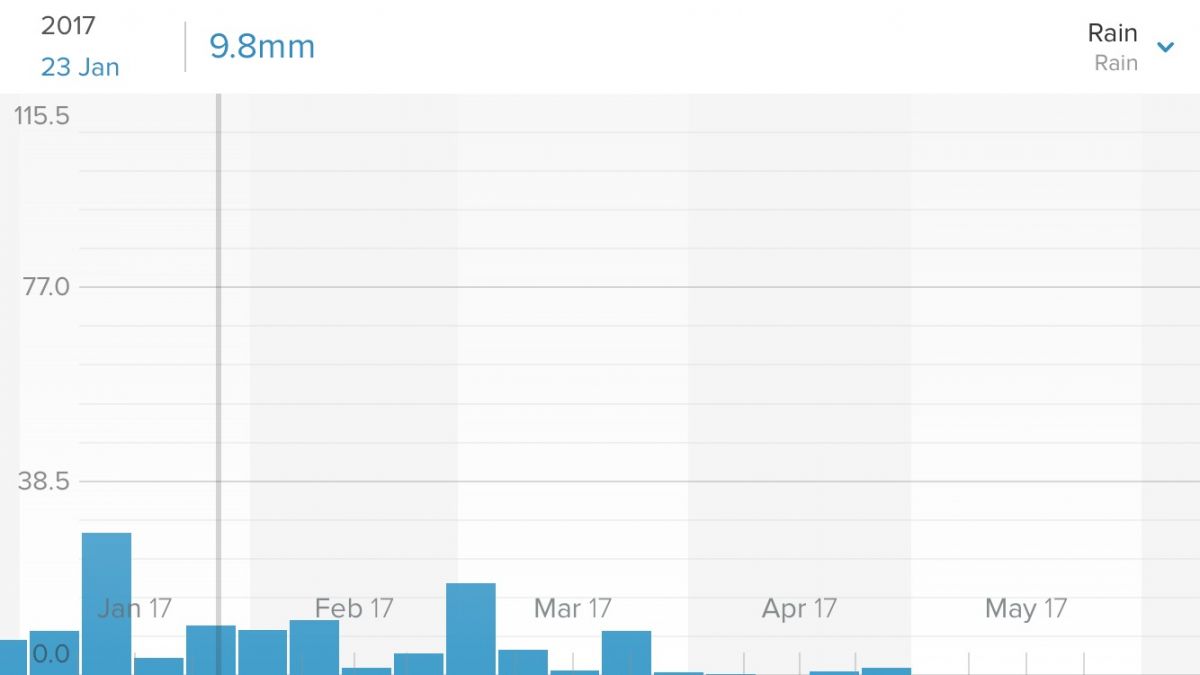 Over the next week we have some storm showers predicted which is a much needed respite. In the last month I’ve had to water my allotment and garden at least once if not twice per week. So much for April showers. We badly need substantial rainfall to top up the water table for summer. Unfortunately for gardeners, what this now means is that ‘if’ we get it, the heavy rains will flatten the young growth of our exploding gardens.

I was chatting to environmental scientist and botanist Rob Edwards about all of this. We were both surprised that the media has only just picked up on the dry weather in the last few days. The signs were fairly obvious – no mass flooding last winter for once – and gardeners up and down the country have been talking about it since November last year.

In the professional gardening groups I’m a member of gardeners have been reporting the dry winter and spring and how this has brought plants on earlier (dry soil = warmer soil). Unfortunately for those early plants, their soft new shoots and flower buds were zapped by three nights of late, hard frost at the end of April. My allotment was hit badly and the effects were seen on scale at Lullingstone Castle where even the ivy had frost damage! Everything will grow back but no Paulownia or Wisteria flowers this year.

Personally I’m preparing for a hose pipe ban although the water boards told press this is unlikely for a while. The situation is most worrying for farmers.

What can gardeners do to prepare for an overly dry summer?

2 thoughts on “Dry winter and spring, what does it mean for summer?”